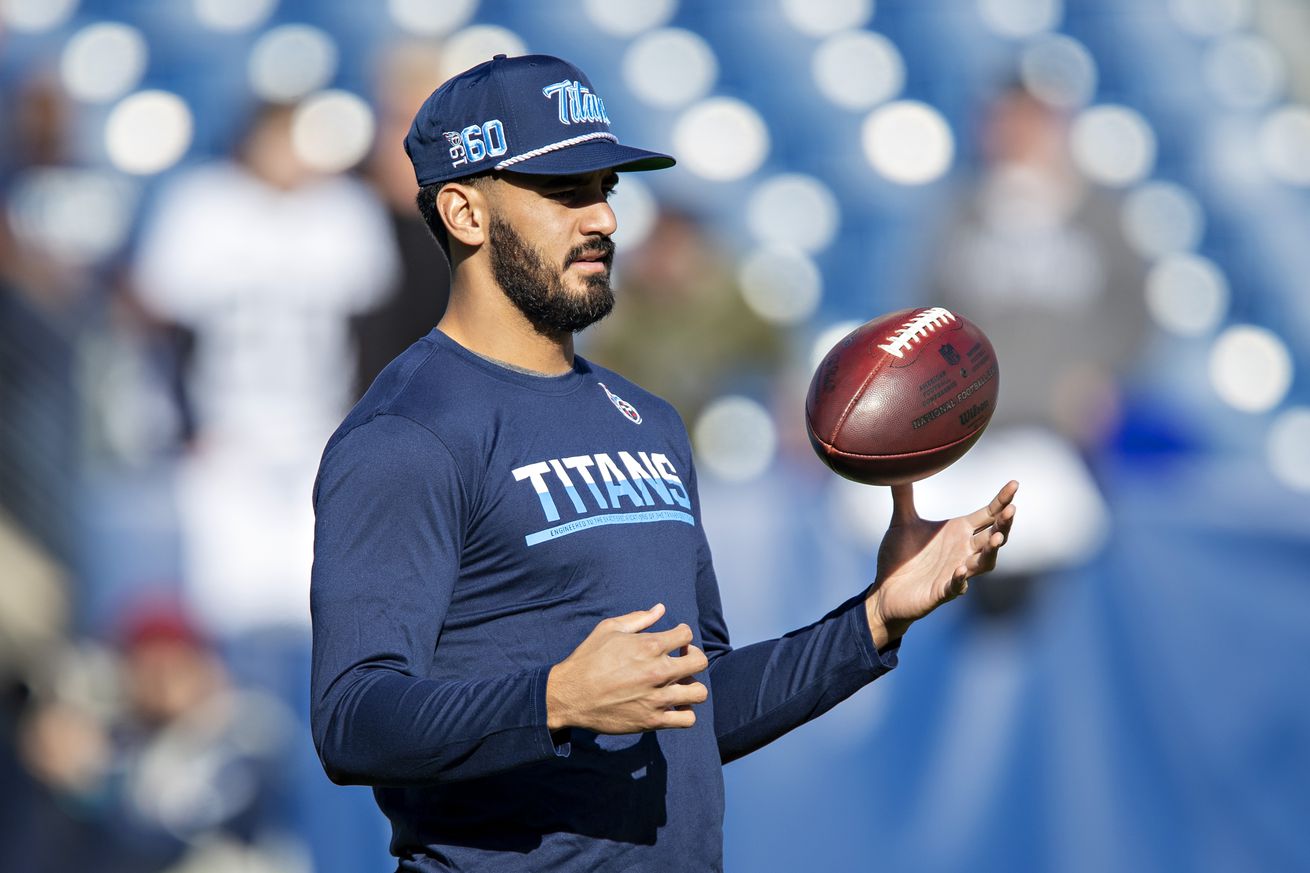 Las Vegas could have special plans for their new QB

Since the Las Vegas Raiders signed Marcus Mariota to a lucrative contract in March, there has been much speculation about what his role may be in Las Vegas.

The most likely role for the former Tennessee Titans’ starter and No. 2 overall draft pick five years ago is that he will back up Raiders’ starting quarterback Derek Carr. Unless there is a shocking development, the only likely way Mariota will become the Raiders’ starter in 2020 is if Carr gets injured.

Two Yahoo podcasters, Terez Paylor and Charles Robinson, discussed another interesting role for Mariota with the Raiders. Paylor brought up the idea of Mariota playing a Taysom Hill-like role with the Raiders. Hill is considered a “half” quarterback for the New Orleans Saints. He plays in some situations and plays various positions including quarterback. Hill had a total of 48 touches in 2019 as a rusher, receiver and as a passer.

Paylor mentioned Mariota has better athletic metrics than Hill and he could suit the role. Robinson countered that Mariota has been prone to injuries and would be exposed in Hill’s role.

While anything is possible, it would surprise me if the Raiders go into the season with Mariota in a dedicated Hill role. Perhaps there will be some assistant packages for Mariota to get on the field. But I think the Raiders like the former Heisman Trophy winner as a true quarterback.

Plus, they also have rookie Lynn Bowden Jr., who can play a Hill-like roll when needed.

What are your thoughts about Mariota’s role this season?