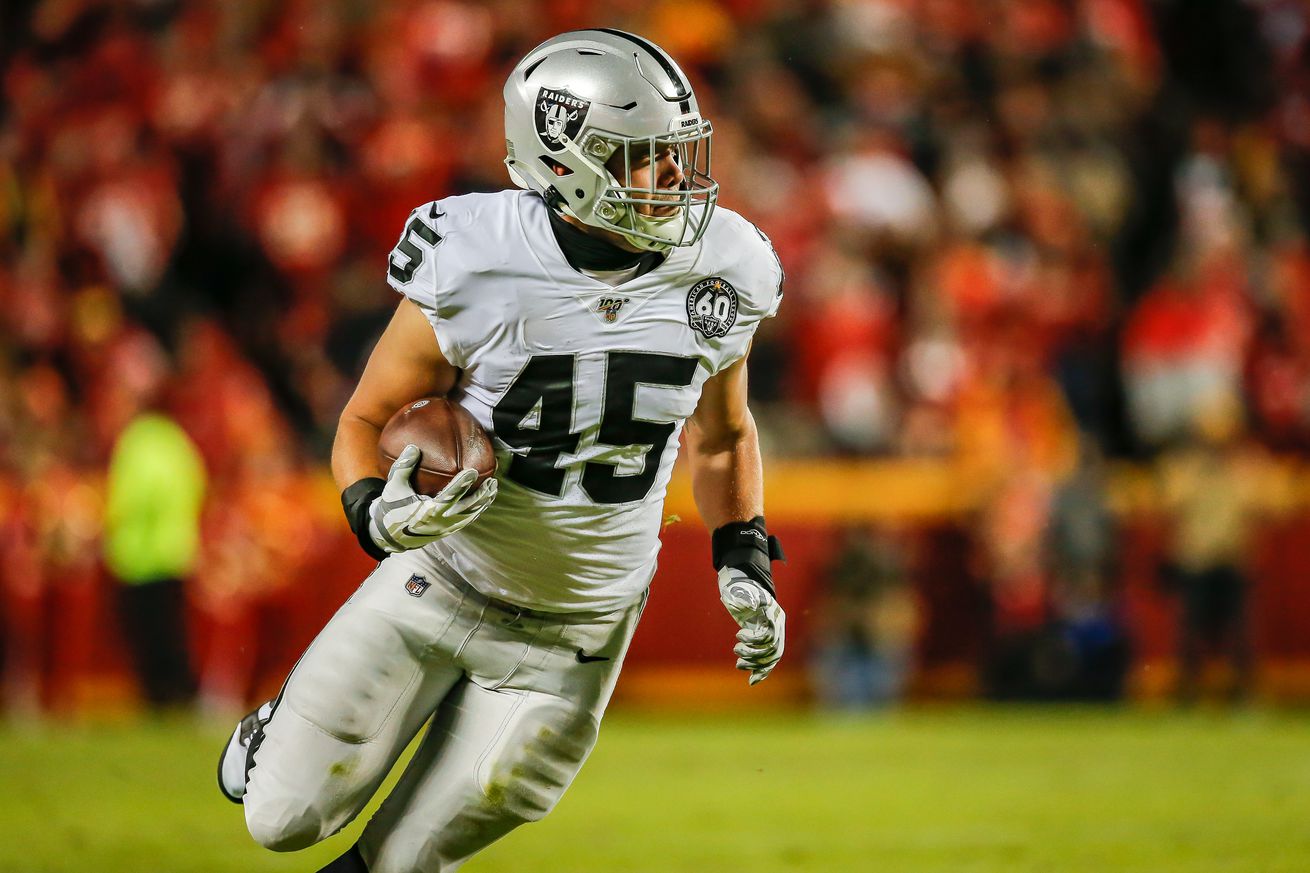 Alex Ingold has always known he was adopted at birth and he’s long been at terms with it.

Yet, in these turbulent times of 2020, Ingold — the Raiders’ exciting season fullback — has found himself compelled to help other children, especially those who are less fortunate than him.

Did you know that I’m adopted? That’s why I’m partnering with @AdoptUSKids : to help raise awareness about the need for more foster and adoptive families for children and youth. Visit https://t.co/n9EwLGsKcm to learn more. S/o the little sis @sydnie_29 pic.twitter.com/lQtaMva7xy

Ingold was inspired to work with AdoptUSKids following the social justice movement sparked by the death of George Floyd in Minneapolis on May 25. Floyd died after a police officer was videotaped kneeling on his neck for eight minutes, 46 minutes. The incident prompted protests across the country and began a nationwide push for racial justice.

“We all reflected on it, right?” Ingold said in a telephone interview from Las Vegas on Monday. “For me, as an adopted, biracial child, I wanted to do something to help kids in foster care to help get adopted … I was so fortunate and I want to help as many kids as I can.”

Ingold, who turned 24 last week, said his goal is to help kids experience “their miracle” of adoption. He said he had a normal childhood even though he did not look like his parents or little sister. Ingold always felt great comfort from his family — which is made up of his mother, Chris, father, Pat, and younger sister Sydnie, who is the biological daughter of the Ingolds. He wants other children to have those same feelings and sense of belonging.

Growing up in Green Bay, Wisconsin, Ingold said the key for him was the constant support and honestly from his parents. They told him early on in his life that he was adopted and answered any questions he had.

Ingold also has praise for his birth mother because of her role in ensuring he had a good life. She met Alec and his parents when he in the third grade, he thought it went well and never had any contact with her since … until last week.

“It’s wild,” he said, explaining that his birth mother direct messaged him on Instagram after she saw his post about AdoptUSKids.

“It was the first time I heard from her in 15 years,” Ingold said. “She (wrote) she was proud of me for using my platform to help others.”

Asked if he has plans of further contact with his birth mother, Ingold said he was unsure and perhaps there would be some contact during “life events.” He said his birth mother did a great job during her pregnancy of researching potential adoptive parents in the Green Bay area and he is forever grateful to her for picking the Ingolds to be his parents. Ingold also said he has never had no contact with — or information about his biological father — adding, “he was the reason for the adoption.”

Ingold wouldn’t change anything in his life journey, however. He enjoyed an enriching childhood, he became a superstar football player and wrestler in high school, he earned a scholarship to the University of Wisconsin and signed with the Raiders as an undrafted free agent, ultimately winning a roster spot last season. He is a now big part of Jon Gruden’s offense.

“My parents have driven my awareness and they’ve had such a big impact on my life,’ Ingold said. “I just want that for as many other kids as possible.”