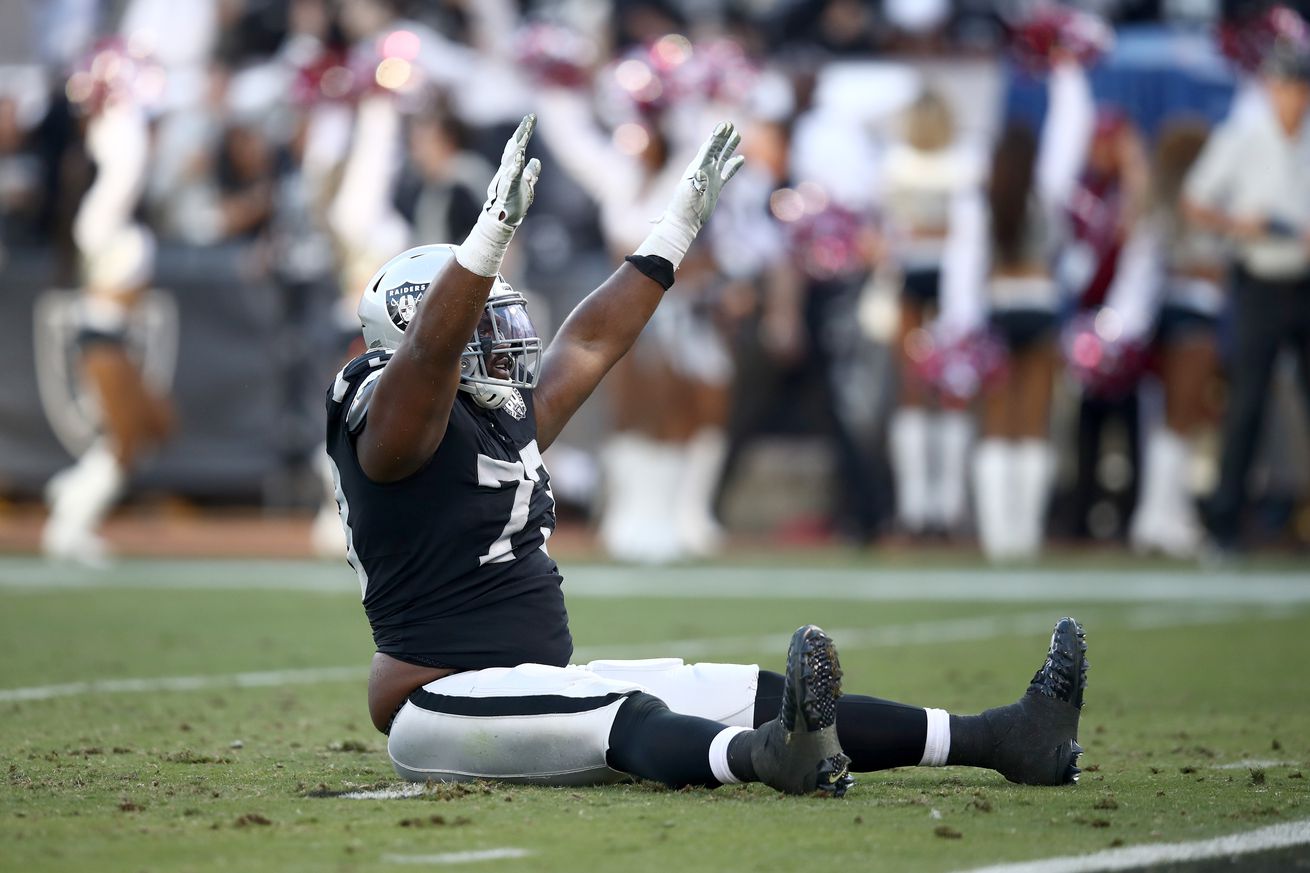 There was a lot of speculation prior to the draft that the Raiders were looking for an interior defensive lineman.

The reason for that interest had nothing to do with Maurice Hurst as the Raiders were looking for a run stuffer. However, they never addressed the position in the draft — although they did add Maliek Collins in free agency on a one-year deal.

The Raiders are high on Hurst. A look at this tweet shows you why:

Those are some big names on that list. If Hurst can build on that success and become a consistent game wrecker, it will go a long way to making the Raiders’ defensive line an upper-level unit. Of course, Maxx Crosby has to do Maxx Crosby things in his second season and Clelin Ferrell needs to make big strides, but Hurst is a big piece of this solution,

The fifth-round pick in 2018 also gives a solid effort and he does make some plays. He is about to enter his rime and if these PFF numbers are any indication, Hurst may be poised to have a major leap in production in 2020.

It certainly won’t hurt Hurst’s development to work with new defensive line coach Rod Marinelli. He is has long been considered one of the premier d-line coaches in the NFL.

There is a lot to look forward to in Las Vegas and continued development by Hurst is near the top of the list.