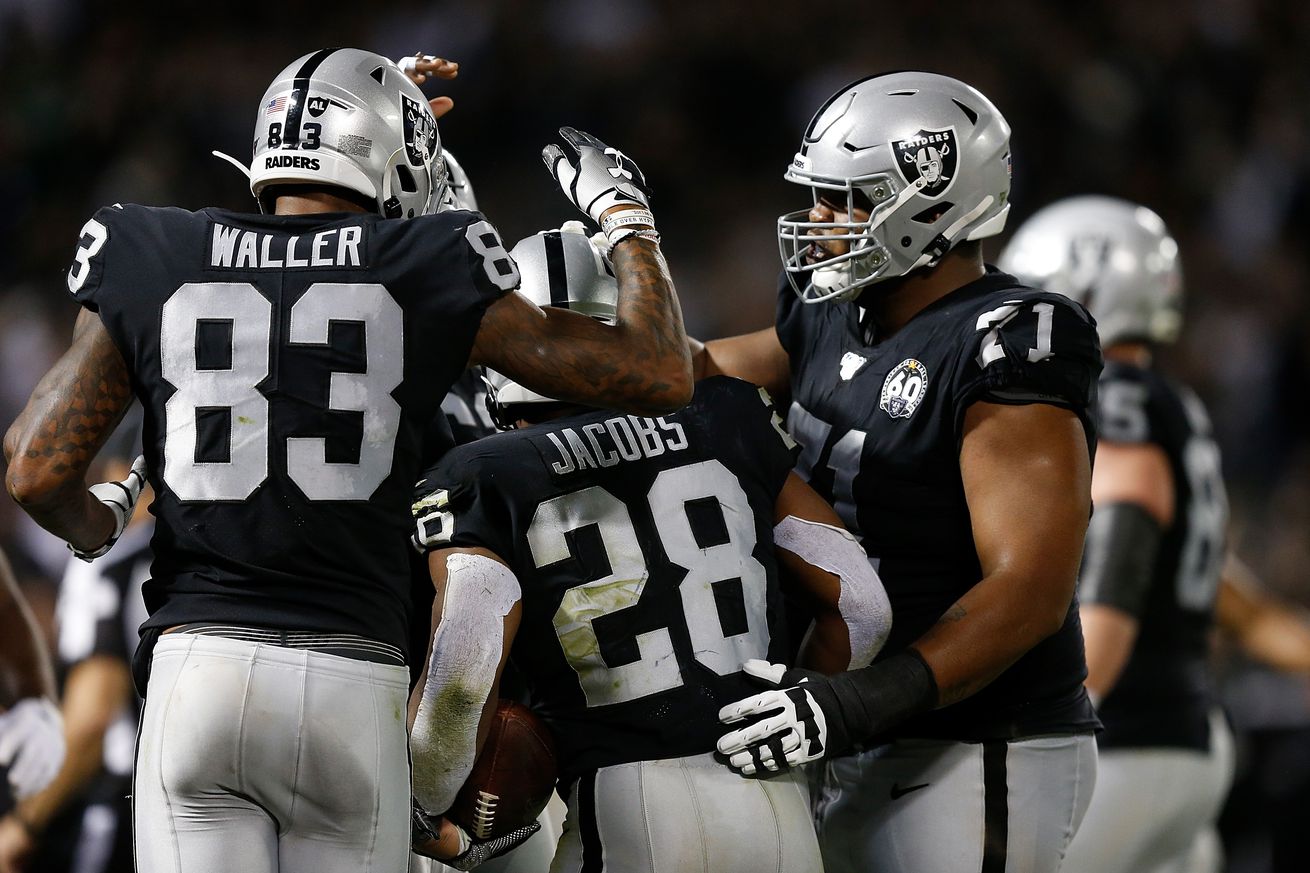 Mike Mayock has been adding weapons over the last 18 months

We can safely say that Las Vegas Raiders GM Mike Mayock has put some emphasis on skill players since taking over. Not only did the Raiders make the high profile trade for a receiver in 2019, but they also drafted running back Josh Jacobs in the first round. Mayock then took tight end Foster Moreau in the fourth and receiver Hunter Renfrow in the fifth.

In 2020, Mayock drafted receiver Henry Ruggs III in the first, then running back Lynn Bowden and receiver Bryan Edwards in the third.

A “traditional” NFL team may have five offensive linemen, one quarterback, and five skill players. The defense has zero offensive skills players, of course. So on a rudimentary basis, skill players would make up loss than one fourth of a team’s starting offense and defense. With special teams included, it’s even less. But in two drafts, Mayock has spent two first round picks, three third round picks, a fourth round pick, and a fifth round pick on skill players, plus the trade for the receiver.

Playing with quarterback Derek Carr last season, Waller had 90 catches for 1,145 yards. Renfrow had 49 catches for 605 yards. Jacobs rushed for 1,150 yards on 242 carries and scored seven touchdowns. Which of these players, including the rookies, is setup for the most success next season?

Jacobs will be running behind what should be one of the best offensive lines in the NFL. I think you could build Hall of Fame arguments for Richie Incognito and Rodney Hudson right now, if we were just talking about talent. They don’t quite have the hardware, for a number of reasons. These players, and Trent Brown, Kolton Miller, and Gabe Jackson are also likely to give Carr or Marcus Mariota better protection than average.

With that, Carr can look to Waller or he could focus his attention on giving Renfrow 120+ targets, as I’ve predicted he would. I don’t believe that Ruggs will or must be relied upon as a rookie, but we’ve seen young receivers contribute earlier than normal; players like A.J. Brown, Marquise Brown, DK Metcalf, Terry McLaurin, Deebo Samuel, Diontae Johnson, Darius Slayton, and Renfrow could all be argued to have been the best receivers on their teams last season as rookies.

In which case, someone like Bryan Edwards or Bowden could potentially surprise and/or be more pro ready than Ruggs. Who do you expect to have the best 2020 by a Raiders skill player, however you define “best”?