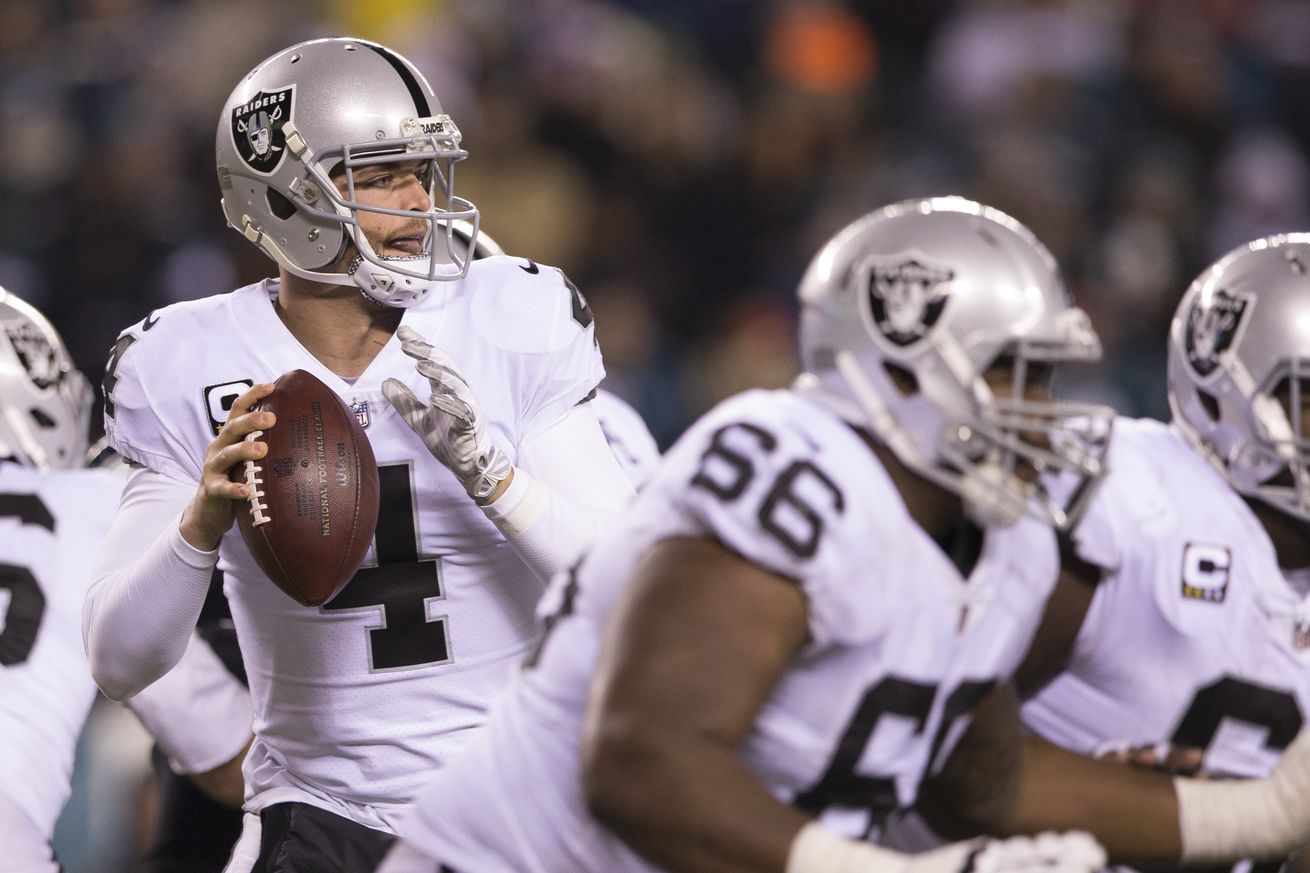 The Oakland Raiders drafted quarterback Derek Carr and guard Gabe Jackson in the 2014 NFL Draft and they are currently the longest-tenured players on the Las Vegas version of the team. Mike Mayock was hired as GM on December 31, 2018. He has changed out many of the players who Carr and Jackson were playing with at the time.

Which Raiders remain on the team from when Mayock was hired? There are 17 22 names, which seems like a lot, but remember that this is what remains after only one season has been played in that time and many of these names could be replaced, if they haven’t already with only time separating them from perhaps looking for a new team.

The real question may be: “How many of the players who remain pre-Mayock are “pivotal” to Las Vegas’s success in the next two years?”

The team has stuck with Carr more out of necessity (no better options they could find this offseason) than a widely-accepted belief that Carr can lead them to the Super Bowl. I think Derek Carr can be a Super Bowl-winning quarterback, though I don’t see him as a quarterback who’s winning the Super Bowl.

Hudson, Jackson, and Miller make up 3/5ths of a great offensive line, with Mayock adding Trent Brown and Richie Incognito in the other two spots.

And he inherited Maurice Hurst, a potential key asset if healthy and other things. Not that the Raiders don’t have some integral role players peppered in here, but it’s not hard to envision that by the start of his second season as GM, Mike Mayock will have changed out all but maybe eight or nine of the roster spots that make up the Raiders. (With rosters expanding to 55 next season.)

Will they be better for it?

Wiped out are all the receivers (Jordy Nelson headlining), the tight ends (Jared Cook), starting running backs (Doug Martin, Marshawn Lynch), all the starting linebackers, most of the cornerback room including Gareon Conley, and all the safeties save for Harris.

I don’t think most of these players are missed. Conley may have turned a corner, according to some, but Mayock is doing the job he was hired to do. Now it’s a matter of seeing if the pieces are going to fit like he envisioned when he moved them around.