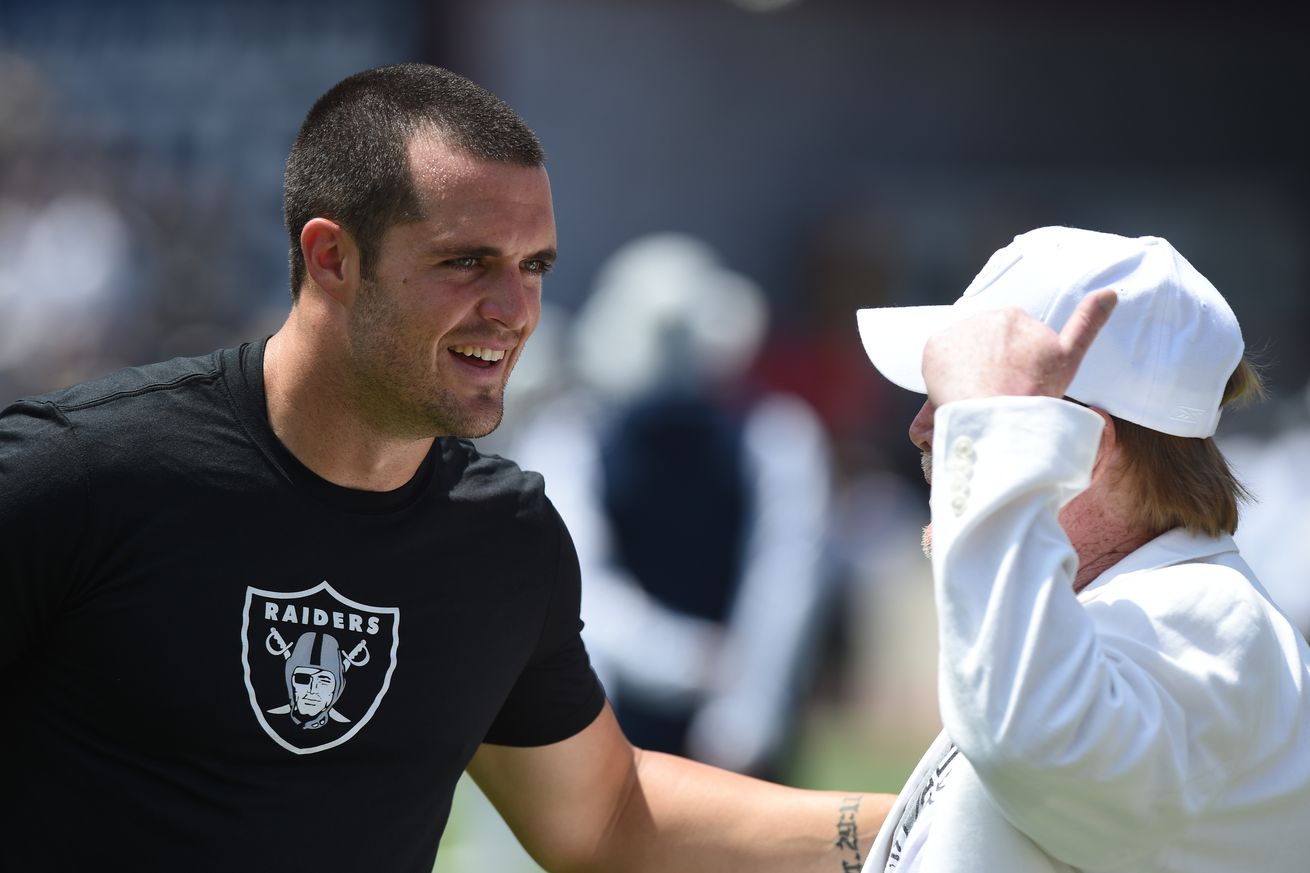 It starts with No. 4

Assuming there are no coronavirus delays, the Raiders start their 2020 season in four months.

The heavy lifting of the offseason is over and for the third time in as many years of the Jon Gruden Part II era, there was a lot of change.

This offseason, as the Raiders transition from Oakland to Las Vegas, is about taking the step into playoff contention. They went 7-9 last year and made a lot of upgrades this offseason. It’s time to make a playoff push.

Below are the three people in the organization who have the most pressure on them as the Raiders head into 2020:

Derek Carr: This is no surprise. He is currently the most polarizing person in the organization. Whether you believe in him or not, the reality is the Raiders believe he is their best option for this year … but he needs to prove it. This offense has big potential. The supporting cast has been set. It is time for Carr to go deep, stand in the pocket, rely on checkdowns less and get the ball into the end zone on a consistent basis. At the age of 29, the Raiders want to see Carr take a huge step forward.

Mark Davis: This is his team. This is his move to Las Vegas. The Raiders can’t be a disappointment on the field in their new home. Local fans will lose interest and more tickets will end up in the hands of opposing teams’ fans if so. Davis needs his Raiders to be good this season.

Paul Guenther: I didn’t put Gruden’s name on this list. The only way I can see Gruden being on the hot seat is if the Raiders win just three or four games without major injuries, and I don’t see that happening. But I do see Guenther, his defensive coordinator, possibly being at risk. The Raiders spent big on Guenther’s side of the ball in free agency and used the No. 19 overall draft pick on his unit. If Guenther’s defense doesn’t start helping the Raiders win games on a consistent basis, his job security will certainly be a topic.