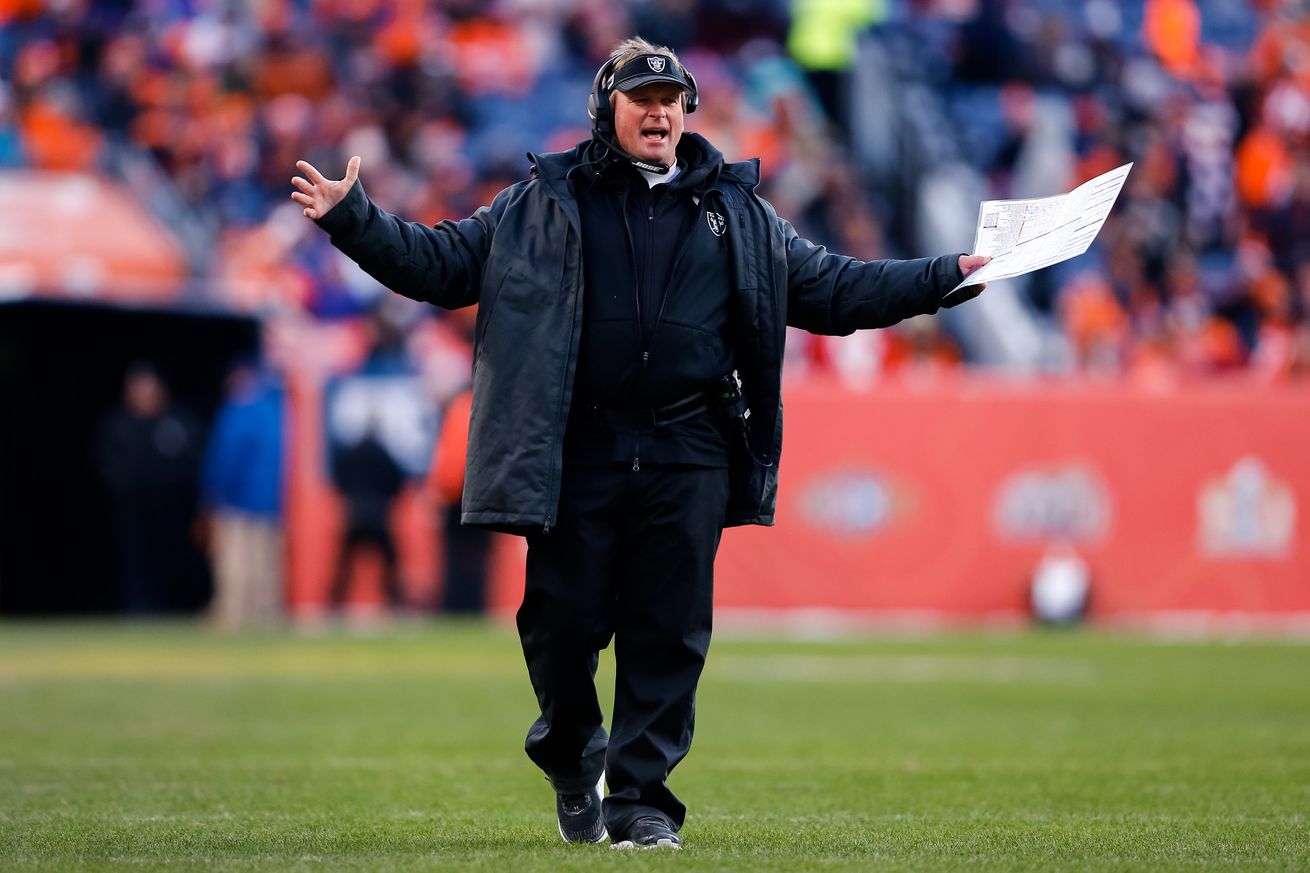 Top 10 coaches in the NFL
(According to @seanjwagner)

It’s no surprise Gruden didn’t get named. NFL coaching is extremely what-have-you-done-lately? work. In the two seasons since he returned to the sidelines after 10 years away, Gruden’s record is 11-21. Clearly, that type of record is not going to get anyone named on a top-10 list.

But were does Gruden, whose 10-year, $100 million contract is the biggest among NFL coaches, currently rank in the NFL coaching sphere? I’d say somewhere in the middle of the pack.

Let’s break it down:

That’s why most owners have short leashes on head coaches. It’s all about winning.

Gruden has rebuilt his roster and the Raiders are primed to win. Perhaps next year we’ll revisit top 10 coaching lists and see Gruden’s name on them.