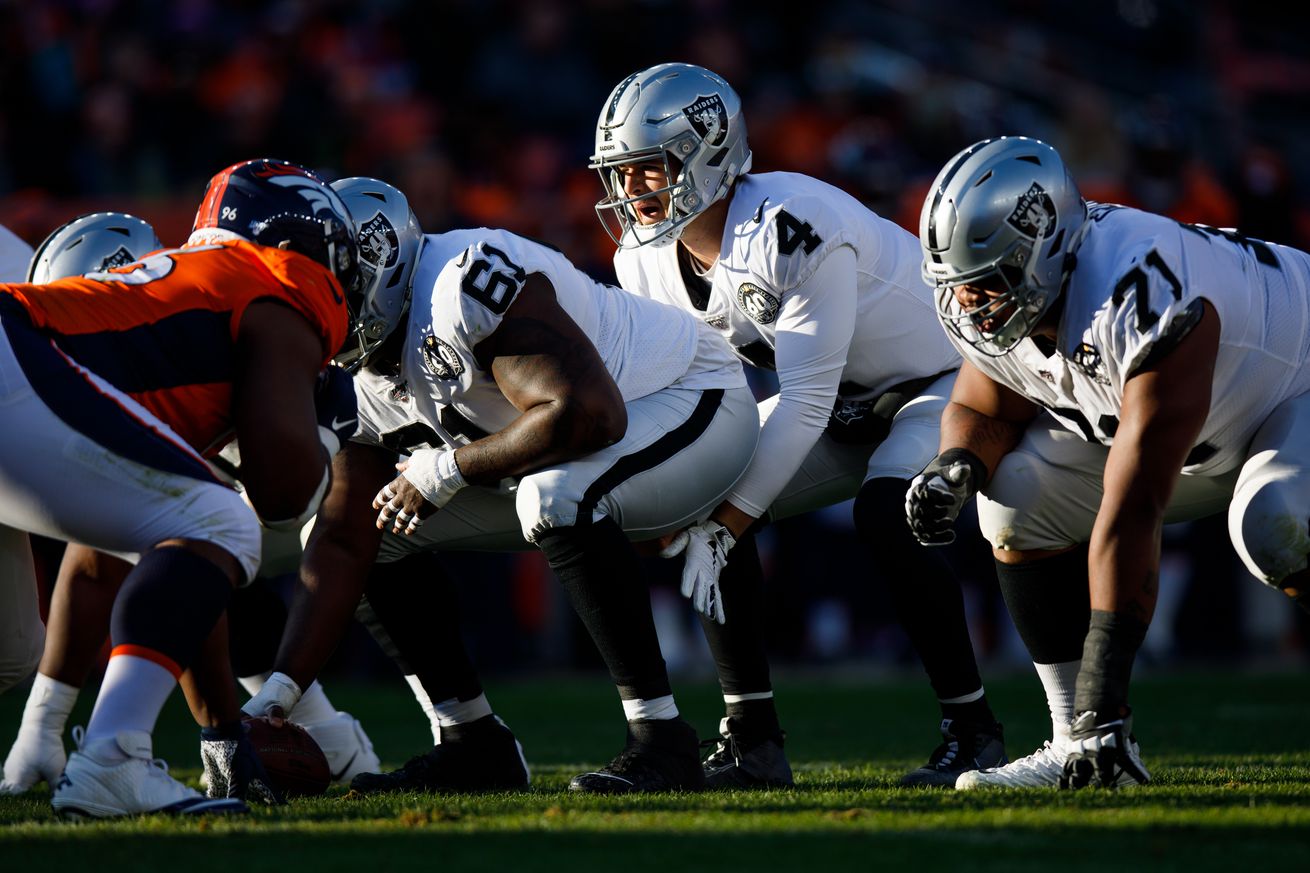 The NFL released its regular season schedule Thursday, and while the Raiders’ schedule is undeniably tough — facing the Saints, Patriots, Panthers, Chiefs and Bills in Weeks 1-5 … then it eases up after the bye week.

Keep this in mind.

The Raiders face, by far, the toughest schedule in the NFL weeks 1-11.

Then they face the second easiest from weeks 12-17. pic.twitter.com/CVBKYtPZhi

I believe the key to the Raiders’ season — this team is, no doubt, shooting for one of the seven playoff spots in the AFC — is Weeks 7-10.

The four-game stretch coming out of the bye very well may define the Raiders’ season. It is not an overly daunting stretch. It begins with a home game on Sunday night against Tampa Bay. The Raiders have back-to-back road games at Cleveland and in LA for the Chargers, and then come home to play Denver. None of these opponents are going to be world beaters. No, I’m not sold on the Tom Brady Buccaneers.

These should all be games the Raiders can easily compete in. They need to go no worse than 3-1 in this quarter of these season.

The Raiders host the Chiefs in Week 11 and the then schedule gets a lot easier to finish the season.

Yet, they must take advantage of Weeks 7-10.