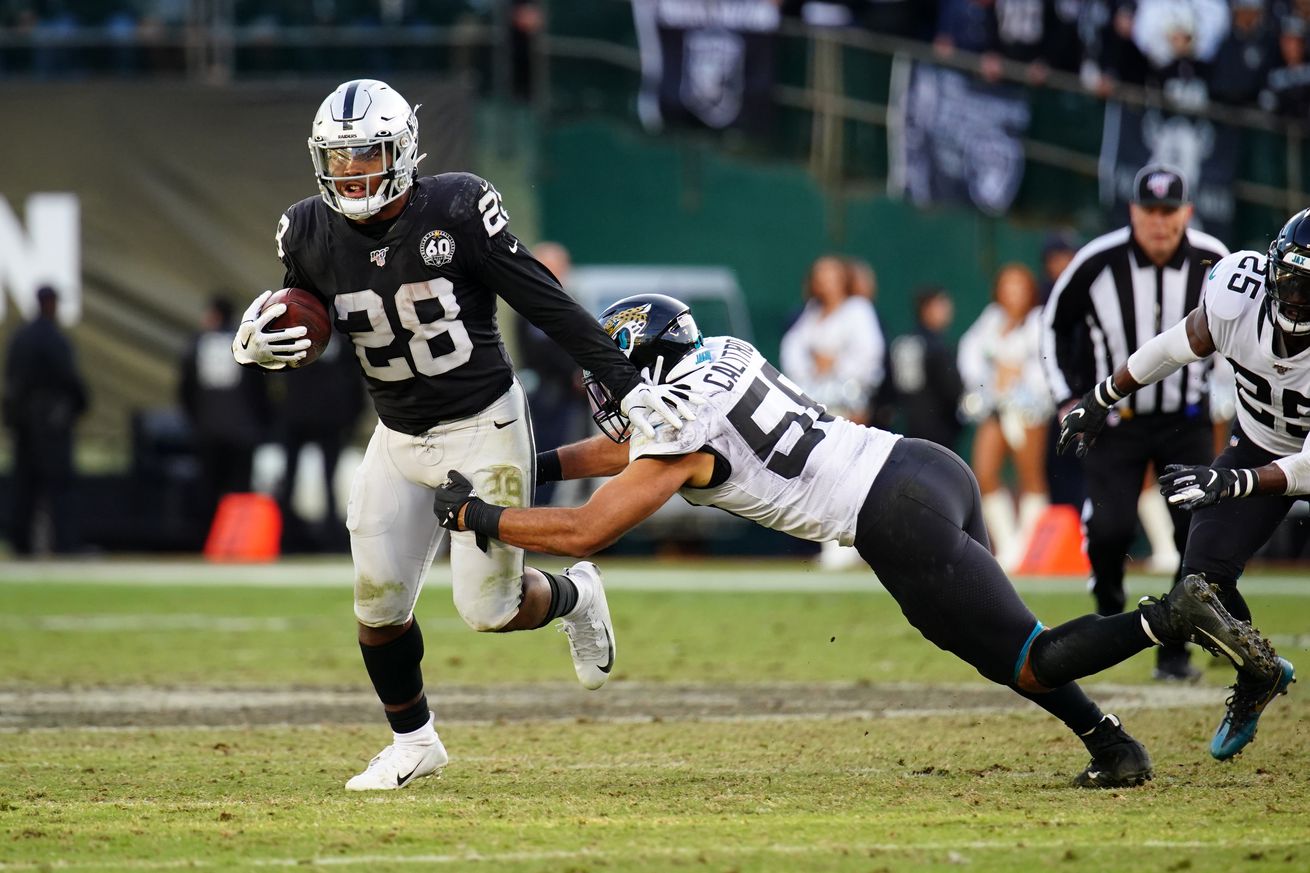 Second-year player is candidate to lead NFL in rushing yards

Last week, we looked at the rookie season of Las Vegas Raiders’ slot receiver Hunter Renfrow and the promise he has for his second season.

That’s great news for the Raiders, however, we also have an added bonus: Renfrow isn’t the only second-year offensive player who has a chance to take a big leap in 2020.

So does running back Josh Jacobs.

The 2019 first-round pick was tremendous as a rookie and was snubbed as the NFL Offensive Rookie of the Year. Check out these next-level stats from Pro Football Focus that illustrate just how dominant the Alabama product was in the 13 games that he played in:

I’m not always sold on PFF numbers, but I buy these metrics. They are not subjective, but plainly factual and you can clearly how it makes Jacobs so effective at his position.

Those metrics helped Jacobs produce high-quality basic NFL stats. He was eighth in the NFL with 1,150 rushing yards, which is impressive considering he was injured for three games. His 88.5 per game average was the third highest in the NFL. His 4.8 per carry average was tied for third in the NFL.

On a recent Silver and Black Pride podcast, longtime NFL scout Matt Williamson said he believes Jacobs will become a true bell cow running back. Yes, Jacobs is just scraping the surface of his dominance and he has a chance to have a brilliant career. The only concern surrounding Jacobs is health. The Raiders hope he can play a full 16-game slate in 2020. There is no doubt the punishing Jacobs is tough, he played with a shoulder injury for much of last season.

If Jacobs, a part-time player at Alabama, can stay healthy, he can turn his 242 rushes as a rookie into the 300-range in 2020. Only two running backs, rushing leader Derrick Henry (303 carries) and Ezekiel Elliott (301) broke the 300-carrier barrier, in 2019. Thus, if Jacobs can stay healthy, he is a legitimate candidate to lead the NFL in rushing yards in 2020.