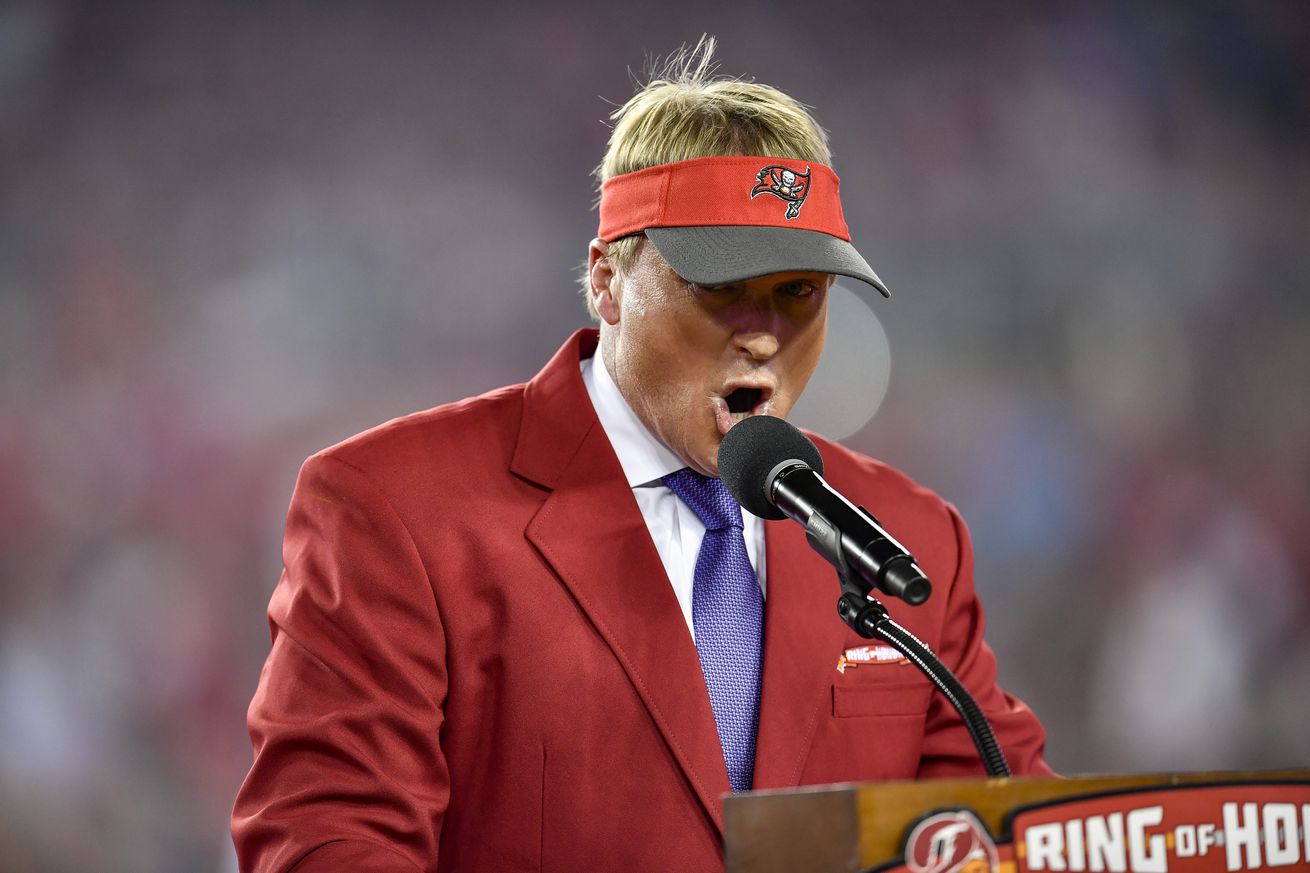 From the Tuck Rule to Derek Carr’s ankle, we dare to dream

It’s “What if?” week at SB Nation, so let’s play revisionist history and wonder if these terrible things didn’t happen.

The Tuck Rule:
I mean, this is the big one, right? It’s on the mind of every Raiders’ fan to this day. The Raiders had this victory in the bag and it was taken away in probably the most controversial officials’ call in sports history. The Raiders would have played in the AFC title game against Pittsburgh the next week. Raiders’ fans are convinced they would beat the Steelers and then won the Super Bowl. Hard to argue against it.

Not trading Jon Gruden:
The Tuck Rule game was Gruden’s last in his first tour as the Raiders coach. Al Davis traded Gruden to Tampa Bay that offseason. The Raiders lost their edge after Gruden left. And, of course, they had to deal with the humiliation of Gruden destroying them in the Super Bowl in his very first season in Tampa Bay. Had Davis kept Gruden, the Raiders probably would have won a Super Bowl or two during that era.

Drafting Larry Fitzgerald over Robert Gallery:
There are a lot of “what if?” questions when it comes to the Raiders and missed draft picks. But I think the biggest gaffe was taking offensive lineman Robert Gallery over Fitzgerald in 2004. Gallery was the No. 2 pick, then the Cardinals took Fitzgerald was taken with the next pick and he headed to Arizona. Gallery played seven seasons for the Raiders and he was just average. Fitzgerald is still playing for the Cardinals and is considered one of the greatest receivers of all time. He is also a pillar in the community. He would have gone down as one of the most beloved Raiders of all time.

JaMarcus Russell wasn’t horrible:
So often, the “what if?” here is what if the Raiders didn’t take Russell? I want to know what if he didn’t stink? If Russell was as good as the Raiders expected him to be, he would probably still be the Raiders’ quarterback and they probably would have had a playoff win during the past 13 years.

Derek Carr didn’t get hurt in 2016:
This one still hurts. The Raiders were flying high when their season suddenly got gut punched when Carr broke his ankle in Week 16 on Christmas Eve. The Raiders’ season was cooked (Connor Cook pun) and Carr hasn’t played up to his 2016 level since. I don’t know if the Raiders would have won the Super Bowl if Carr didn’t get hurt that season, but they probably would have beaten Houston in the wildcard round.

What are you Raiders’ “what ifs?”