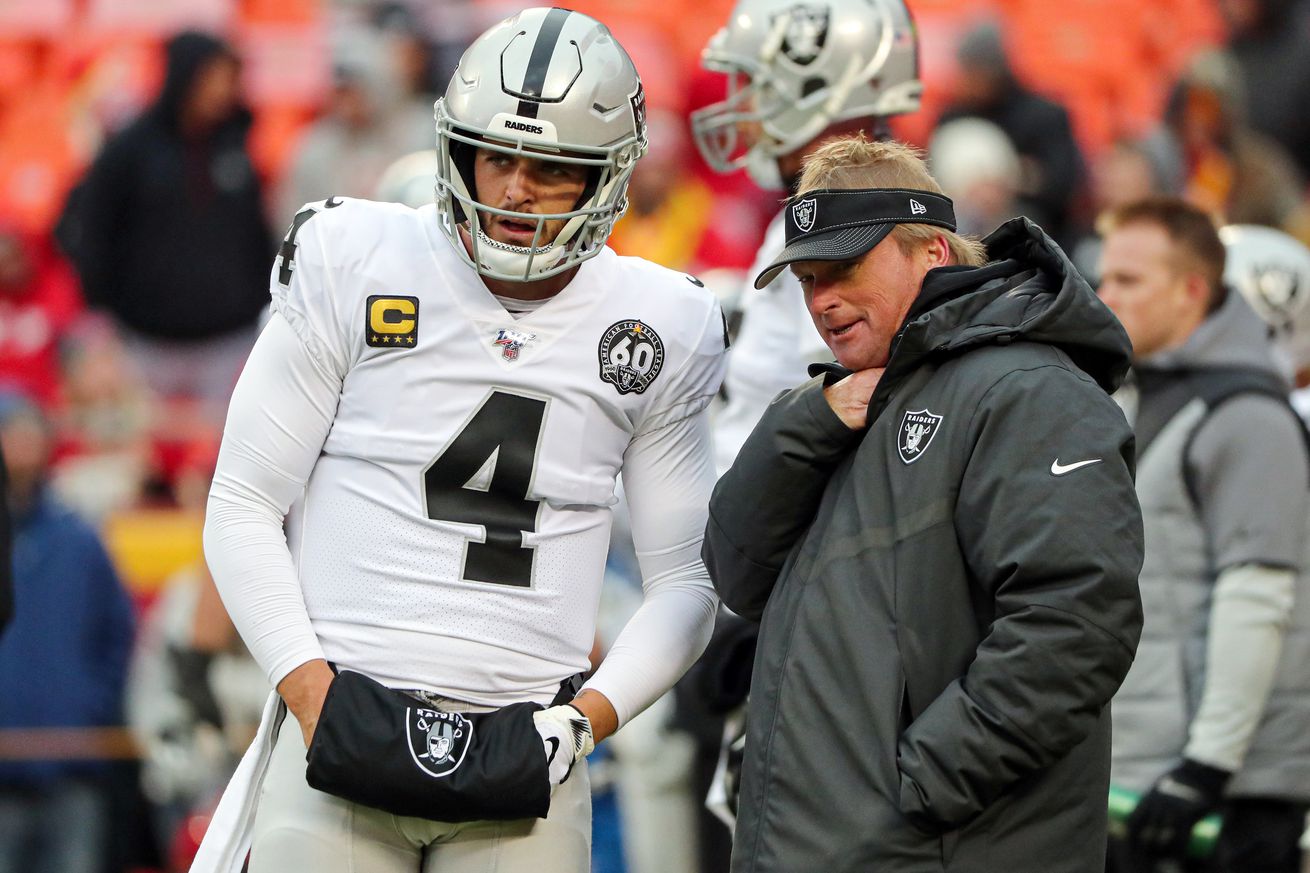 Derek Carr, Henry Ruggs II and Johnathan Abram would be TV gold on the HBO series

Perhaps HBO and NFL Films missed the boat by a year when it comes to subject matter for Hard Knocks, the award-winning behind-the-scenes series that chronicles an NFL team through training camp each summer.

The Raiders were the Hard Knocks team last season, and with all credit to the Raiders — it wasn’t one of the most compelling versions ever. The Raiders kept things close to their chest, especially the Antonio Brown melodrama that exploded shortly after the cameras stopped rolling in early September.

In an attempt to spice up the show, for the first time ever there will be two teams will be featured this year. It was officially announced Thursday that both the Rams and Chargers will on the show as HBO follows both Los Angeles teams’ journey into SoFi Stadium.

But what if the Raiders were the Hard Knocks team this year? What would the top storylines be? Let’s take a look … I’m deliberately not mentioning dealing with the coronavirus pandemic, because that’s something every team is going to go through in training camp.

Vegas, baby:
This is a historic time for the franchise. The Raiders will begin play at Allegiant Stadium this season and will hold training camp at their new facility in Henderson, Nevada.

The quarterback:
It’s always about Derek Carr. The Carr-Jon Gruden dynamic is super interesting if only because of their diverse personalities, but it works for the most part. Carr got plenty of Hard Knocks air-time last year and he would have gotten more this summer in what is another crucial season for him.

The rookies:
Last year’s rookie class raised the bar. The group, for the most part, shined during the regular season and gives big hope for the future. The Raiders need their 2020 draft class to be awesome, too. The highlight would be on first rounders, receiver Henry Ruggs III and cornerback Damon Arnette and third-round skill-position players Lynn Bowden Jr. and Bryan Edwards. This class seems to have a lot of personality and it would have been fun to watch the group go through camp.

Defensive additions:
The Raiders spent big on defense, highlighted by the signings of starting linebackers Cory Littleton and Nick Kwiatkoski. Watching them work to fit into Paul Guenther’s defense would have been a Hard Knocks thrill.

Johnathan Abram Gets Roasted for Mispronouncing “Salmon” (Ditch the Playbook)

Hard Knocks: Training Camp with the Oakland Raiders is Streaming on HBO

Johnathan Abram:
He was a Hard Knocks darling as a rookie. It would have been fascinating to see the strong-willed safety fight back from a shoulder injury that robbed him of all but one game of his rookie season.