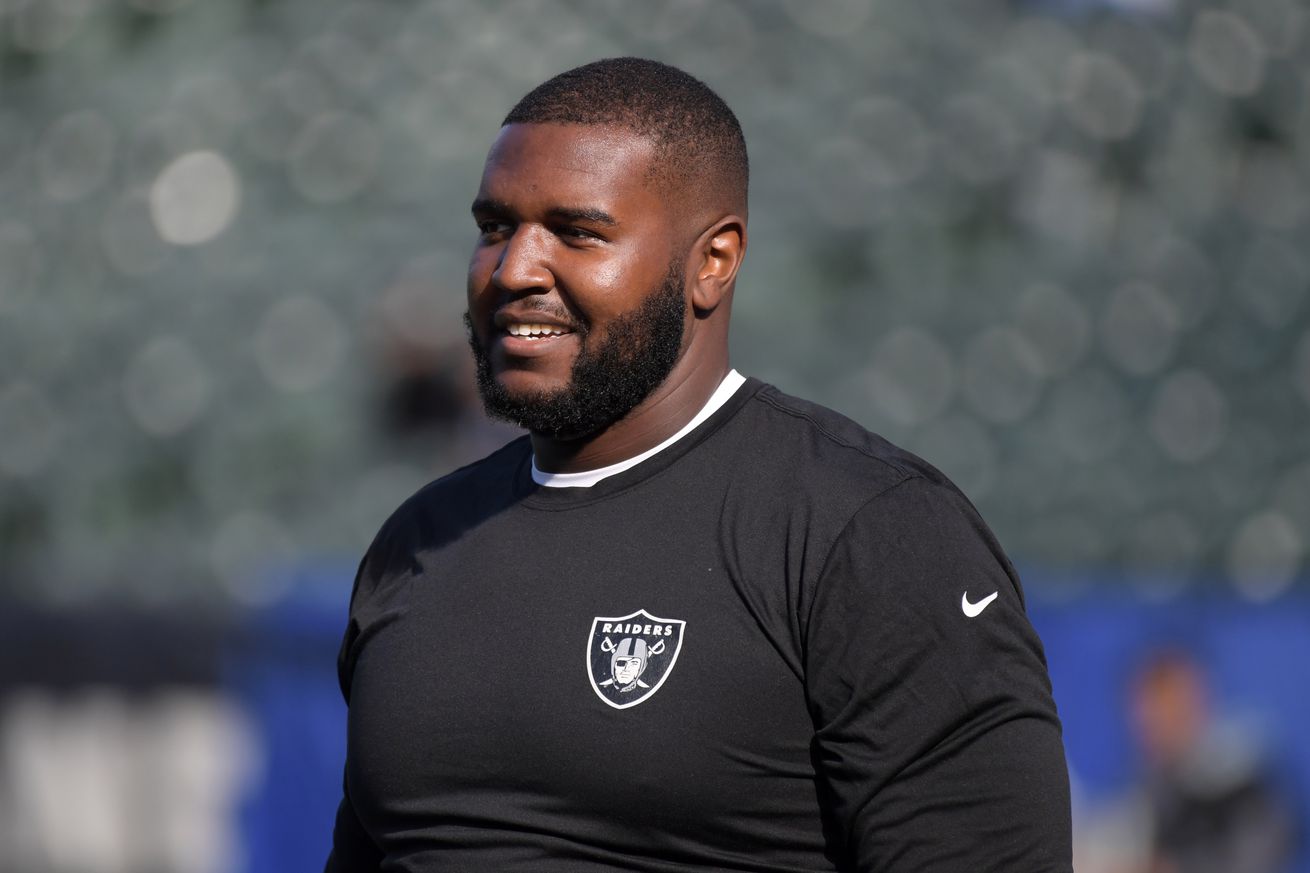 Where do Rico Gafford and Brandon Parker fit with Raiders?

We learned how the Raiders feel about the bottom of their roster on Sunday when they released their inactive list prior to their 34-30 victory at Carolina.

Let’s take a look at each player who didn’t suit up Sunday:

Rico Gafford:
He has been praised by coaches and teammates, but the reality is Gafford is the No. 6 receiver on the roster. Unless Zay Jones (who played nine offensive snaps Sunday) regresses or if there is an injury, Gafford will likely remain the No. 6 receiver.

Dallin Leavitt:
This was no surprise. Leavitt played some last year, but it is what it is. Still, we may see him in uniform now and again this season.

Brandon Parker:
Parker is just hanging on the roster, and if he wasn’t the first pick of the third round by Jon Gruden just two years ago, he’d probably be off the roster by now. The fact that Trent Brown went into the game not 100% healthy and Parker was inactive shows the staff still isn’t sold on him.

Daniel Ross:
Gruden praised him in training camp so we may see him some this season. The reason why Ross was not suited up was Kendall Vickers, the surprise of training camp this year, is doing well. He played nine snaps Sunday. So, Ross must outperform Vickers in practice if he wants to dress on game day.

John Simpson:
It’s a little disappointing that the fourth-round pick didn’t suit up, but the Raiders are going to bring him a long slowly. Their plans for him really begins in 2021.