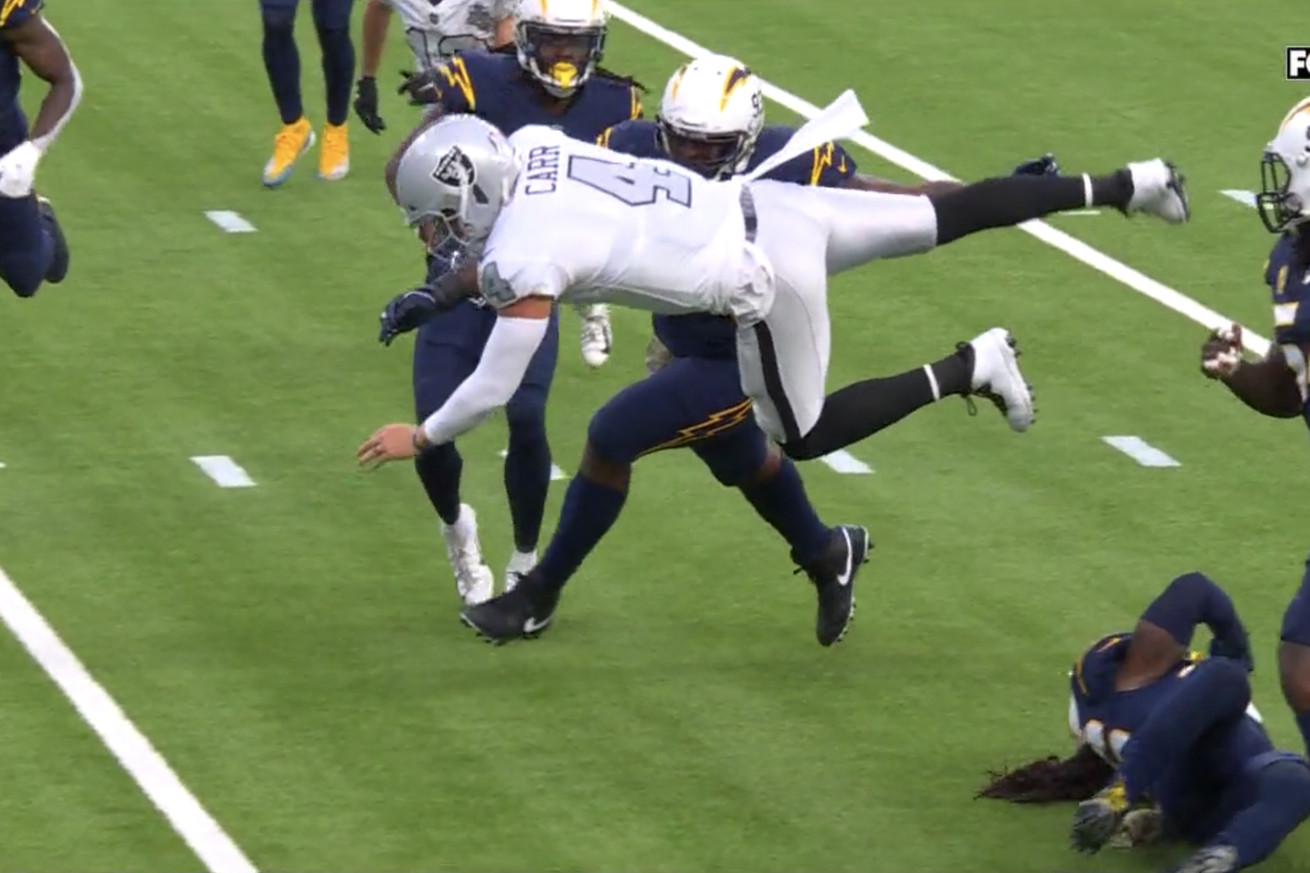 The Raiders QB had a sweet play to set up a touchdown.

Quarterback Derek Carr had one of the biggest highlights of the Las Vegas Raiders season on Sunday in the third quarter against the Los Angeles Chargers.

The Raiders were holding onto a 21-17 lead, but facing a critical 3rd and 10 from the Los Angeles 16. Carr took the snap from shotgun, and when nothing developed it looked like Vegas would have to settle for a field goal.

But their quarterback took off toward the middle, determined to move the sticks on his own. He met the defense a few yards short of the first down, but took flight and got the job done. It was awesome.

Two plays later, Carr found Darren Waller for a two-yard touchdown, and the Raiders had an 11-point lead instead of settling for a seven-point lead.

These are the types of plays that have been missing from Raiders games a lot this season, and they’re certainly plays that will be remembered by Carr’s teammates, especially if the Raiders hang onto the win.