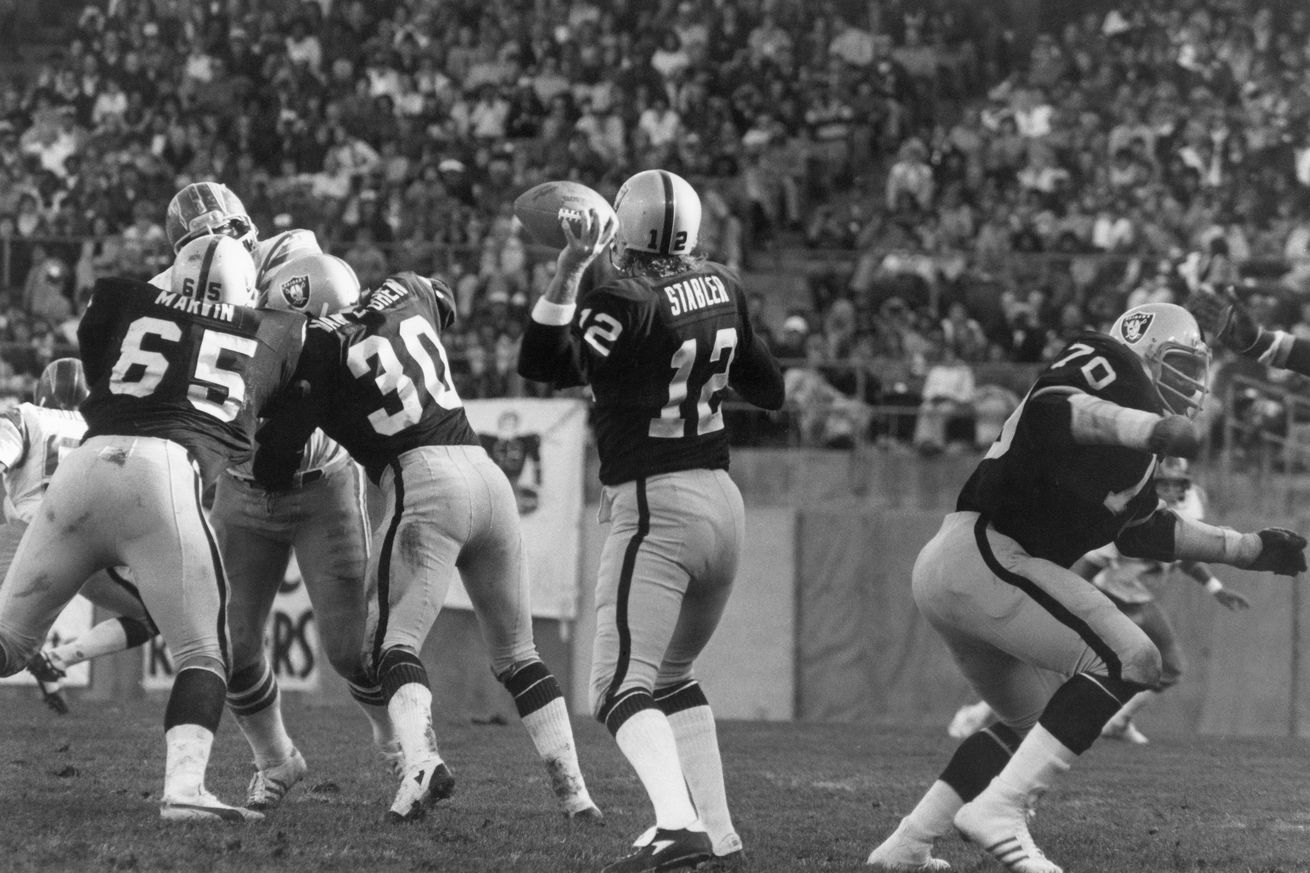 As I went to bed last night, I smiled about a great tweet I saw earlier in the day. When I originally saw it, I thought to myself “this is the greatest Raiders’ tweet I’ve ever seen.”

I pondered whether I should write about it on this site as there’s not too much to it. But, then again, so what? It’s awesome and here it is:

As the clock ticked down on yet another Raiders victory, Ken Stabler indicates how many hours of sleep he got the night before. pic.twitter.com/E6aRV78erT

And there’s a real possibility that it is true. Kenny “Snake” Stabler was a legendary party animal. The Saturday night stories? Well, let’s just say they’re Oakland legends. As fun as Snake was, he was an even better quarterback, especially in the clutch. He was the face of the great ‘70s-era Raiders and he remains one of my favorite all-time athletes.

It makes me smile even more that I first saw the tweet as retweet from the account of Snake’s daughter, Kendra Stabler-Moyes. She knows her dad was tremendous. Kendra has become a friend over the last few years and we’ve bonded over many great stories about her Dad.

The Super70sSports Twitter account is a delight for any sports fan, whether you remember those days or just have an appreciation for great sports history. Snake is a favorite subject on the site.

Check out these two dandies:

Ken Stabler: One Super Bowl ring, one speedboat, no shirt, no fucks given.

Hope you enjoy these as much as I do!