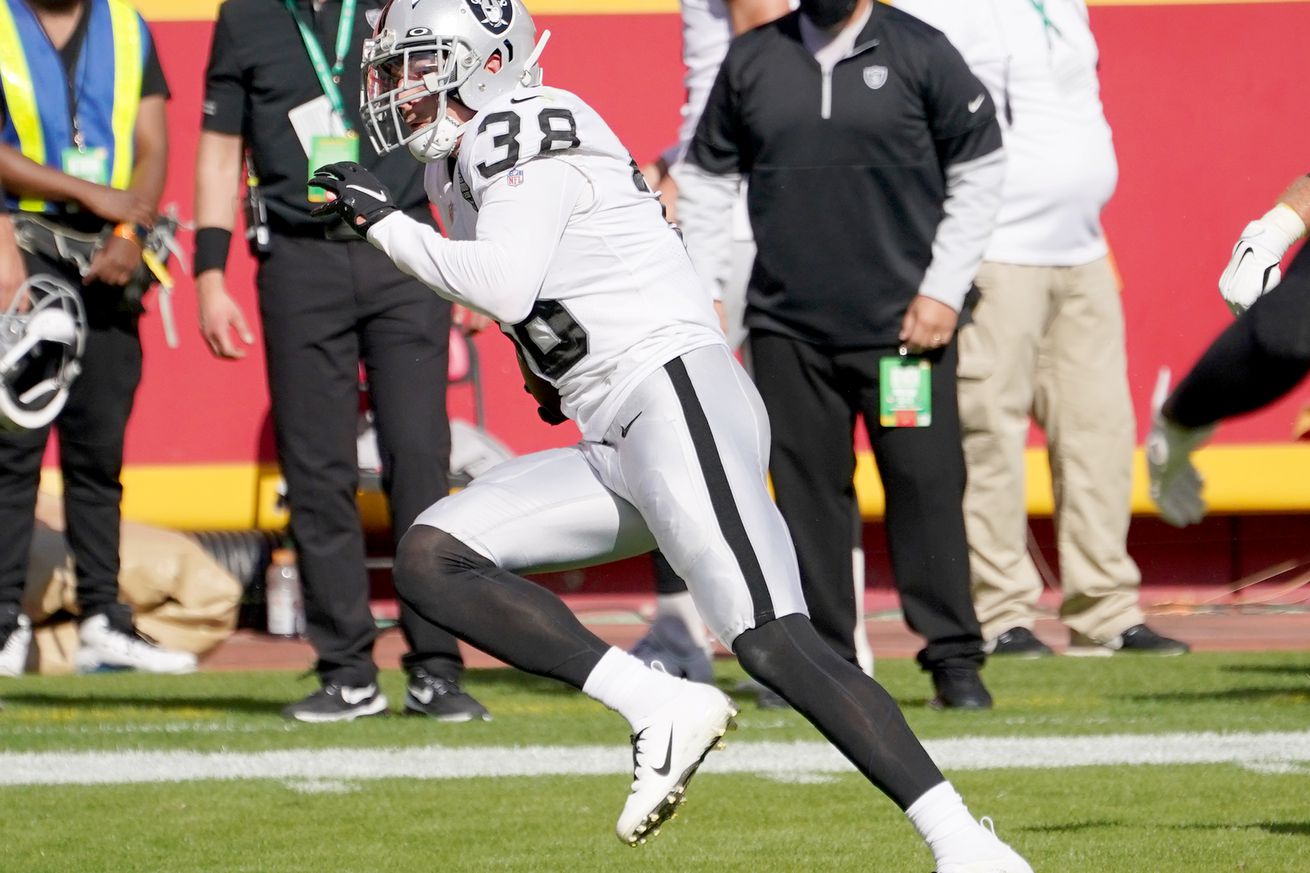 Cliché or not, it took a total team effort for the Las Vegas Raiders to beat the Kansas City Chiefs in a 40-32 win on Sunday.

In addition to the performances from the likes of quarterback Derek Carr, tight end Darren Waller and defensive end Maxx Crosby, the Raiders got outstanding efforts from some backups and expect those players to get more playing time moving forward.

Let’s take a look at what these players did Sunday and what to expected in the future:

Devontae Booker:
The Raiders may not have won this game without the backup running back, who had been quiet in his first four games as a Raider. Booker had a 43-yard run and he had a huge second-effort, third-down conversion on a critical drive. Booker ended up with 62 yards on seven carries. Raiders coach Jon Gruden said on Monday that he wants to keep starting tailback Josh Jacobs fresh for the rest of the season. If Booker can continue his explosion and toughness, it will add yet another dynamic to the Las Vegas offense.

Jeff Heath:
The backup safety played some time for Erik Harris on Sunday and he made it count. Heath had an interception of Chiefs’ quarterback Patrick Mahomes (his first of the season) that helped fuel the win. Gruden said Heath will play more often — and I could see him potentially playing more than Harris as the season progresses.

Chris Smith:
He was promoted from the practice squad and played inside at defensive tackle because of injuries even though he is a career defensive end. It wouldn’t be a surprise if Smith returns to the 53-man roster at some point. He and Datone Jones reverted back to the practice squad Monday.

Kendall Vickers:
Vickers was a surprise roster addition after training camp and he has shown up when the Raiders needed him. With defensive tackles Maliek Collins and Maurice Hurst out Sunday, Vickers stood up and helped in a great Las Vegas defensive effort in the second half.