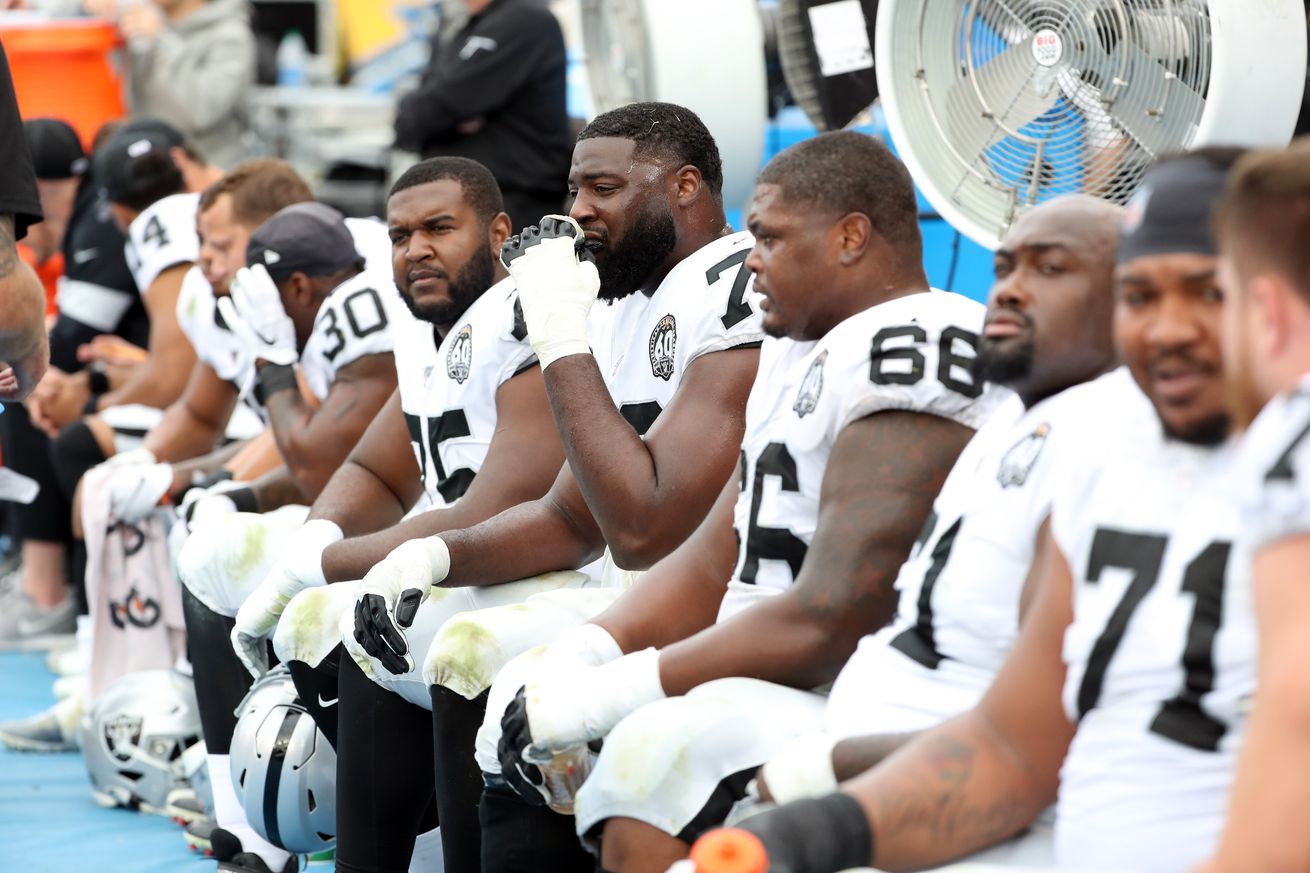 The Las Vegas Raiders present an interesting case study to the rest of the league if they end up as a top-five scoring unit next season. The Raiders were just 24th in scoring last season under Jon Gruden and offensive coordinator Greg Olson and return almost the exact same depth chart on offense from 2019, so why should we expect significant improvement?

Other than a natural regression that I think should push Vegas up in that regard, the real superstar here is the five players blocking for everyone else. The case study: is an elite offensive line “enough” to get it done?

The Raiders “elite” status on that unit probably started with the signing of center Rodney Hudson in 2015, arguably a Hall of Famer should he play long enough. They had added Donald Penn and Gabe Jackson a year earlier, Kelechi Osemele a year later, but I really like focusing on a team’s center as the true anchor point of their collective success. So I am.

What’s going to change this time around?

Mike Mayock is clearly banking on his three rookie skill players, a future Hall of Fame tight end, and if none of that works, a former top-three quarterback looking to rebuild his reputation. In order for the Raiders to become the offense they need to be — like in 2016 when they were seventh in points and went 12-4 under Jack Del Rio — who will be the most important players to have available every week?

Is it Derek Carr even though some think Marcus Mariota will start?

Is it Trent Brown even if right tackle isn’t traditionally even a top-two or top-three offensive line priority?

Is it Henry Ruggs even though he’s a rookie?

IS it Darren Waller even though he wasn’t on anyone’s radar a year ago?