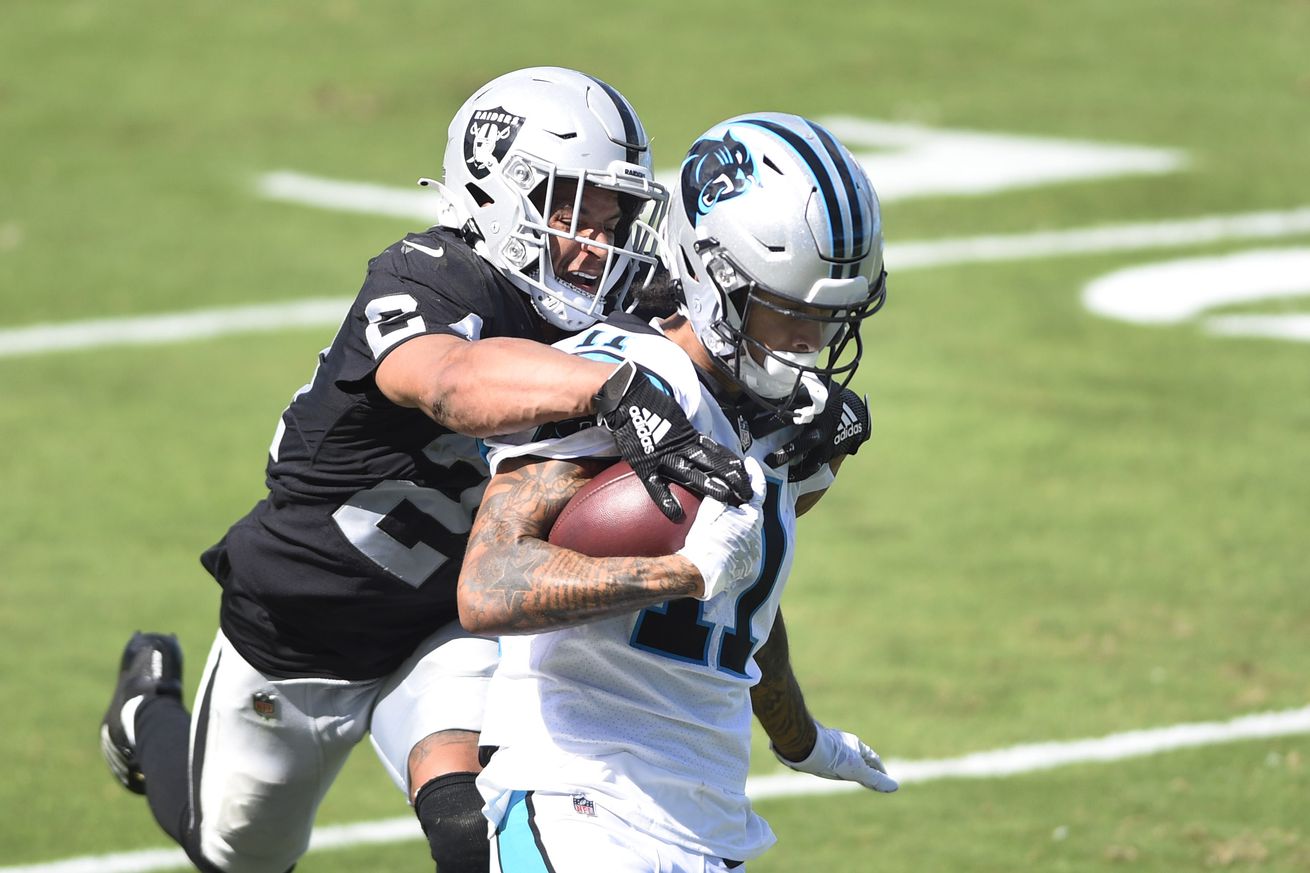 There were a number of players we’ve been talking about all offseason, how’d they do?

The Las Vegas Raiders got the score result they wanted in Week 1: a win. The Raiders are 1-0 and Jon Gruden’s team scored more points than they have in any non-overtime game since he took over again two years ago. Plenty of things went right for Las Vegas but understandably a few things did go wrong. Injuries and mistakes happen in the NFL.

And they happened to some of the Raiders we’ve spent a lot of the offseason talking about this year. As well as a lot of good things.

Here are eight players who finally played in a game this year and quick updates on how those 2020 season debuts went.

Henry Ruggs could be as advertised, Bryan Edwards quieter than expected

There was a lot of hype around Las Vegas starting two rookies at wide receiver, but it didn’t seem unusual based on the word out of training camp. Ruggs caught three of five targets for 55 yards in the first half, including a 45-yarder that was mostly all air, but wasn’t thrown at in the second half after leaving the game earlier with a minor knee injury that didn’t keep him out for long.

Henry Ruggs on leaving the game with the injury “I just got tackled a little awkward, but I feel good… kinda went down a little crazy, but I’ll be all right.”

Edwards was not targeted in the first half and he finished with one catch on one target for nine yards.

Unsurprisingly, Darren Waller was Derek Carr’s favorite target with eight opportunities, however no skill player really stood out as explosive in this game other than maybe that 45-yard glimpse we got on Carr-to-Ruggs.

In his first career full NFL game, Abram was active all over the field and finished with nine solo tackles and four assists to lead the team with 13 total tackles. He also had a pass defensed.

It was a good re-do of his debut for Abram, but he also showed important leadership after the game by noting that despite the win they could have played a lot better defense.

The Raiders sacked Teddy Bridgewater only once, a split between Maurice Hurst and Carl Nassib. There was a lot of talk about the Las Vegas pass rush in the offseason based on their two 2019 rookies starting on the edges and Key having a fantastic training camp, but the result in Week 1 wasn’t as effective as they hoped.

While we talk about that 4th down stop that Clelin Ferrell and Raekwon McMillan made, we must also recognize Cory Littleton. Alex Armah had a second effort and Littleton came up and stopped it.

Carolina could have an above-average pass protection unit and Bridgewater isn’t going to spend much time sitting in the pocket anyhow. He wants to get rid of that ball ASAP.

The Raiders’ biggest offseason overhaul came at linebacker and the difference was obvious. Cory Littleton had five tackles, a pass defensed and a key fourth down stop, while Kwiatkoski had six tackles and was a key part of the Las Vegas defense having what success they did have on Sunday. But he left the game with a pec injury and was ruled out.

Two solid plays by Nick Kwiatkoski to open second half. Can Raiders force a punt?

Should he miss next week’s game against the Saints, at least the Raiders traded for Raekwon McMillan.