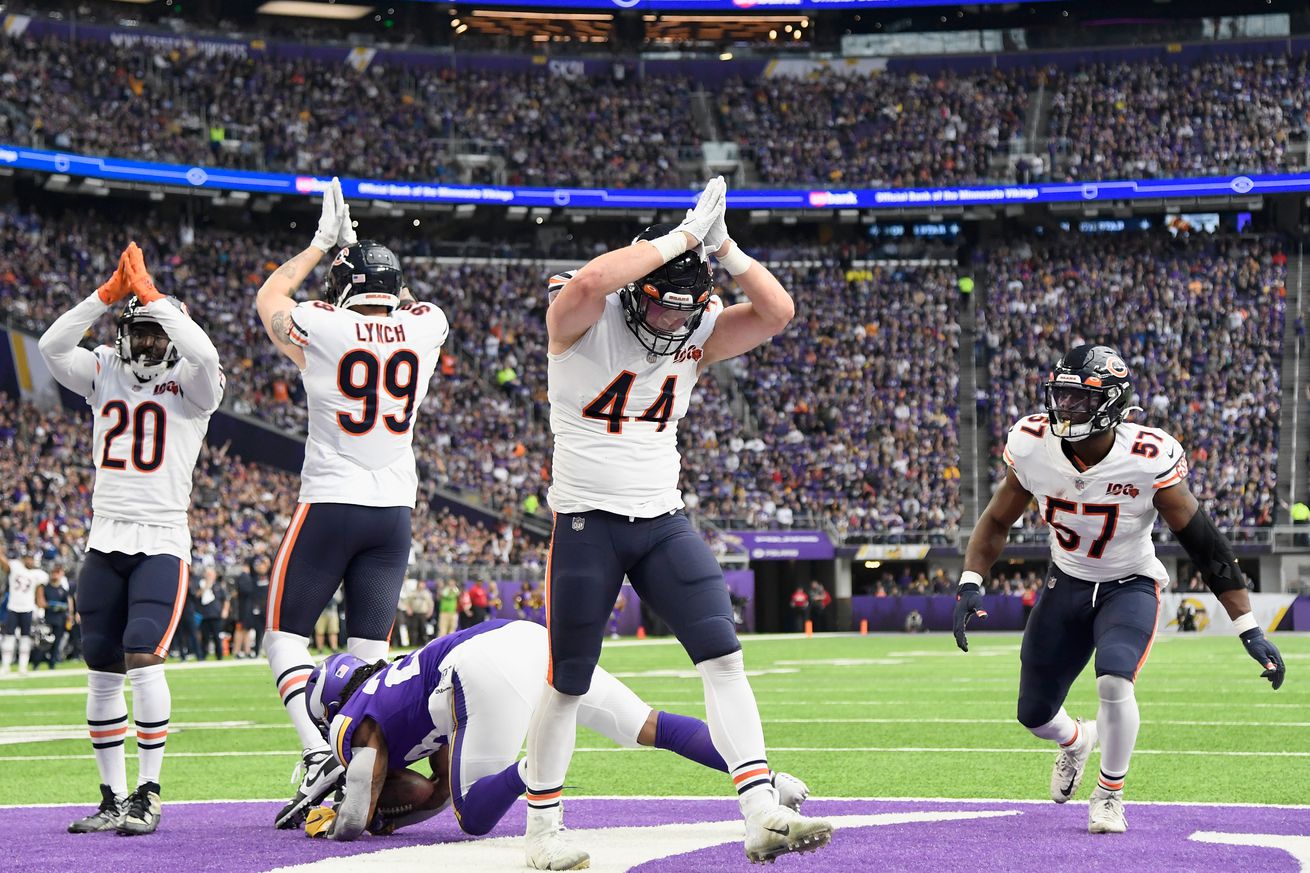 Now that the votes are done

He may be wearing a Chicago Bears uniform in the picture above, but linebacker Nick Kwiatkoski is already one of the six-most important players on Las Vegas’s defense according to fan vote. Who is with him in the top-10?

After two rounds of voting I wanted to post the results. Here are the 10-most important players to Jon Gruden and Paul Guenther’s defense:

With the top-five decided, we had to do a re-vote on Kwiatkoski and Collins, and the linebacker came out ahead 58-percent to 42-percent. Much closer was the fight for eight and the rookie Arnette beat out Hurst 185 votes to 168 votes. Things were even closer in the vote to see who would be the last name on the list and Amukamara had nine more votes than Lamarcus Joyner to take it home.

I think what’s not news to most Raiders fans right now is that the defense is lagging behind in exciting options at safety as only one made the list. Veterans Damarious Randall, Jeff Heath, Erik Harris, and Joyner, no matter who you are talking about, none of them would have come close to cracking the top-nine here. That doesn’t mean one of them won’t succeed, this is just fan perception as of July, but the hope seems to lie in the hopeful improvements at linebacker with Littleton and Kwiatkoski.

And it could be that if we ran this poll after two weeks of camp someone like Amik Robertson or Tanner Muse or Joyner or pick your poison has shot up this list once they’re seen with the team this year.

As of today, it looks like fan optimism is resting in the front-seven.

And here is how you voted for the 10-most important players to the Raiders 2020 offense:

(I messed up the first time around and put Ruggs twice. It looks like Incoginito won the nine spot by an incredibly small margin. First poll: Incognito by 5. Second poll: Tied. Third poll: Incognito by one. Fourth poll: Williams by 4. Fifth poll: Tied. Literally if you add it all up, a two-vote difference, though earlier polls weight a bit heavier.)