Logan Ryan stands as one of the most attractive free agents left, in part due to his ability play both on the inside and the outside. However, some teams see Ryan as only a nickel cornerback, according to Adam Caplan of Inside The Birds. 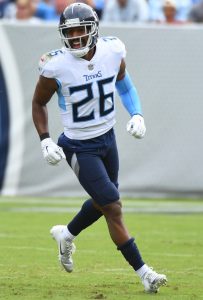 That might help to explain the 29-year-old’s prolonged stint in free agency. Ryan is believed to be seeking $10MM per year and that’s not the kind of coin given to nickel defenders. Justin Coleman (Lions, $9MM/year), Tavon Young (Ravens, $8.6MM/year), and Chris Harris Jr. (Chargers, $8.5MM/year) lead the position in pay and Ryan probably can’t top that with a team only using him in the slot.

“A few of us during our early free agency meetings discussed whether to sign him and move him to safety,” one AFC official told Caplan. “You love his smarts, toughness and leadership…you just get concerned with putting him up against guys who can really run.”

The Jets have been heavily connected to Ryan, who was thought to be a natural fit opposite of Pierre Desir. The Dolphins – despite having already committed serious dollars and resources to the position – are also reportedly interested in Ryan, but they would only have room for him as a nickelback. Caplan notes that the Raiders – who were looking for an outside corner earlier this year – saw Ryan as a slot man. With Lamarcus Joyner already in that role, the Raiders did not pursue him.

Last year, Ryan set career-highs in tackles (113), passes defended (18), sacks (4.5), and forced fumbles (four). Given his past performance, Ryan shouldn’t have a hard time finding work, but he might not get the $10MM figure he’s seeking.