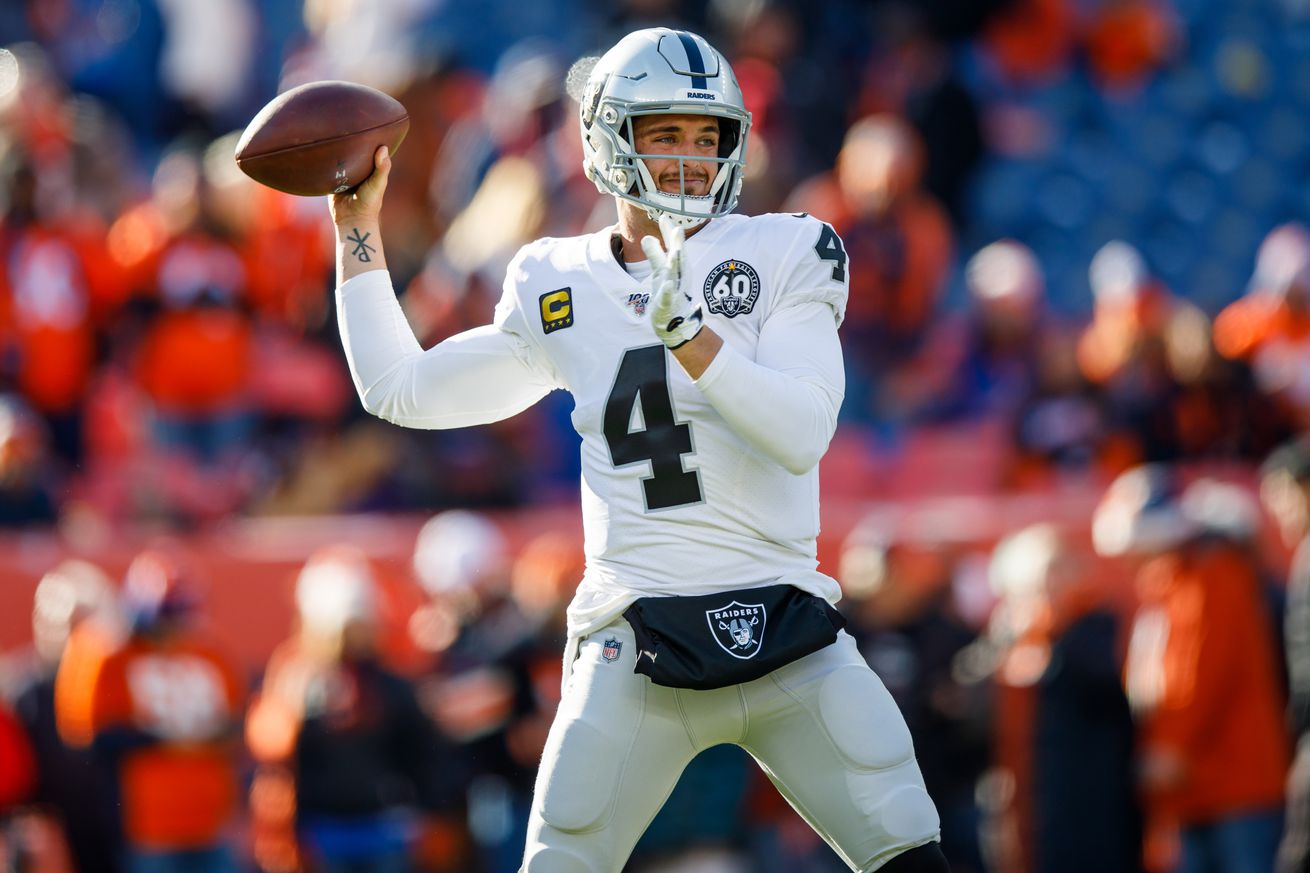 NFL Media’s Lance Zierlein, one of the company’s top draft analysts, listed his choices to win the NFL Offensive Rookie of the Year award in 2020.

Las Vegas Raiders’ wide receiver Henry Ruggs III was No. 9 on the list. That may be considered quite low for a skill-position player who was the No. 12 overall draft pick and the seventh offensive player taken. I also found Zierlein’s explanation for why Ruggs is so low on his list to be fascinating: Quarterback Derek Carr.

Here is some of what Zierlein had to say:

The slotting of Ruggs at No. 9 on this list is certainly not indicative of what I think of his ability to be an impact talent in the league. He possesses instant, electric speed and can threaten defenses in a variety of ways. However, it’s hard for me to ignore the fact that Derek Carr has had tight ends as his leading receivers for three straight seasons (Darren Waller last year and Jared Cook in the two prior) and has consistently been in the bottom half of the quarterback rankings in yards per completion since entering the league in 2014.

Look, Carr’s history is what it is, but Jon Gruden wanted Ruggs because he can stretch the field and help Carr. We will see if Carr can take advantage. But if he can’t and Ruggs is neutralized by his own quarterback, Gruden will not be happy.

So, if Zierlein is right, this could be something that finally leads Carr out the door. But it’s all up to him. I think he can answer the challenge and help Ruggs become a top rookie.

Let me know what you think in the comments below.