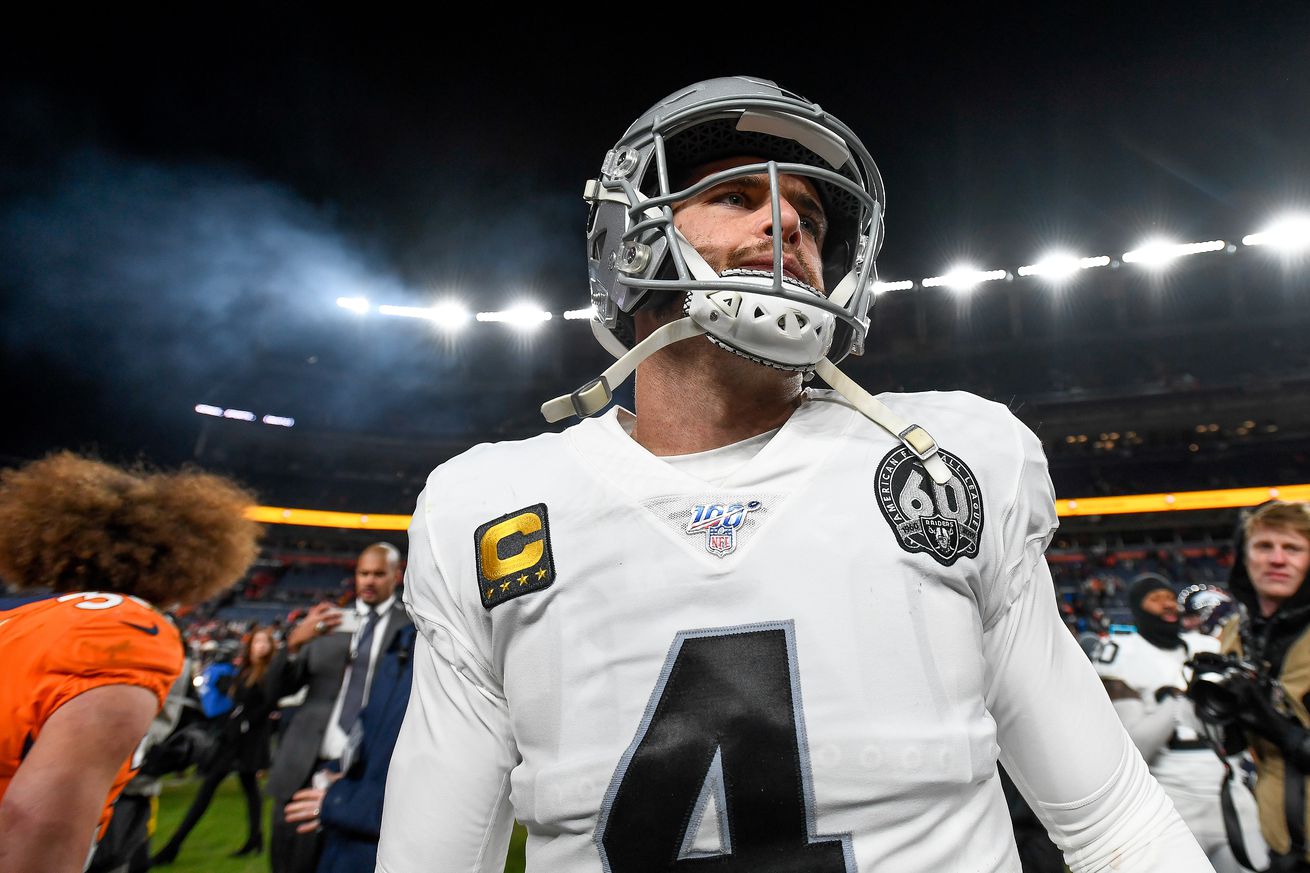 We are all aware Derek Carr has been a polarizing figure as the Las Vegas Raiders’ quarterback.

Most fans are behind him, but for the past two years a many national media members have reported that Carr was on a short leash with the Raiders. So far, the Raiders have stood by him.

But it is clear some things need to improve. The Associated Press passed along some numbers on Carr that reflect losing traits since he became the Raiders quarterback in 2014.

In the past six seasons, 29 quarterbacks have, at least, 40 starts. The Raiders have averaged 20.3 points a game in Carr’s starts. It’s the third lowest average in the NFL in that time span. The Raiders averaged 19.5 points a game last season. Also, Carr’s 55 career losses are the second most by any quarterback in their first six seasons of play. His brother, David, is the record holder with 56 losses.

These negative numbers aren’t all on Carr, of course. But it starts with the quarterback. The Raiders have spent big around Carr to make the offense better. If we don’t see improvement in terms of points scored and games won in 2020, the negative chatter around Carr will get louder. All he has to do to quiet the noise is to produce win.