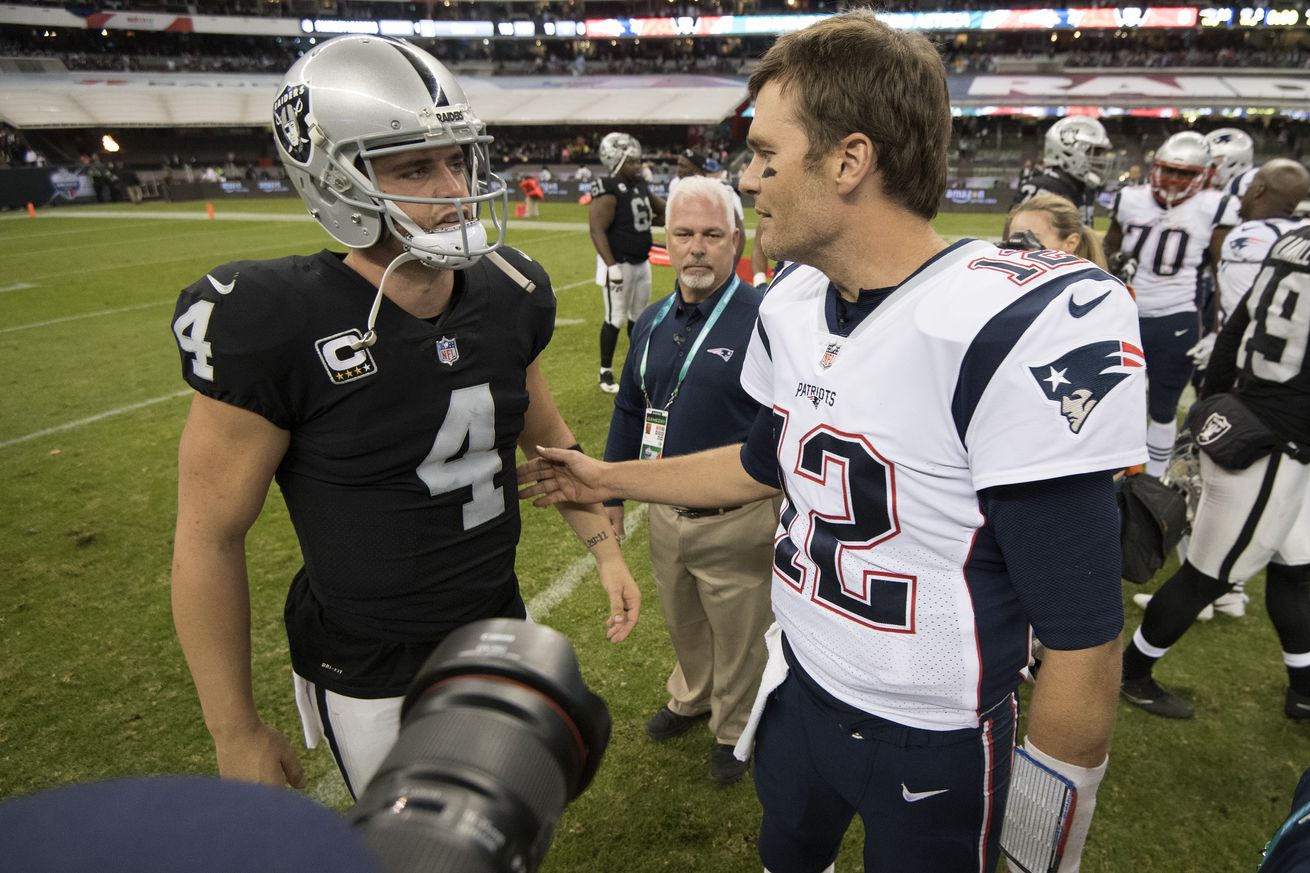 Who’s the one player that’s gotten under your skin?

Usually for my links every weekend, I like to try and ask fun questions that will generate fun answers. Today’s should be another good one. This comes courtesy of Yahoo! Sports, who ranked the five most hated players in recent memory by Raiders fans.

Here’s how their top five looks.

Some hatred is born from familiarity and 1,000 cuts. With the division rivals listed above, you’re forced to see them twice a year and born to hate them. Others are born from circumstance. The Raiders have only faced Brady six times in his legendary career, but once was more than enough.

The 2001 AFC Divisional Round game between the Patriots and Raiders, more aptly known as “The Tuck Rule Game,” helped spark the NFL’s next dynasty and kept the Raiders from what they believe was a trip to the Super Bowl.

Brady, as dorky as he might be on social media, never will let the Raiders forget the play either. Last time the Raiders arrived in Foxboro, Mass., Brady posted a cheeky jab at the Silver and Black over a play that still pains their loyal followers and Jon Gruden.

Do you think this is an accurate list? What player or coach has really pissed you off over the years, and what’s the reason for it? Let us know in the comments!