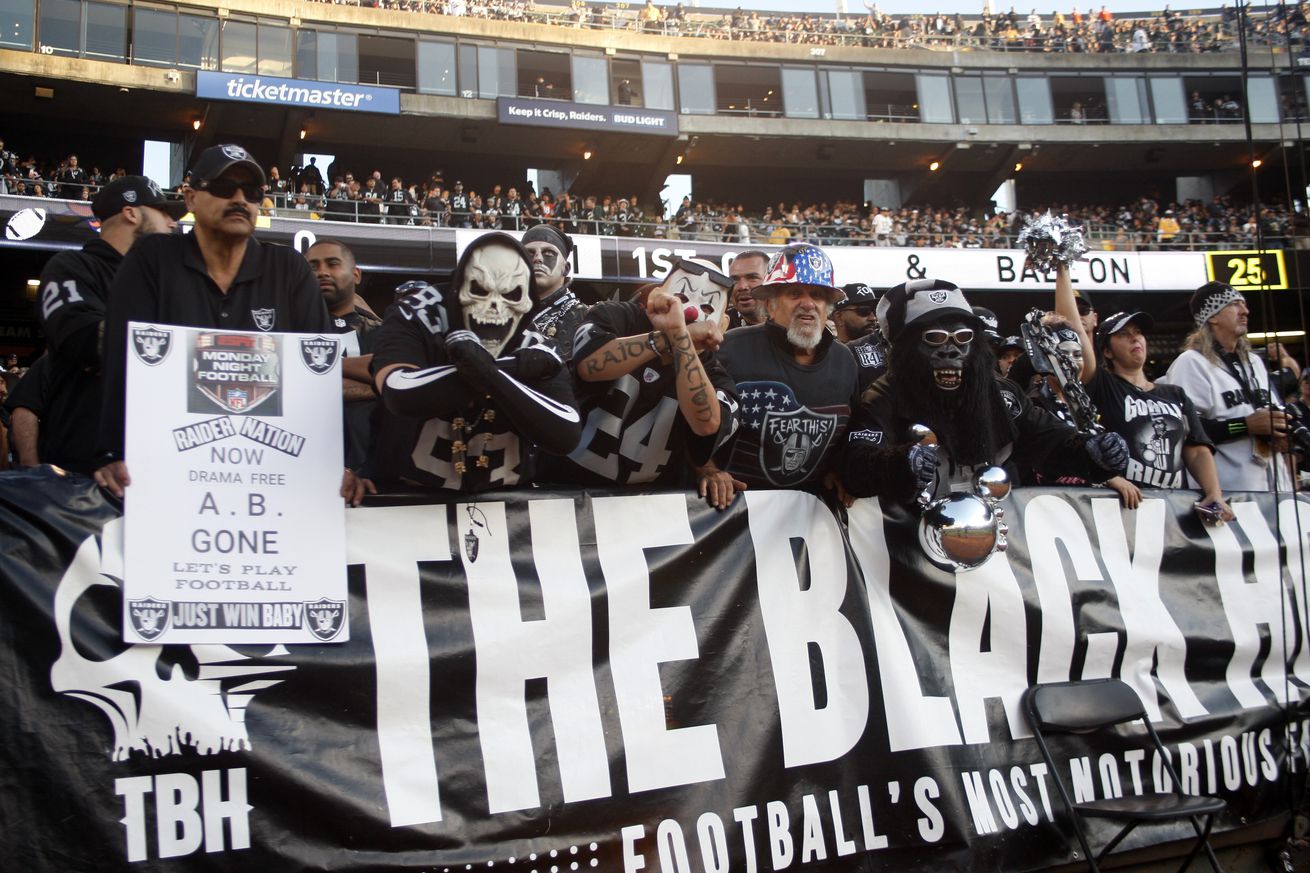 Interact with other Raiders fans in the comments!

First and foremost, I hope everyone has a great Mother’s Day. I know a lot of you can’t probably be with your loved ones today, but hopefully you can still give them a phone call if you’re able to.

I thought today would be fun to reminisce and talk about how everyone here became Raiders fans. I’m sure each and every one of you has a different story, and it’d be great to hear how you guys became fans.

If you read my intro post on this website a few weeks ago, you’d know that I am a Saints fan. However, growing up, I arguably watched more Raiders games than any other team. Being born and raised in Los Angeles, I didn’t have a local team. I was a USC fan and idolized Reggie Bush. When he was drafted by New Orleans, I immediately became a fan and have stuck by them ever since.

However, most of my friends at school were Raiders fans, and they were always on TV growing up. As much as I can remember, I’d be watching Raiders games every Sunday at 1 p.m. As I’ve mentioned before, I’ve always respected them as an organization and absolutely loved how loyal and passionate the fanbase is. I wish I could’ve made it to a game in Oakland to experience the Black Hole in person.

Fun fact, I’ve still never been to an NFL game. I’ve been to 27 MLB stadiums, but never an NFL game, however I have toured a good amount of NFL stadiums thanks to my baseball trips. I’m saving my first game for a game at the Superdome, but if fans are allowed at NFL games this year, it might be tough for me to pass up that Week 2 matchup versus the Saints.

I’ve always rooted for the Raiders as my favorite team in the AFC, and writing at this site over the last few weeks has made me become an even bigger fan.

I’d love to read and interact with you all about your stories on how you become a fan of the Raiders and some of your best memories over the years.