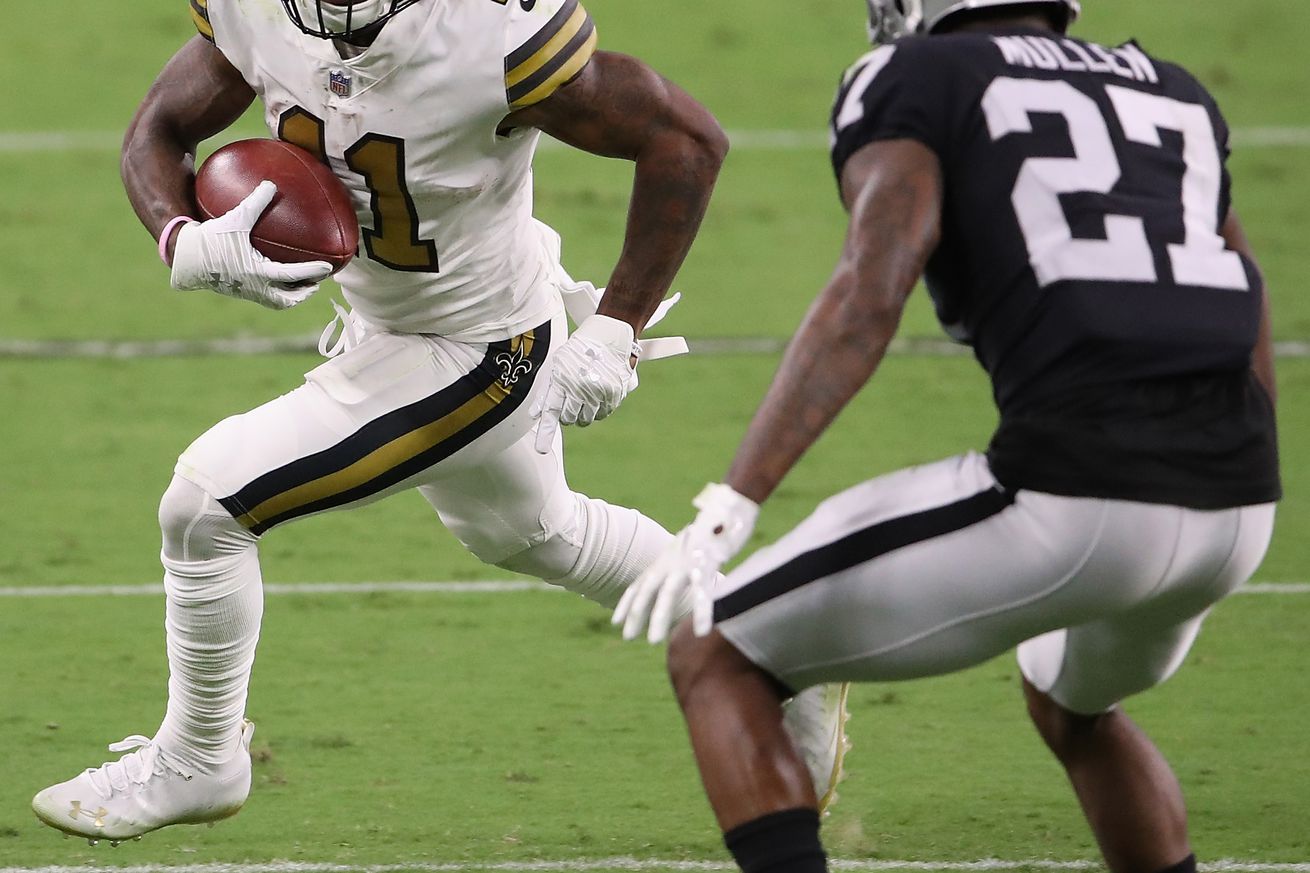 We can’t say this about many of the Las Vegas Raiders’ defensive players after a quarter of the season, but cornerback Trayvon Mullen is playing well.

Indeed, the second-year starting corner from Clemson has taken a huge step forward so far in 2020 and has become a favorite of analytics website Pro Football Focus. Expect Mullen to continue to make strides as the season progresses. PPF notes that Mullen ranks 4th in yards allowed per coverage snap (0.66) and has three PBUs in press through Week 4.

Raiders’ Trayvon Mullen has taken a massive step forward this year, especially when given the opportunity to work from press.

Mullen ranks 4th in yards allowed per coverage snap (0.66) and has three PBUs in press through Week 4.

He is a smart player who works hard and it is paying off on the field. Once fellow starting cornerback and first-round pick Damon Arnette returns from a broken thumb in about six weeks, the Raiders should have a solid pair of cornerbacks to play down the stretch.