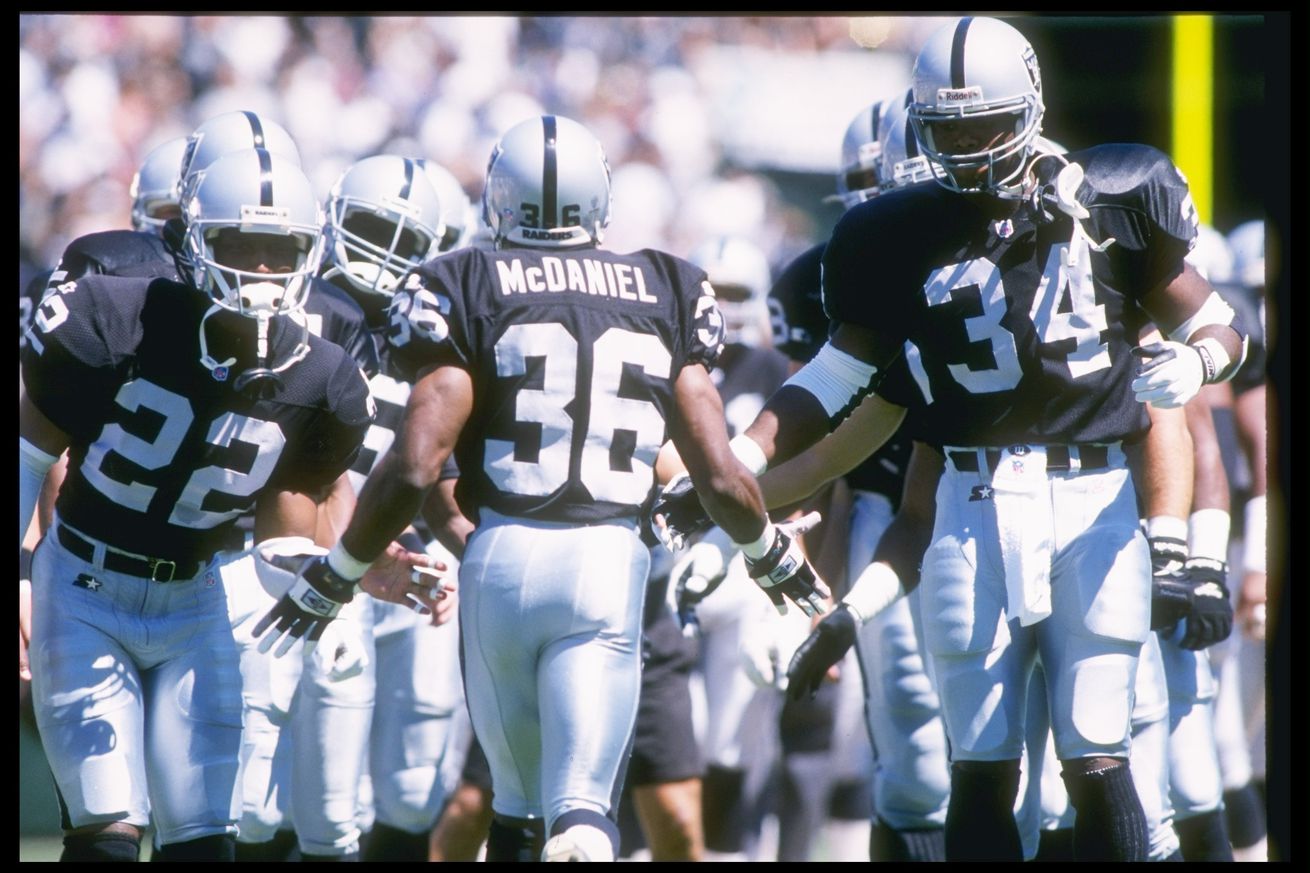 “The Boys are Back in Town”

Daniel Carlson was seven months old in 1995, but the Raiders’ kicker jogged a great memory for me on Monday when he tweeted about his return to workouts with teammates.

His tweet was accompanied by “The Boys Are Back in Town,” the 1976 classic by Thin Lizzy.

Carlson’s tweet was ironic, because the Raiders are moving to Las Vegas. But that song will always remind me of Sept. 3, 1995. That day, I attended the Raiders’ first game back in Oakland as a spectator with my wife, who is an Oakland native and a huge Raiders’ fan. We sat by the Oakland A’s dugout in the second row.

As the Raiders, who went on to beat the San Diego Chargers 17-7 that day, hit the field before the game, “The Boys are Back in Town’ began to blare out of the giant stadium speakers.

The Coliseum, naturally, went crazy. I currently have goose bumps as I type this memory.

It was and still is the coolest sports moment I’ve witnessed — and I’ve seen many, many great things in my career. It was a wonderful memory of a franchise as it begins another new era.