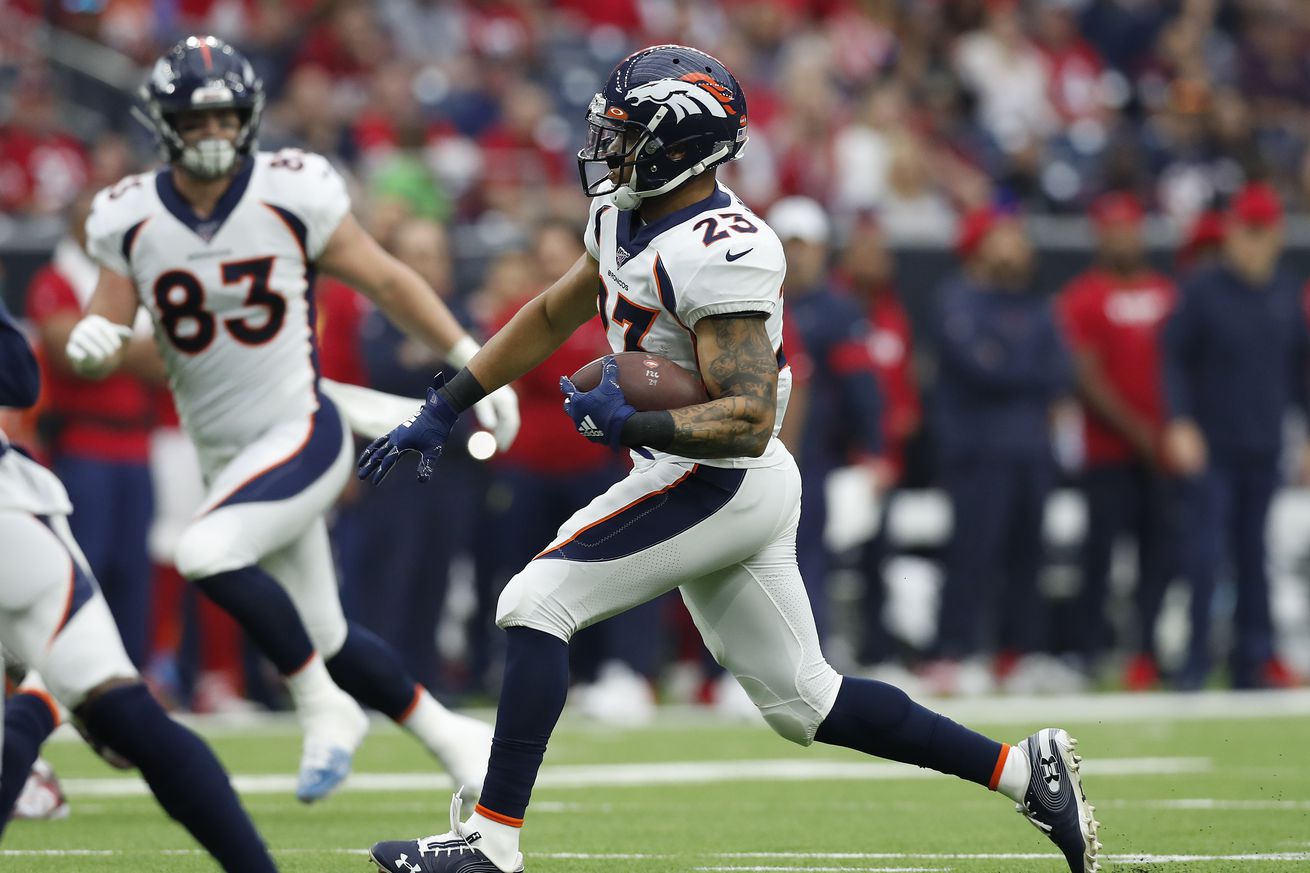 If you’re interested in UFC 249, watch the video above to learn about the story lines headed into the weekend.

The Raiders are reportedly continuing to tinker with their depth in the veteran free agency market.

A Sacramento TV station is reporting the Raiders are close to signing running back Devontae Booker. The KXTV report states the deal is pending a physical. Booker, a Sacramento native and Utah product, spent the first four seasons of his career with the Denver Broncos. He was mostly a disappointment for the Broncos after being taken in the fourth round.

He didn’t show the same explosion in the NFL as he did in college. Booker, 27, has 1,103 yards on 289 career caries for a 3.8 yards per carry average. Booker had 612 yards as a rookie, but didn’t show he could handle being the primary back. He had just nine yards on two carries in 2019.

At 5’11 and 219 pounds, Booker does have some ability out of the backfield as a receiver. He had 31, 30 and 38 catches in his first three season. He had just six receptions last season.

However, Booker hasn’t proven in recent seasons that he can carry the load as the primary back if Josh Jacobs misses time. Perhaps he can find a role on the team, but I wouldn’t say Booker is a sure thing to make the regular season roster.

The Raiders also reportedly offered Frank Gore, who is turning 37 next week, an offer, but he signed with the Jets. They’re looking for depth at other positions on the roster, including cornerback.