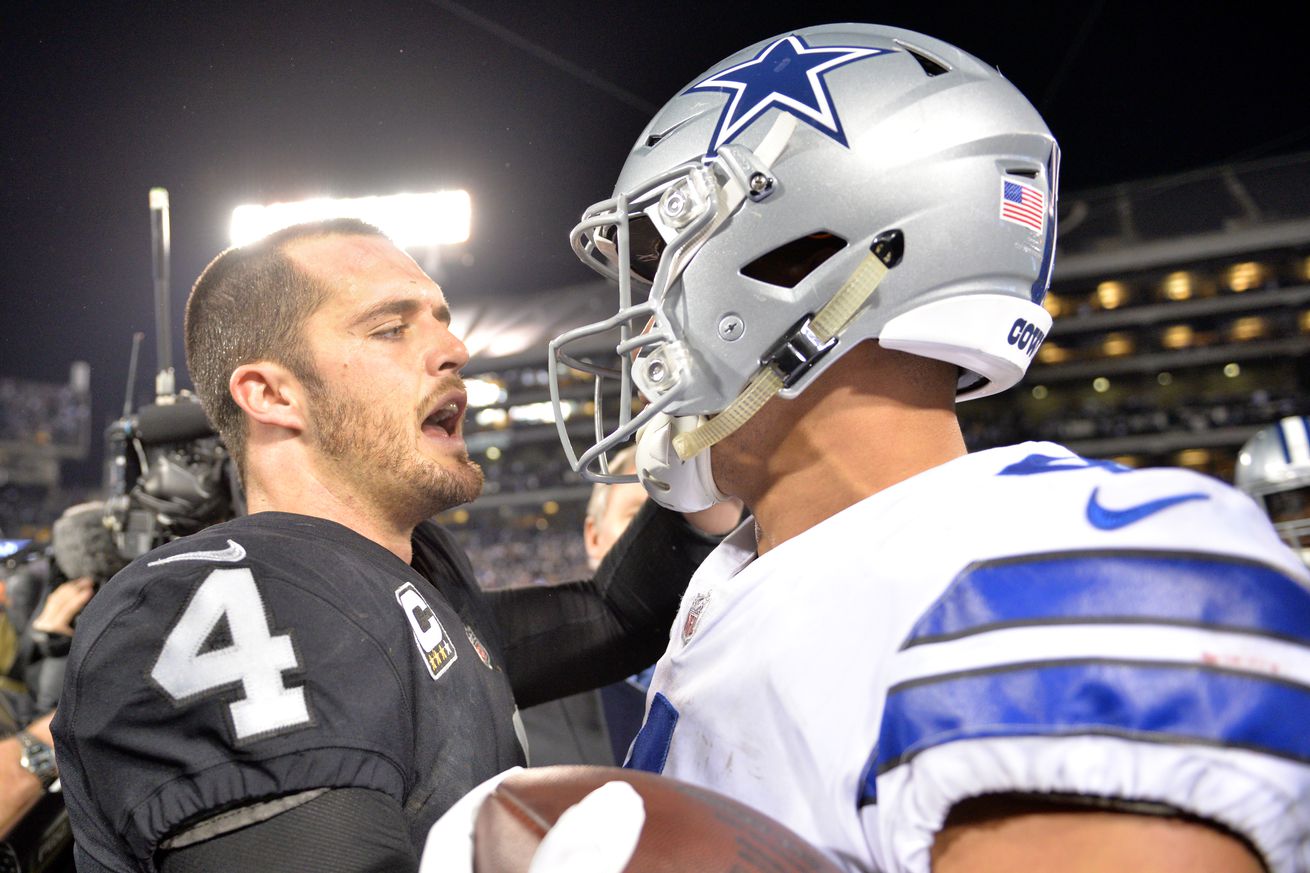 This article is about two things: No one ever believes the Las Vegas Raiders are happy with Derek Carr, and the Dak Prescott saga is going to be nuts.

BetOnline has made odds for the 2021 team for the Dallas Cowboys’ quarterback and, of course, the Las Vegas Raiders are one of the teams that has among the lowest odds. The Raiders are priced at 10-1 to land Prescott next season. They are tied with the Pittsburgh Steelers and Washington at 10-1.

The only teams with lower odds (and a better chance to land Prescott according to the betting site) are the Indianapolis Colts, Chicago Bears, Minnesota Vikings, Jacksonville Jaguars, Los Angeles Chargers and New Orleans Saints.

It’s no surprise the Raiders have low odds. Every year, the national perception is that Jon Gruden wants to replace Derek Carr. It hasn’t happened yet, but the 2021 outlook already points that way, which is silly. Let’s see how Carr plays in 2020 before making any plans. Prescott’s future is in question because he hasn’t signed a long-term deal with the Cowboys and he could potentially be a free agent next year.