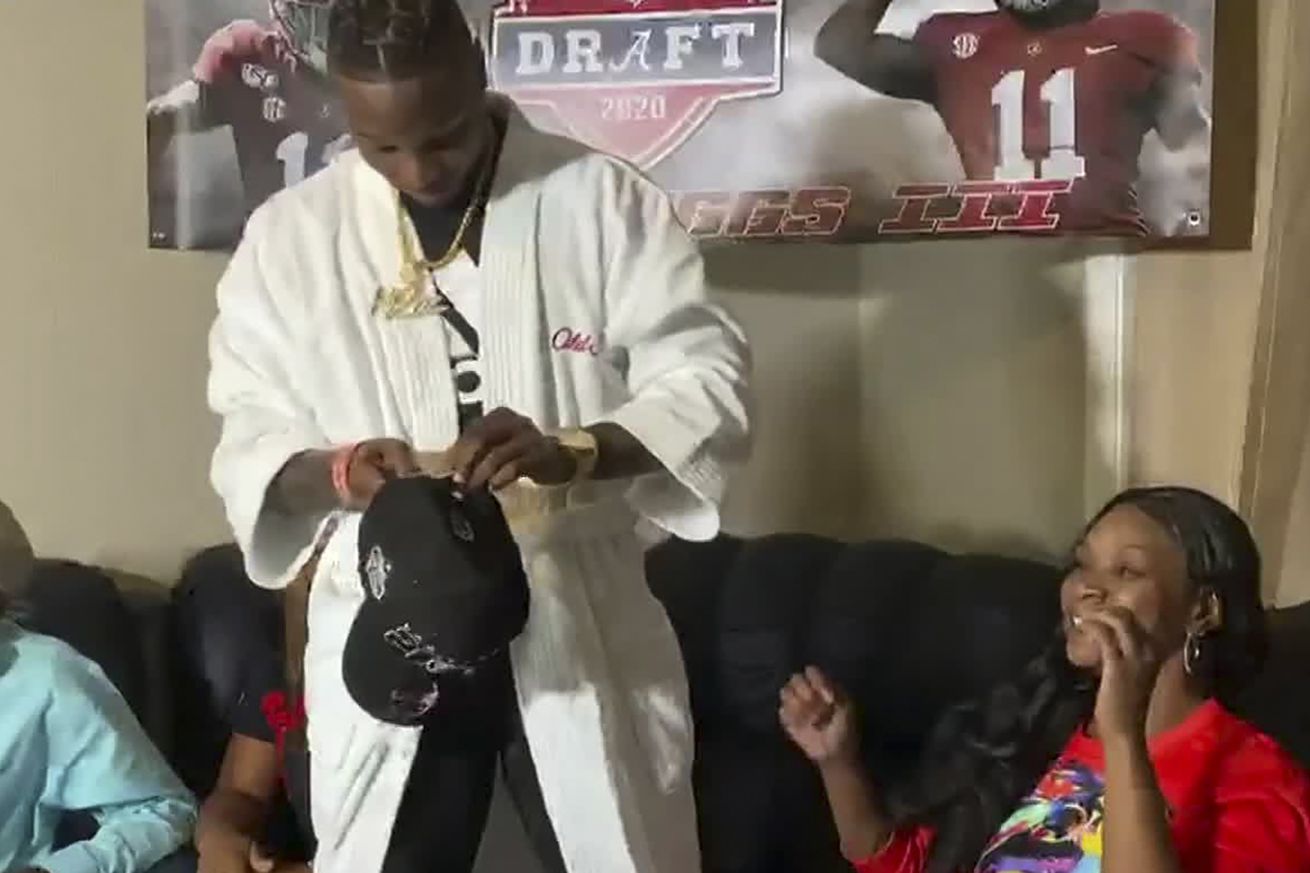 Raiders rookie is projected to have 702 receiving yards this season

Henry Ruggs III was surprisingly the first wide receiver taken in the 2020 draft and Pro Football Focus believes he will make the biggest impact of any rookie at the position this season.

The analytics-based website projects Ruggs, taken No.12 overall by the Raiders, to have 702 receiving yards as a rookie. PFF projects him to out-produce former Alabama teammate Jerry Jeudy and Justin Jefferson for the most receiving yardage by a rookie this season. Jeudy was taken No. 15 by the Denver Broncos, and Jefferson was nabbed by the Minnesota Vikings at No. 22.

Most league observers expected that Jeudy or Oklahoma’s CeeDee Lamb would be the first receiver taken and that Ruggs would be the third receiver selected. Lamb went to Dallas at No. 17.

As noted by the Associated Press, Ruggs would be the fourth Raiders rookie receiver in team history to surpass the 700-yard receiving mark if he hits PFF’s projection.

The Raiders will give Ruggs a chance to rack up the yards. He is expected to be part of the top of the Raiders’ receiving rotation. He will be on the field often in 2020.