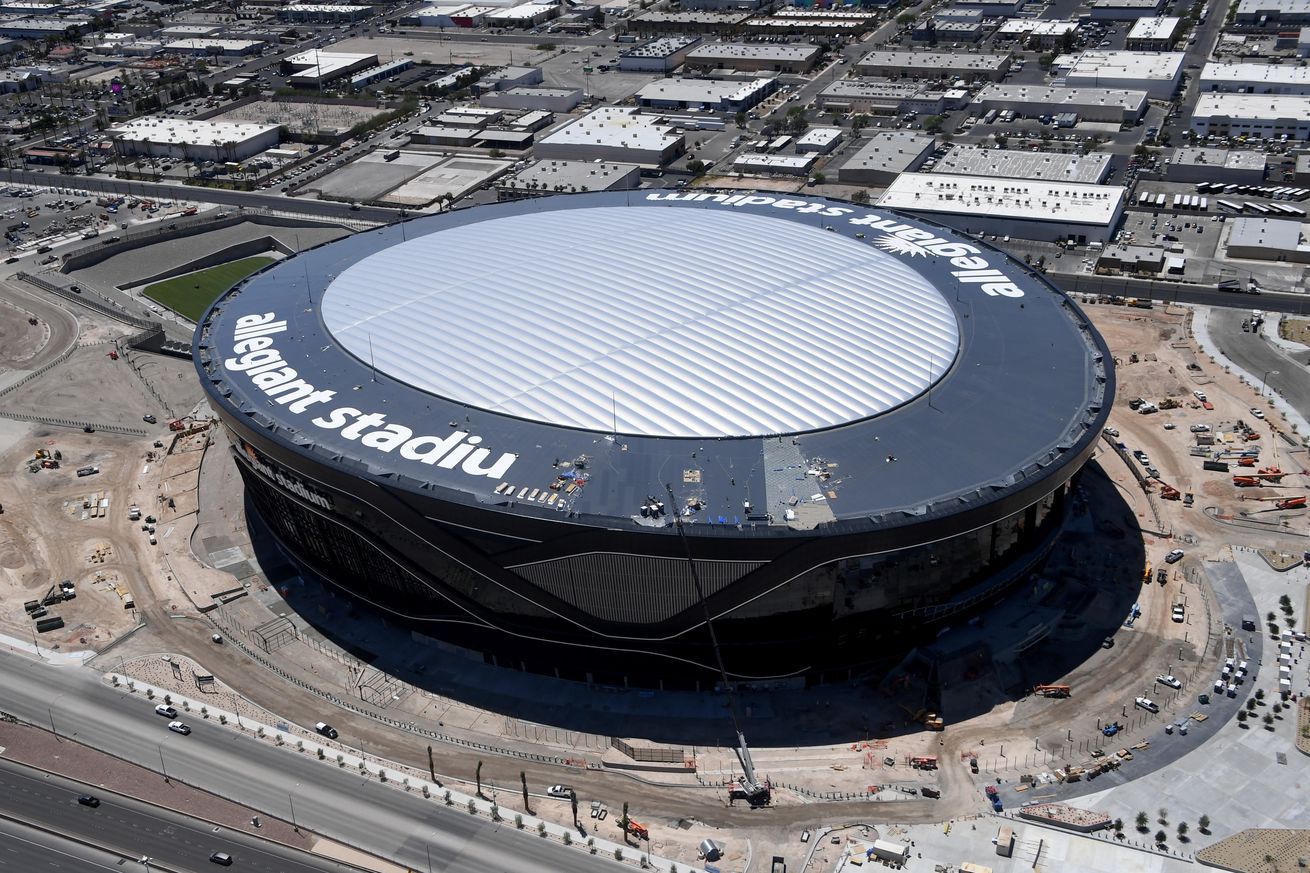 This is your latest reminder that your favorite football team is about to move into a palace and it will begin a special time in the Raiders’ history.

The Las Vegas Review Journal reported that the lanai doors were open on Wednesday in the circular, roofed building … that hasn’t happened in months. The inside glimpse showed the gigantic Al Davis torch is already inside, continuing the tradition that the old Oakland Coliseum started with the torch flaming during every game after Davis’ death in 2011.

This is going to be a great building and will probably go right to the top of the list of the coolest stadiums in the NFL. When was the last time you could say that about a Raiders’ home stadium? Yep, probably never.

I know a lot of fans will miss the Oakland Coliseum, but there will be no comparison to this new stadium in terms of amenities.

The Raiders are going to be known as being a class organization in Las Vegas, in large part, because of Allegiant Stadium, a fact that visiting players will remember when they are eligible for free agency.

Forgive me if I’m wrong, but I don’t recall the Oakland Coliseum being a main drawing card for free agents.