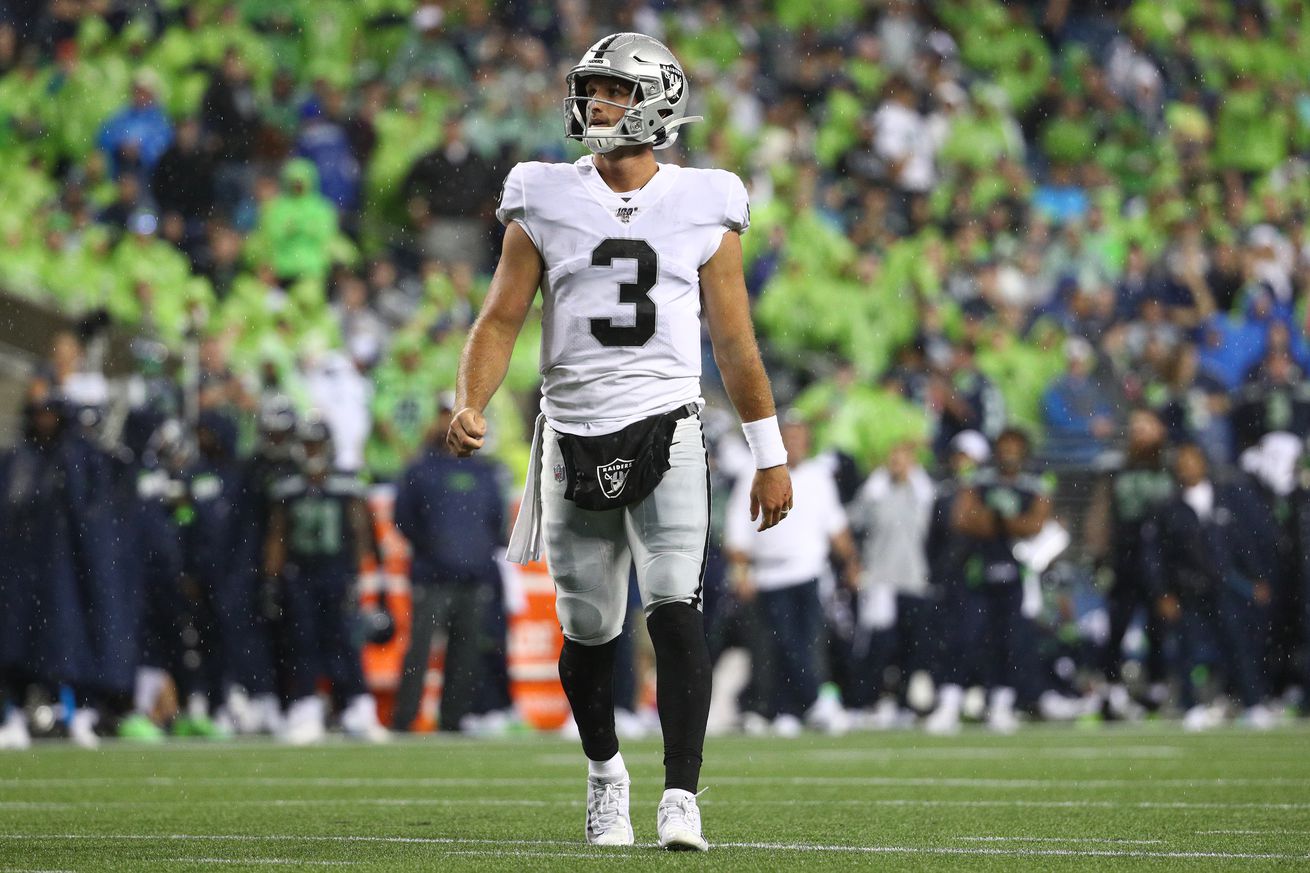 Las Vegas Raiders third-string quarterback Nathan Peterman is being used as an example of how little respect former NFL MVP Cam Newton is getting.

ESPN’s Undefeated pointed out on Tuesday that Newton is being paid far less in base salary than Peterman is set to make in 2020. Newton recently signed with the New England Patriots and he will be paid a base salary of $1.05 million this season, whereas Peterman has a base salary of $2.13 million

Yes, it’s pretty crazy on face value. Newton will be a starter if he is healthy and he is much better and much more accomplished than Peterman, who is most famous for throwing five interceptions in one half during his brief stint as a starter with the Buffalo Bills in 2017.

Of course, there is a strong chance Newton will end up getting paid much more than Peterman this season. Newton has incentives written into his contract that he should achieve if he is indeed healed from a shoulder surgery that ended his time with the Carolina Panthers. There is no certainty Peterman, who has been in the Raiders’ program since late 2018, will even make the Raiders’ roster.

So, this craziness will likely subside. But, at the moment, it does seem a bit odd.