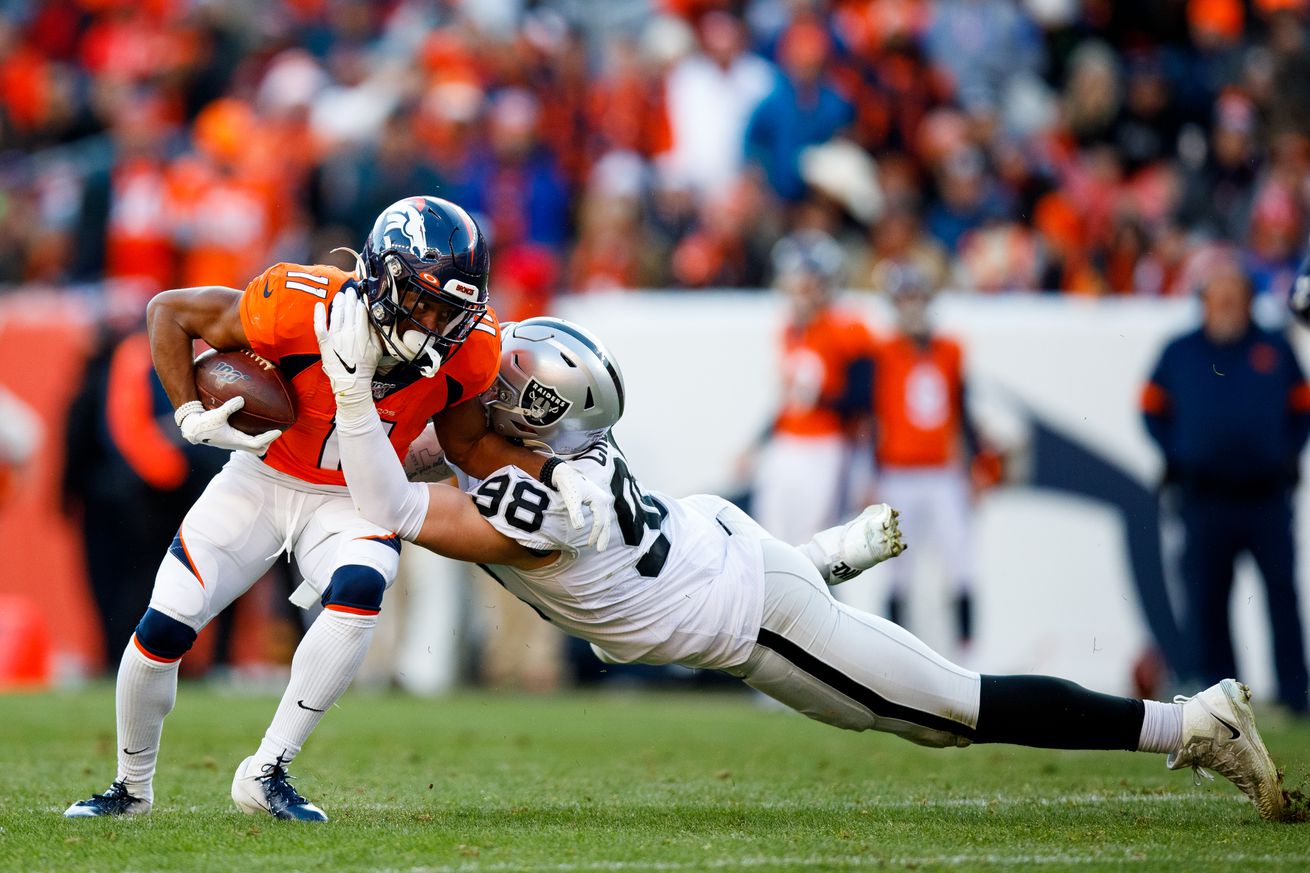 The Raiders’ second-year defensive end tweeted that he is attending Von Miller’s Pass Rush Summit. The Denver Broncos’ star pass-rusher has been conducting the summer camp for the past several years. He invites the best pass rushers in the NFL to participate and it’s very a prestigious event.

I remember when a young Khalil Mack was invited to the summit. It was a big deal. It’s a big deal now for Crosby as well.

The summit continues Crosby’s Cinderella entry in the NFL. He came into the league as a fourth-round pick out of small-school Eastern Michigan in 2019. But he burst onto the scene with 10 sacks as a rookie. Miller was clearly impressed and extended the invitation to Crosby.

He is now working with and learning from the best of the best including Mack, Joey and Nick Bosa and Aaron Donald.

Crosby is a rising star ad he should get valuable experience from this camp. I’d expect Crosby to be a regular fixture at Miller’s summit.

In other Raiders link: