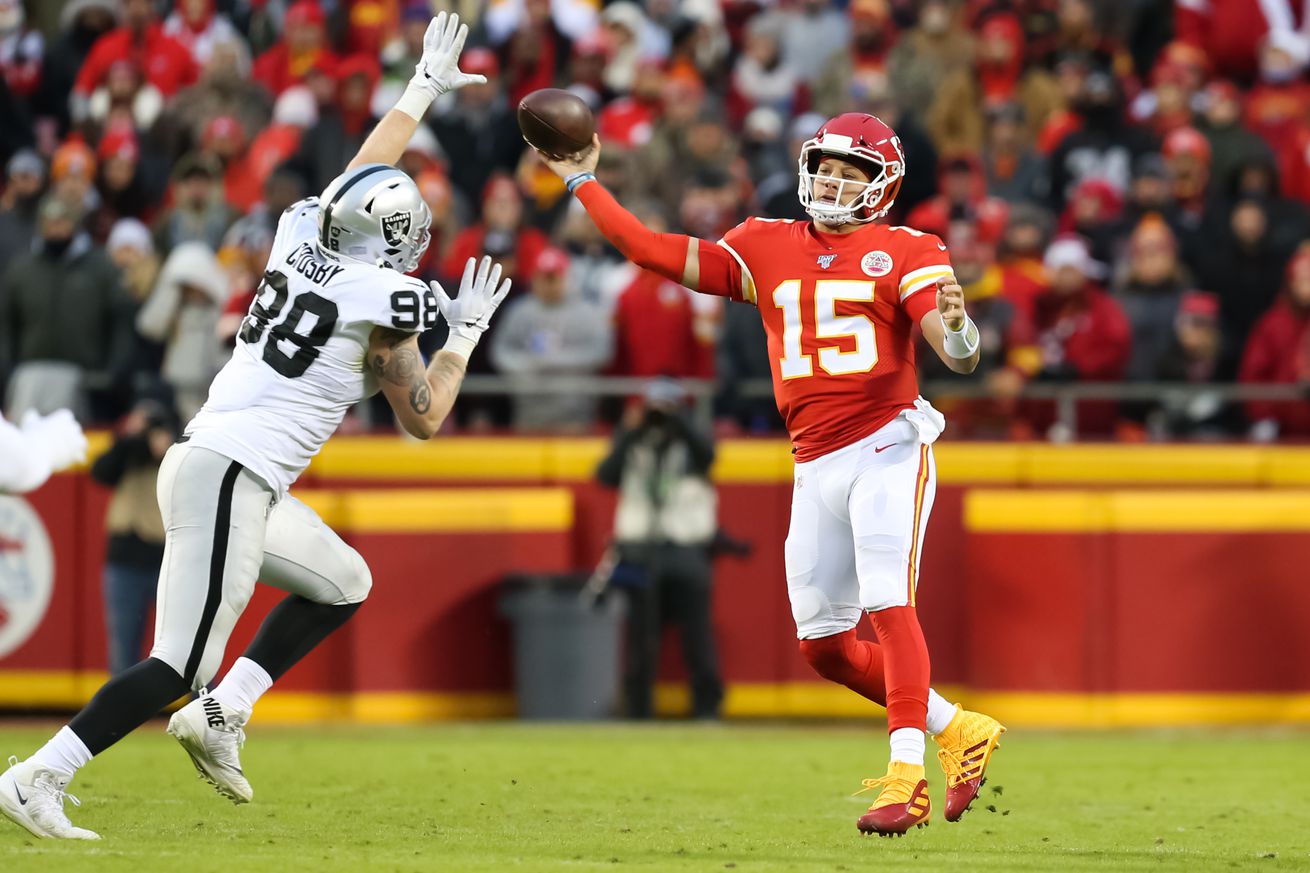 They will be rivals for years to come

Las Vegas Raiders’ excellent second-year defensive end Maxx Crosby made some headlines on a Thursday with an appearance on Bleacher Report’s The Lefkoe Show podcast.

Crosby, a fourth-round 2019 draft pick who had 10 sacks as a rookie, said on the show that he was frustrated he didn’t sack Kansas City Chiefs star quarterback Patrick Mahomes in either of their two meetings last season.

Via Fansided, this is what Crosby had to say:

“I was close a few times. It pissed me off pretty much. Every second after that game was over, a couple times I was just mad. . . He’s a different type of player, too. He’s one of those guys. He just backpedals, he’ll throw the ball from weird angles, it’s not like sacking a regular quarterback. Yeah, I’m definitely looking forward to sacking him. It needs to happen. It’s definitely going to happen.”

I seriously don’t think Mahomes — who has won an NFL MVP and a Super Bowl MVP award in his two seasons as a starter — will worry about what any defensive player promises. Mahomes gets it. He knows what Crosby’s job is.

These two will be rivals for the next decade. There will be great battles. Bring it on. I can’t wait to see these two challenge each other Oct. 11 in Kansas City.

Meanwhile, on a more serious note, Crosby said on the same podcast that he has spoken out about racial injustice out of respect to his teammates and he felt like he’d be a coward if he didn’t speak up. Keep up the good fight, Maxx.