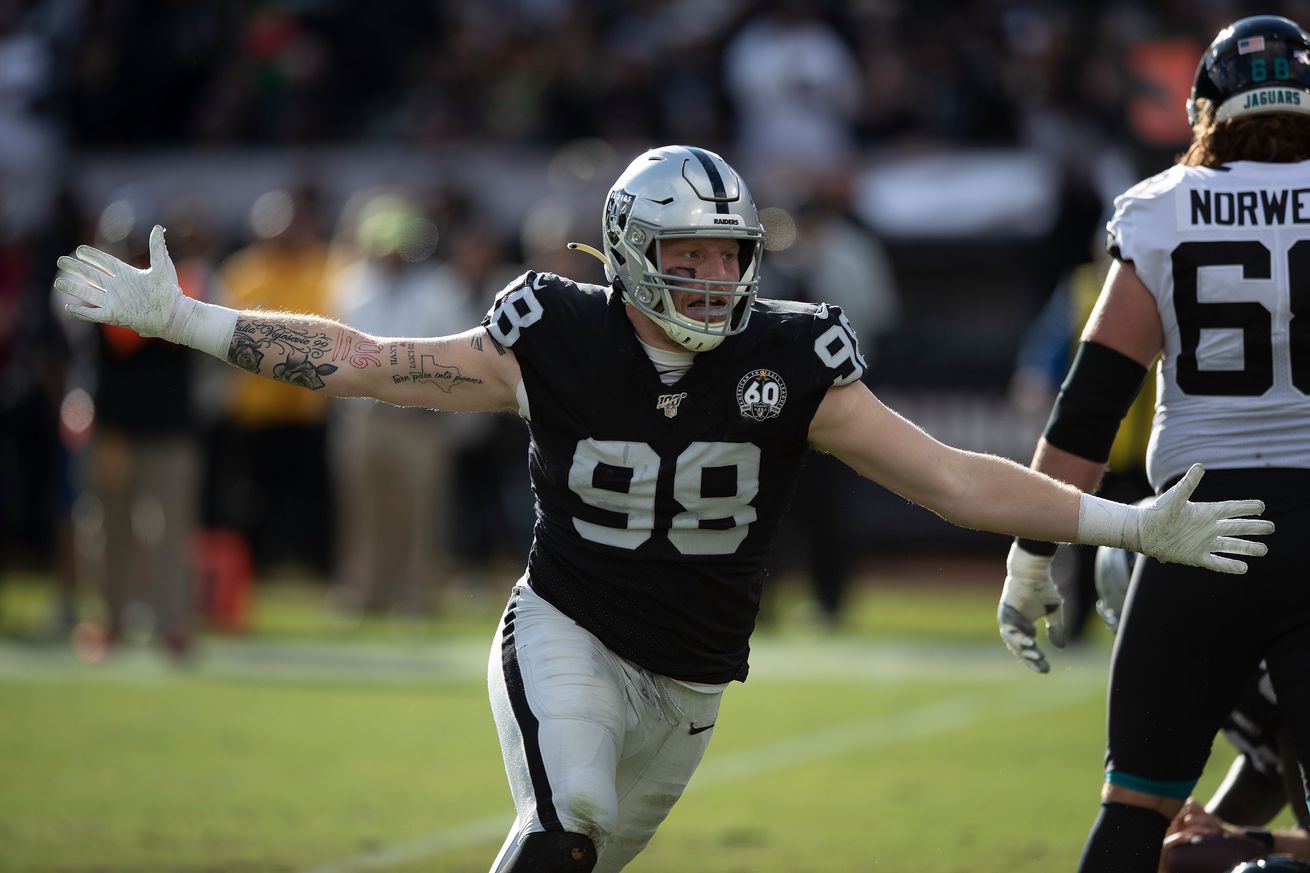 Players are wearing Silver and Black pride on their sleeve

This is becoming a thing.

On Monday, second-year Raiders’ defensive end Maxx Crosby tweeted out a photo of a fresh new tattoo and it’s a beautiful Raiders’ logo.

On the surface, this may look like a cute little gesture. But I see greater significance by these decisions these players are making.

These guys are obviously proud and happy to be Raiders. They feel good about the organization.

It’s pretty rare in this business-first world of professional sports, that we see these type of signs of loyalty displayed by players. Yes, these young Raiders aren’t the first pro athletes ever to get ink of their team’s logo, but it’s still pretty rare. To have a group like this, shows what great shape in this locker room is in right now. Strong chemistry leads to sustained victory.

Like Jacobs and Ferrell, Crosby is going to think twice when he had a chance to go into free agency in three years. It’s difficult to leave a team when you see the logo all day, every day.