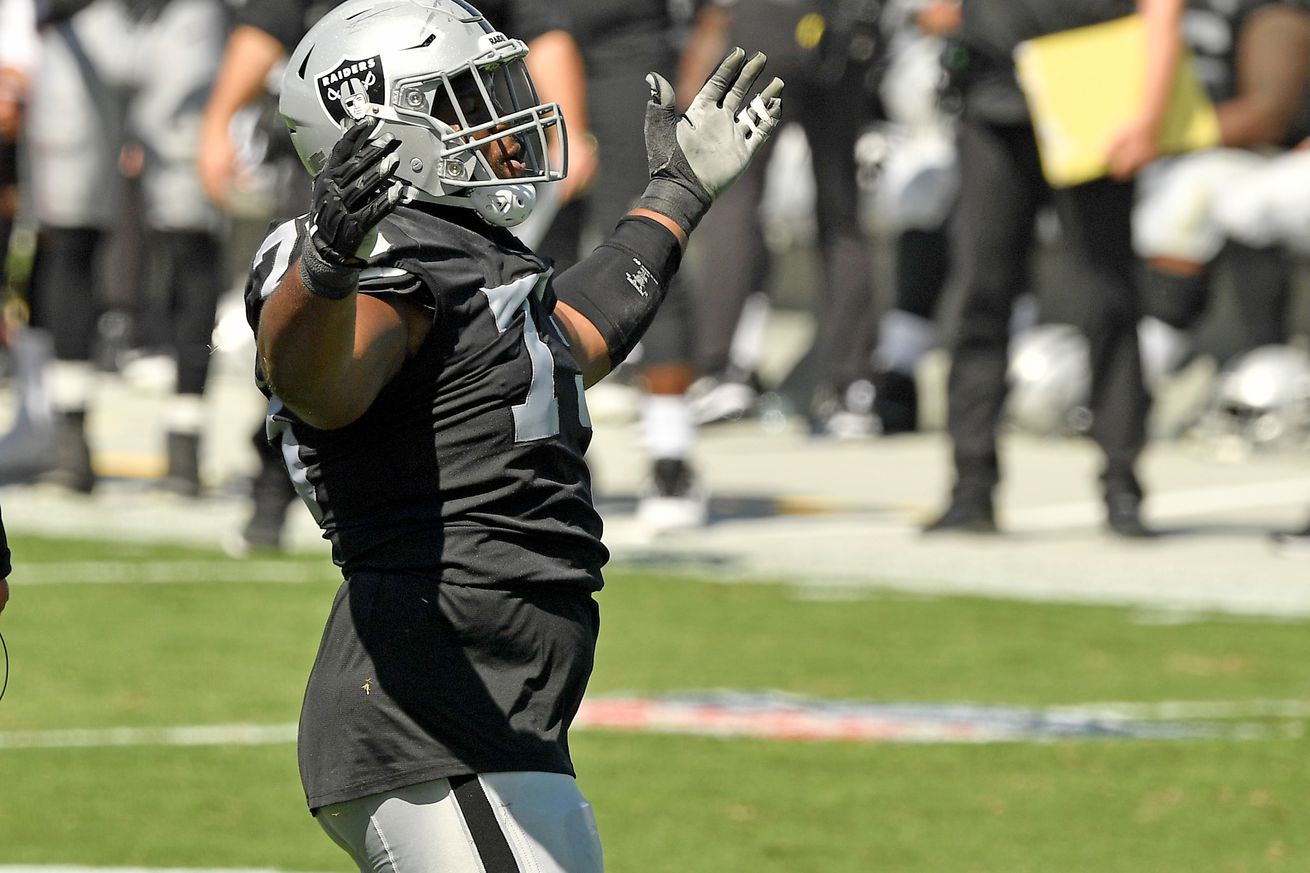 Raiders are deeper at defensive tackle in 2020

There were hints of what we saw on the Las Vegas Raiders’ interior defensive line Sunday in training camp. Coach Jon Gruden was very complimentary of free-agent addition Maliek Collins and Johnathan Hankins.

Gruden didn’t talk a lot about third-year player Maurice Hurst, who was considered a foundation player. During camp, I was told that the Raiders still like Hurst, but they are excited about other players in the rotation as well.

That was evident in Week 1 as the Raiders won at Carolina on Sunday. Collins played 47 snaps and Hankins played 39. Hurst’s snap count? Just 20.

Hurst did have a half sack Sunday. I expect him to still play plenty, but it was interesting to see him lose play time with Collins now in the mix.