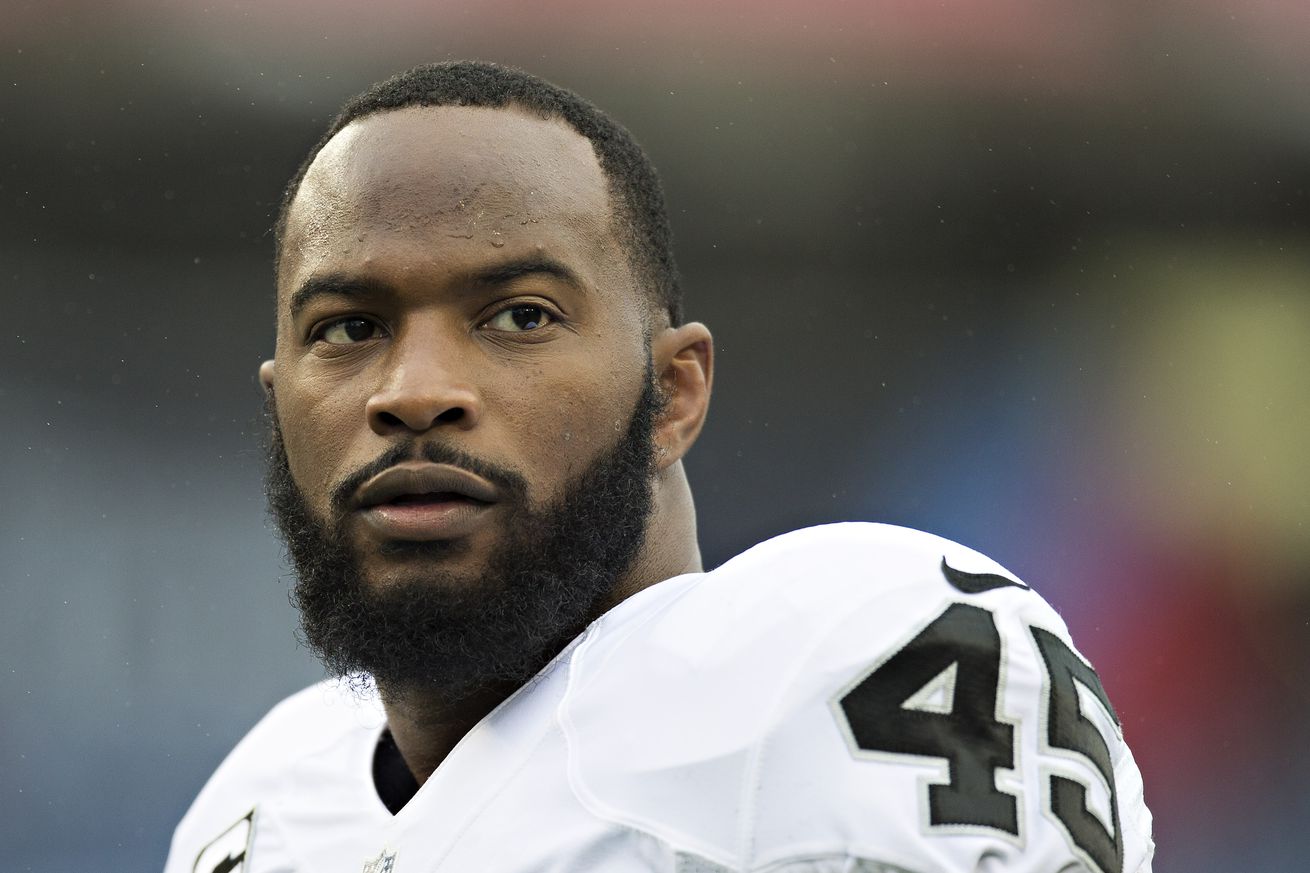 Marcel Reece spent seven seasons of his career with the Raiders. Now, he’s back with the team.

Don’t worry, he’s not going to be suiting up for the team. Having not played since 2016, that wouldn’t be ideal. Instead, he will be joining the Raiders’ Executive Team. He’ll be the senior advisor to the owner and president. Here’s the statement from Owner Mark Davis.

“I am excited to announce that Marcel Reece will be joining the Las Vegas Raiders executive team as a senior advisor to the owner and president. In this role, he will be reporting directly to myself and team president Marc Badain. Marcel will also help to develop, implement and manage many of the exciting programs we have in store as we begin a new era in Las Vegas. Welcome home, Marcel!!!”

During his career in Oakland, Reece played 92 games and started 67 games. He rushed for 844 yards on 4.6 yards per carry to go along with three touchdowns. In addition, he also caught 205 passes for 2,015 yards and 12 touchdowns.

Years ago when Reece was released by the Raiders, it was obviously a difficult decision for Davis. Here was his statement from four years ago after the release.

Four years ago, Reece wrote a letter to Raider Nation in which he closed it with “This is not a good-bye but see you later.” You’ll love the way he began his statement on Friday.

“Well, later is here!” Reece said in a statement Friday. “I am honored to take on this new challenge with the Raiders organization and look forward to bringing a different perspective to the table. We have the opportunity for a fresh start in a new city and this is the right time for new creative ways of thinking. I have seen the commitment by management to evolve the culture and take the club in new directions. I am extremely excited to be a part of that evolution. I am committed to bringing the same passion and excellence off the field that I had on the field in my eight seasons with this organization.”