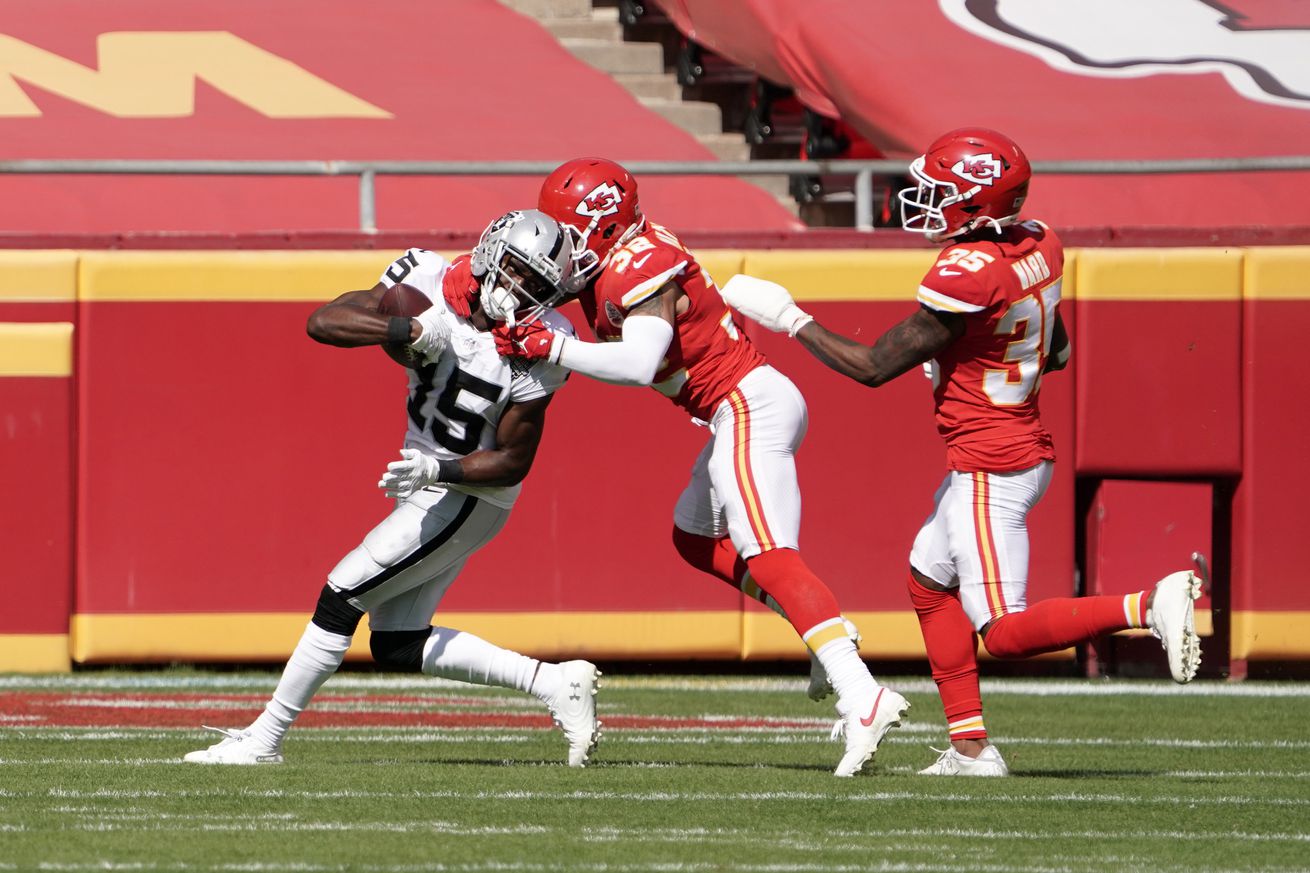 The Las Vegas Raiders beat the Kansas City Chiefs at their own game on Sunday.

The Raiders’ 40-32 upset win at Arrowhead Stadium — their first win there in eight years — was powered by several big offensive plays.

Yes, Patrick Mahomes and the Chiefs are usually the kings of the explosive offensive play. But on Sunday, Raiders’ quarterback Derek Carr and crew took over the highlight-reel plays and it’s a big reason why the Raider won.

Las Vegas had 15 plays of 15 yards or more Sunday. Kansas City had 11. Those four plays were a big part of the difference in the results.

Whether it was a 72-yard bomb from Carr to rookie receiver Henry Ruggs, a 59-yard touchdown pass from Carr to Nelson Agholor or a 43-yard run by Devontae Booker, the Raiders were extremely explosive Sunday. It was something to remember.

Shock the world: Josh Jacobs had a message late in the Raiders’ upset win Sunday.

No cupcake schedule: The Raiders have played some strong teams this season and they are 3-2.

Expectations raised: The Athletic writes Derek Carr and the Raiders have raised the bar with this win.

A thing of beauty: Look at these offensive stats.