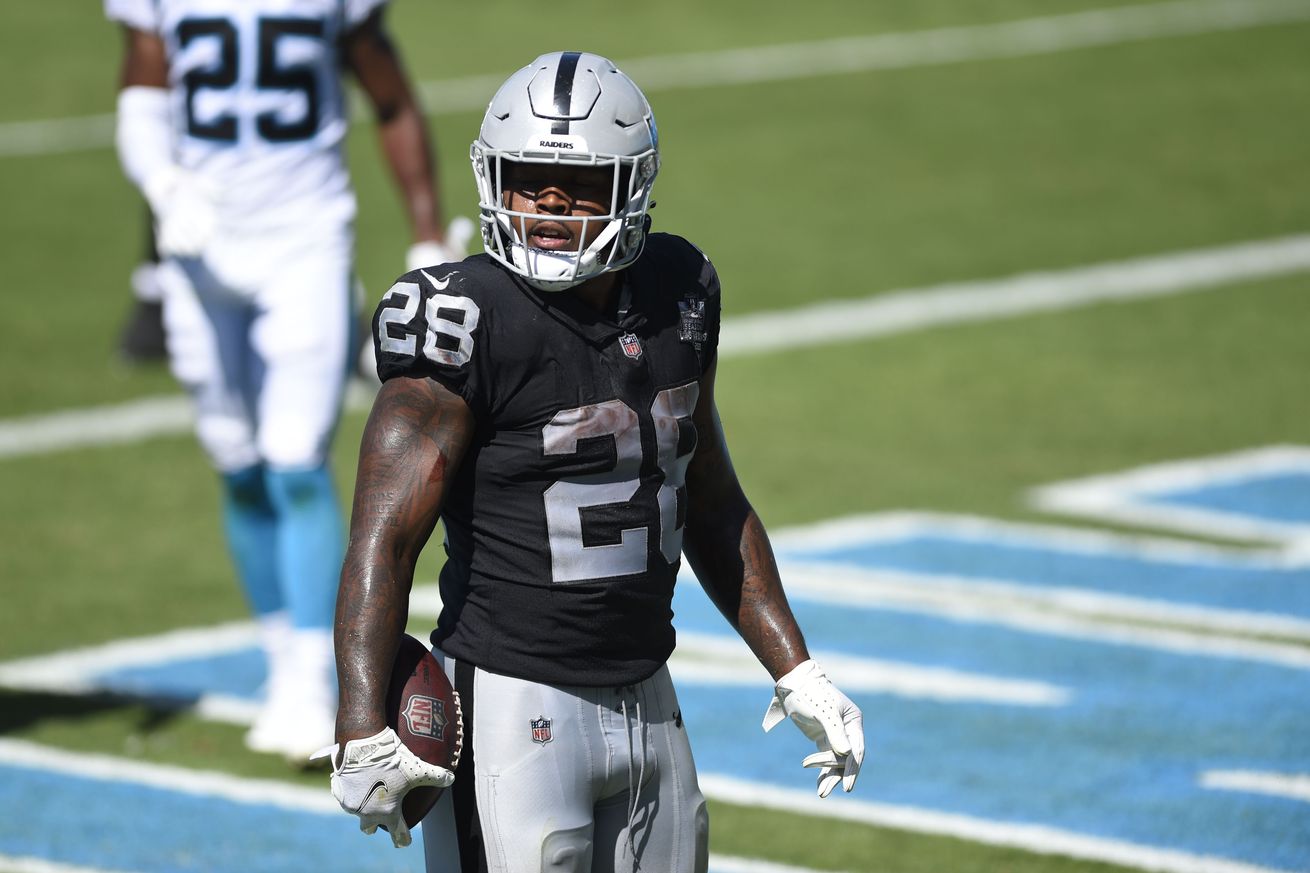 Jon Gruden on Jacobs’ performance in Carolina: “It was hot as hell and he insisted that he got the ball. He is special”

One of the biggest takeaways of the Las Vegas Raiders’ season-opening victory at Carolina on Sunday was the great game by second-year Raiders’ running back Josh Jacobs.

The No. 24 overall pick in the 2019 draft had a great rookie season with 1,150 rushing yards in 13 games. On Sunday, the Alabama product had 93 rushing yards and three touchdowns on 25 carries in the 34-30 win. He also added four catches for 46 yards, compared to 20 receptions last season.

Jacobs earned a reputation last year for pounding the ball late in games and his touchdowns with just over four minutes remaining proved to be the difference in the game. After Sunday’s game, Raiders coach Jon Gruden said Jacobs reminded him of Walter Payton. You know … one of the best players to ever play in the NFL.

That’s some huge praise. Yes, Gruden has tendency to get excited after wins, but there is no doubt Jacobs is a special player. He is an element opposing defenses have to worry about at all times, especially late in the game.

Whether or not he becomes the next Payton is not important, what is important, is the Raiders are set at the position for a long time.