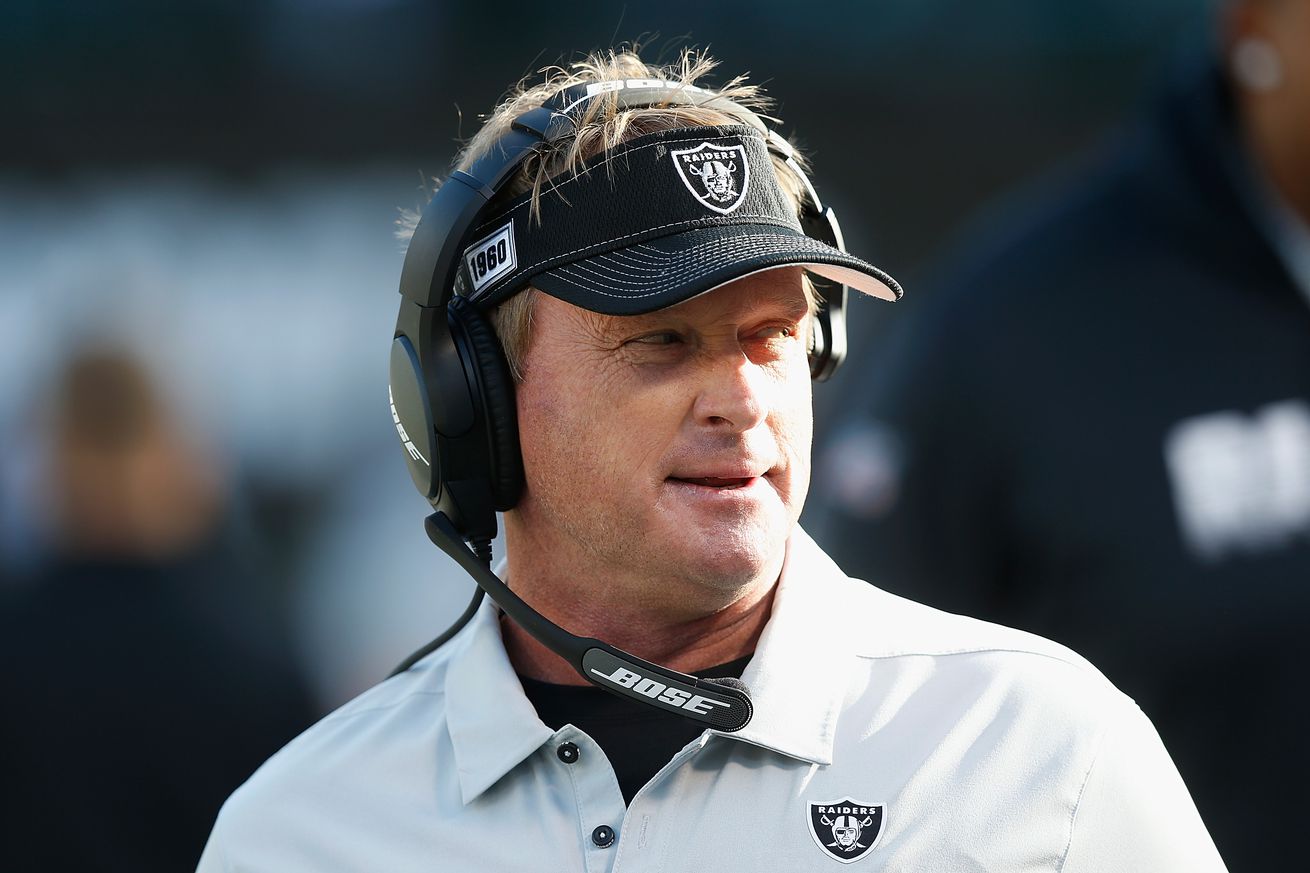 While workers are putting the final touches on the brand new Allegiant Stadium, they were given a surprise message from the head coach of the Raiders. On the jumbotron for all to see, Jon Gruden shared these words with the workers.

@raiders coach Jon Gruden has a message for our incredible construction workers. Share this post to show them some love!

“I just have to tell you, the stadium looks freaking awesome,” Gruden said. “It’s the greatest thing I’ve ever seen. And I just want to congratulate all you workers for an incredible accomplishment during adversity. It’s the two-minute drill. You’ve done 99 percent of the work, maybe 97 percent of the work. I just challenge you to finish like a champion.”

It was the first time that the video boards worked with both video and audio, so I guess there’s not really a better way than to break em in.

The cost of the stadium was more than $2 billion, and construction began back in November of 2017. It’ll be ready for the start of the 2020 season, but the question still looms as to whether or not there will be fans in attendance.

It will be a state-by-state decision as to whether or not fans will be allowed, but the Raiders are hopeful that fans at some capacity will be able to watch their team in person in 2020. The NFL season is still two months away, and a lot can happen between now and then. However, regardless of whether or not there will be fans in the stands, I think there’s one thing we can all agree on.

That stadium is going to be a “must visit” for every NFL fan.