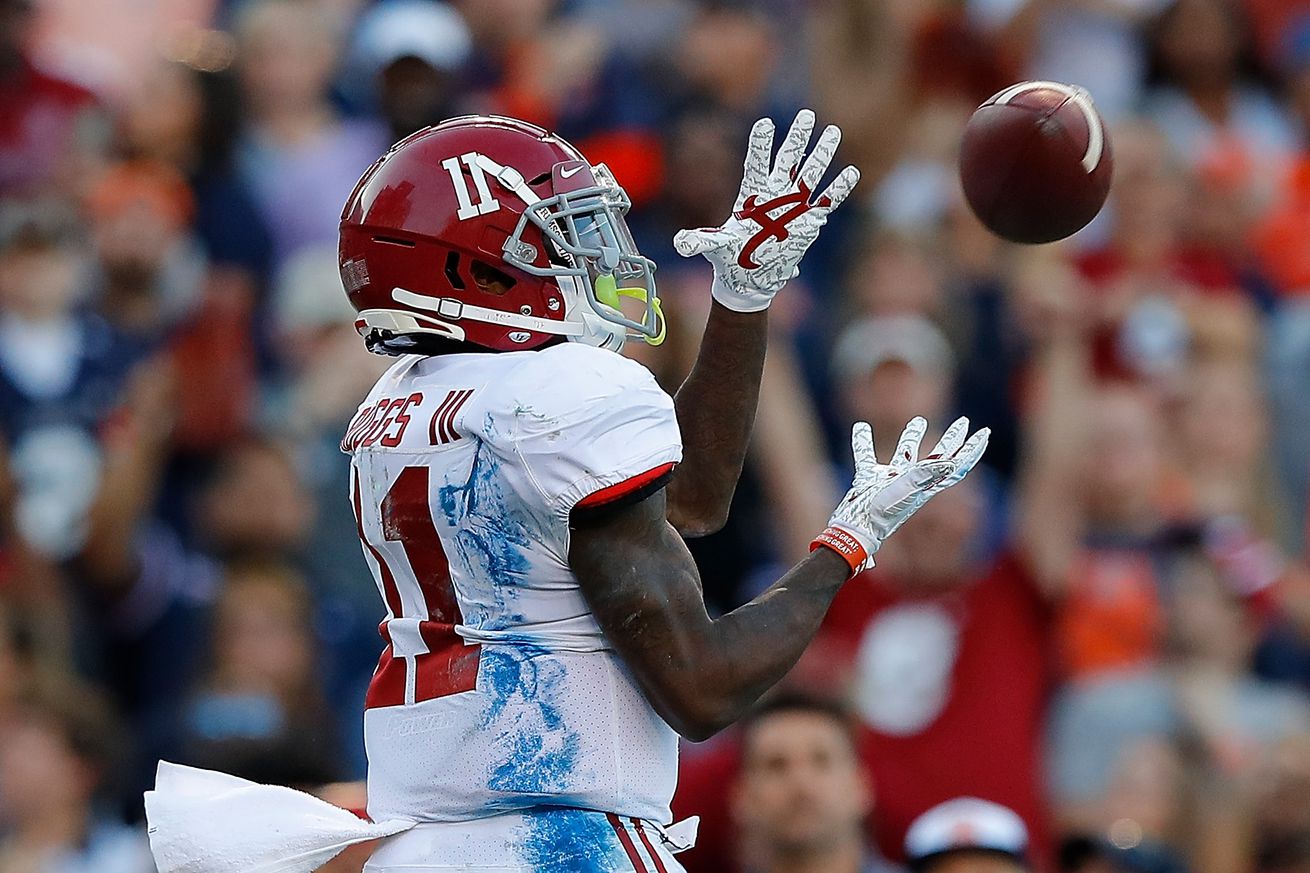 He was the first WR taken off the board

Although the season is still a few months away, and we won’t truly know this answer until probably January, it’s fun to take a look at early season rankings. These rankings come from Cynthia Frelund, as she ranked the 10 rookie wide receivers who she thinks will be the most productive in 2020.

Spoiler alert, Henry Ruggs doesn’t come in at No. 1. That honor goes to CeeDee Lamb of the Cowboys. However, Ruggs does come in at No. 2. Here’s what she has to say about Derek Carr’s newest target.

Ruggs could have more fantasy upside with the Raiders than Lamb does with the Cowboys, but there could also be a lot more potential downside with Ruggs than with many of the receivers ranked lower on this list. Ruggs lined up wide in 80 percent of his Alabama snaps and last season earned 10.5 yards after the catch per reception (third-most in the SEC among those with 30-plus targets, per PFF). Ruggs is a riskier pick, because while his physical attributes (he’s fast, if you haven’t heard) project for a lot of opportunity and have driven success in past offenses run by Raiders coach Jon Gruden, other key high-value metrics, like route-running aptitude (computer vision shows he hasn’t run the full route tree as often or as precisely as other receivers in this class), are unknown and therefore introduce fantasy risk. Preseason performance will likely help refine Ruggs’ projection more than it will for any other rookie wideout. Ruggs is currently my No. 42 WR overall.

You can make the case for any of these top wide receiver prospects. There’s a number of them who are poised to have a great season in 2020. I don’t really agree with Lamb being the No. 1 pick, as he currently sits behind Amari Cooper and Michael Gallup. Although he’s not the Raiders’ No. 1 option right now, it’s possible that Ruggs can cement himself as the best receiver on the team by the end of the season.

There are more targets for Carr than last year, but Ruggs really has the chance to break out and become the QB’s favorite weapon.

Again, it’s too early to tell, but Ruggs is in the perfect position to establish himself as the top wide receiver in this class. After all, he was the first receiver taken in the draft.

Happy Father’s Day, everyone. To all the dads out there, I hope you have a great day. I thought this would be a fun opportunity to ask you all to share something special. In the comments, share your favorite Raiders moment you’ve gotten to experience with your father. It could be watching a game at the stadium, at home, or just rocking Raiders gear together.