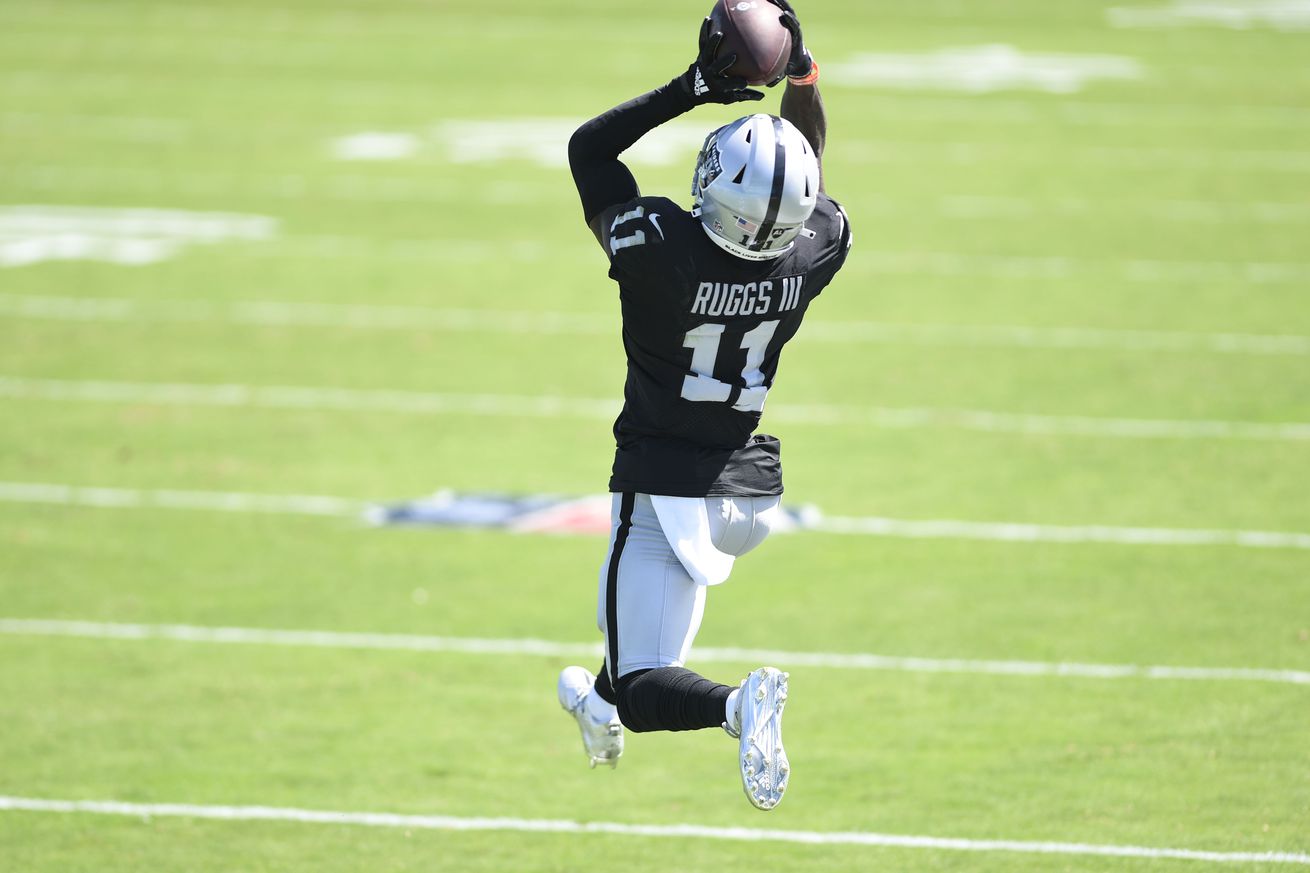 Good news, Raiders fans. It looks like the team’s first-round wide receiver will be returning on Sunday. Henry Ruggs has missed the last two games with knee and hamstring injuries, but all signs are pointing towards him returning this weekend at Kansas City.

Ruggs was limited in practice on Wednesday and moved up to full participation on Thursday. If Ruggs makes it through Friday without any problems, expect him to be back this weekend.

He had three catches for 55 yards in his debut against Carolina, but exited the game with an injury. The following week at game against the Saints, he caught one pass for four yards as he dealt with injury yet again. Hopefully he’s healed up and ready to go for the remainder of the season.

Get caught up on the latest injury report here.