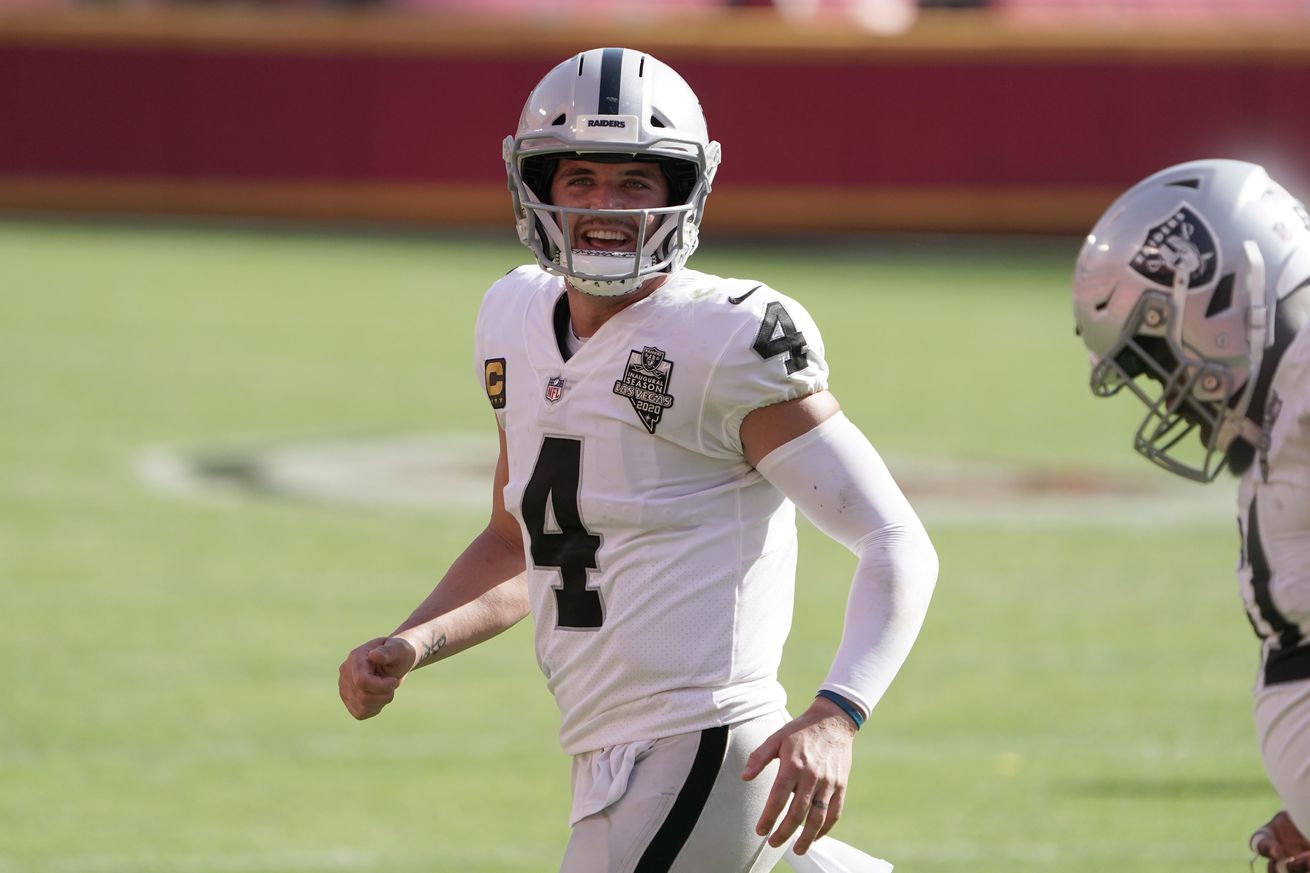 What grade would you give them?

We’ve reached the bye week, and the Raiders are currently sitting at 3-2. They’re coming off their best win in some time and look to continue to build momentum towards reaching the playoffs.

Though we’re only five weeks into the season, what grade would you give Las Vegas so far?

The offense has performed a lot better than expected. They’re averaging 399.4 yards per game, the seventh best in the NFL. Derek Carr has been fantastic. He’s completing 73 percent of his passes for just under 1,500 yards with 11 touchdowns and only one interception.

On the rushing side of things, Josh Jacobs has 377 yards and five touchdowns on the ground. Darren Waller leads all pass-catchers with 34 catches, 295 yards and had two touchdowns.

Defensively, things have been a little more difficult for the Raiders. They’re allowing just under 394 yards per game. Only eight teams are allowing more. The 30.4 points per game they are allowing is the sixth worst.