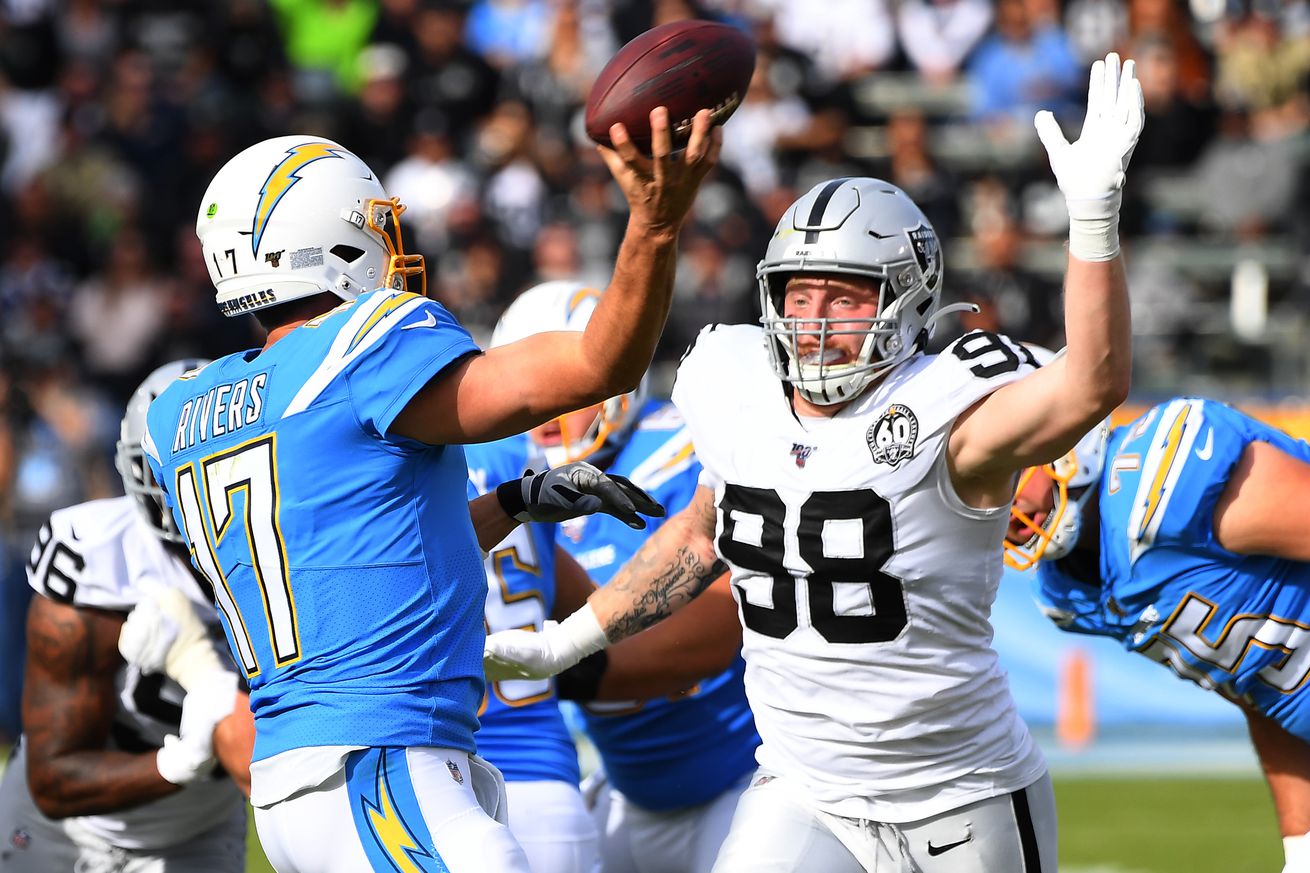 CBS Sports gave us a reminder that the AFC West is stacked with young talent.

It ranked the top 25 NFL players under the age of 25. Kansas City Chiefs quarterback Patrick Mahomes, who has won an NFL MVP award and a Super Bowl in his first two seasons as a starter, is ranked No. 1. Who else would it be, right?

The Chargers have two players on this top-25 list and the Denver Broncos have one, while the Raiders are not represented at all.

Don’t fret. I can see that changing in 2021 as the Raiders have a ton of developing players.

I can see both running back Josh Jacobs and defensive end Maxx Crosby vying to make this list in 2021. Both were in the hunt for the 2019 Offensive and Defensive Rookie of the Year voting, respectively.

Jacobs, a standout running back, will be 23 this time next year. If he has another huge season in 2020 (and I expect him to be even better than he was as a rookie), he should be a real contender to make this list. Meanwhile, Crosby will turn 23 in August. He had 10 sacks as a rookie so if he continues to make strides, he too is a strong candidate to make this list next year.

As the 2020 lists shows, the Raiders need to continue to develop young talent to keep up with the rest of the division.