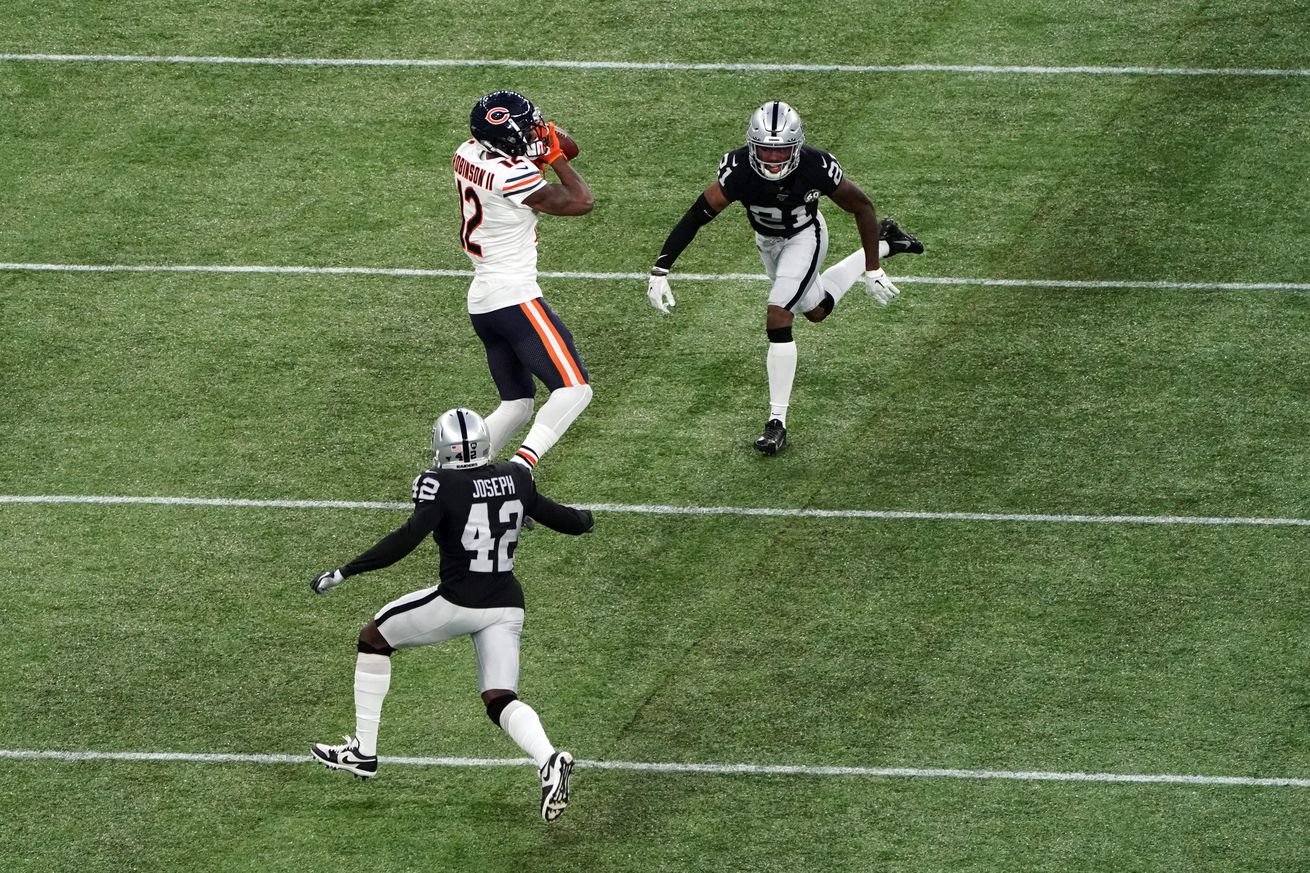 Bears’ star wide receiver is unhappy in Chicago – should he move to Las Vegas?

We discuss the possibility of certain players ending up with the Raiders for two reasons: I get hundreds questions about it — and with the Raiders, you know a big move is always possible.

That puts Allen Robinson under our microscope: The standout Chicago Bears’ wide receiver made news on Tuesday when it was reported he is not happy with his contract situation. He can be a free agent next year.

Do I think the Raiders can pursue him? Well, it depends. If the Bears trade him this season, I think there are other teams that might make a bigger push (although I never say “never”). But if Robinson gets to free agency next year, I can see the Raiders being a potential buyer. They will have the cap room (and they can easily get out of Tyrell Williams’ contract) and they should be appealing to Robinson because of the offense and there is no state tax in Nevada.

Yes, I know the Raiders have rookies Henry Ruggs III and Bryan Edwards at the WR position. But I think the Raiders would love for Ruggs to have the freedom of moving around in Jon Gruden’s playbook. A Robinson, Edwards, Ruggs and Hunter Renfrow receiver crew could be stupid good.

The potential for this happening, at some point, isn’t totally out of the question.