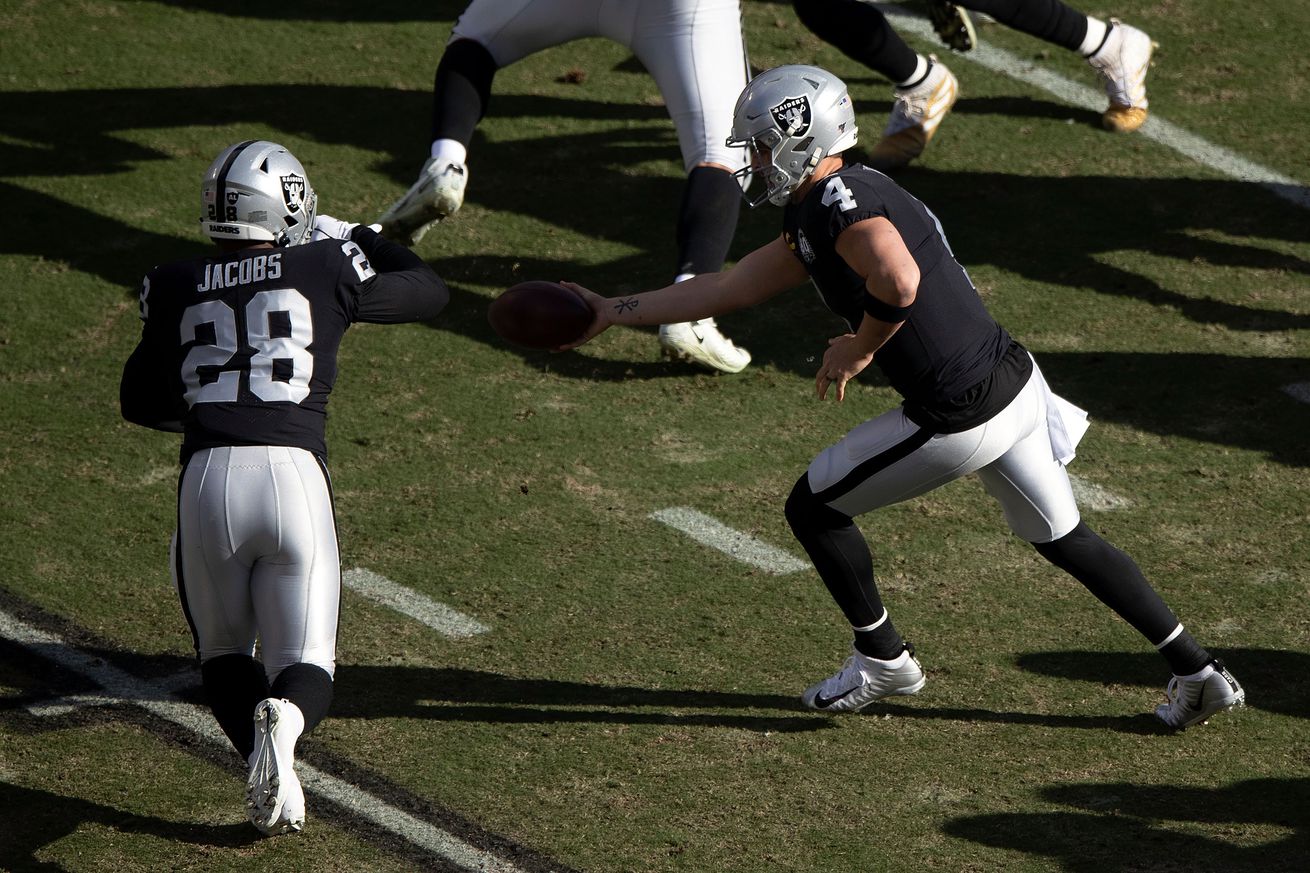 Carr, Jacobs and Ruggs could be special for Las Vegas

Pro Football Talk posed a question to fans on Wednesday asking what is the best set of NFL “triplets” in 2020?

The 1990s Dallas Cowboys’ dynasty was famous for its group of triplets: Quarterback Troy Aikman, running back Emmitt Smith and receiver Michael Irvin. All of three of them are now in the Pro Football Hall of Fame.

Which team has the best set of quarterback, running back and receiver in the NFL at the moment? Everyone has their choices, but a popular answer is Drew Brees, Alvin Kamara and Michael Thomas in New Orleans.

If the Raiders are going to be true Super Bowl contenders this decade, they will need to have a dangerous set of triplets of their own. Las Vegas hopes the trio is already on the roster.

A group of quarterback Derek Carr, running back Josh Jacobs and rookie receiver Henry Ruggs III could be the answer in Las Vegas. Perhaps third-round pick Bryan Edwards can enter that conversation as well.

Jon Gruden has continued to bring in young players to surround Carr. The Raiders picked Jacobs in the first round last year and added his Alabama teammate Ruggs with the No. 12 pick this year. They were drafted to help Carr and, in a perfect world, become the next great set of NFL triplets.