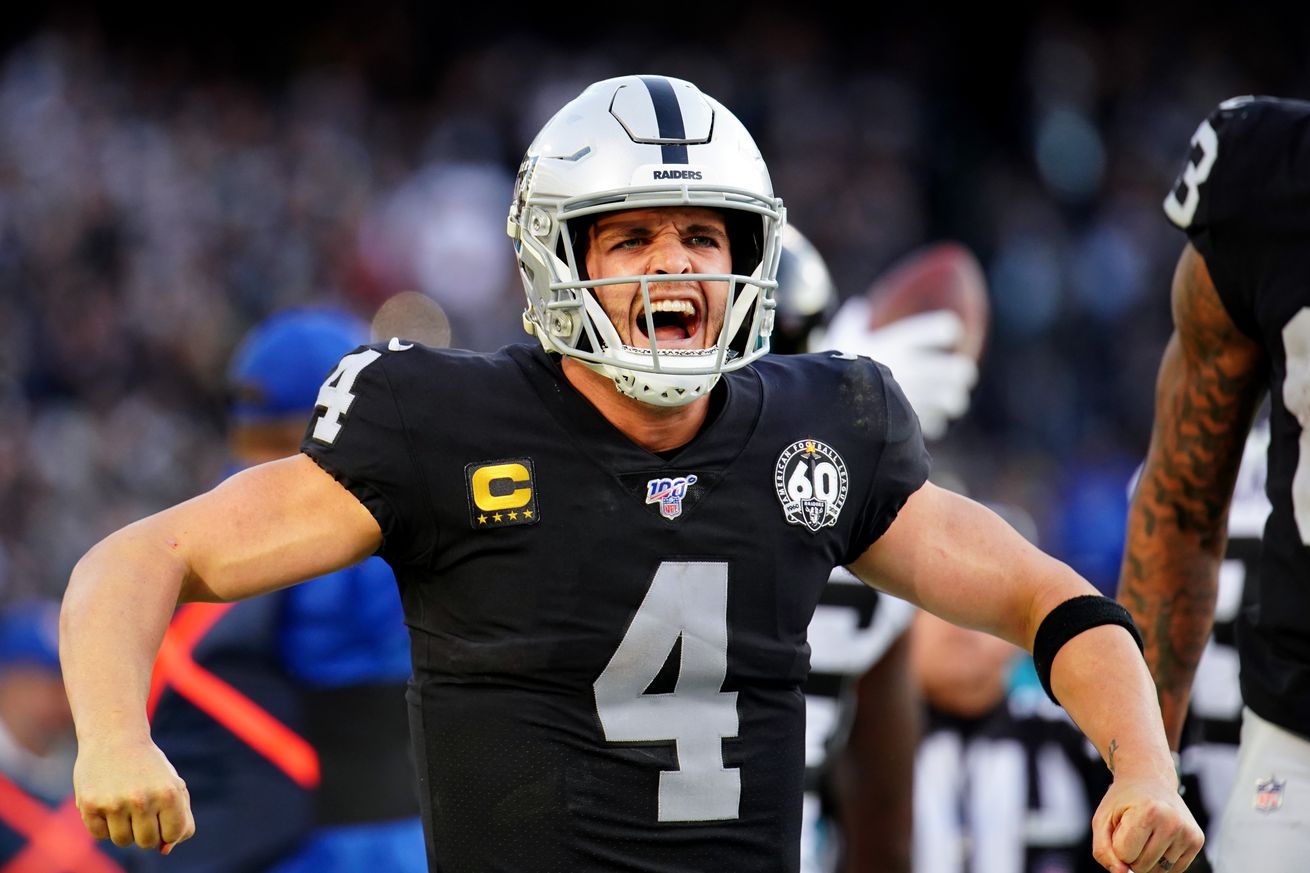 Can Carr shock the world and win MVP?

Though the NFL season is (maybe) months away from beginning, it’s never too early to start making bold predictions for the 2020 season. NFL.com posted an article featuring nine players who can be “Dark-horse” candidates to win the NFL MVP this upcoming season.

One of the nine players included was Raiders’ quarterback, Derek Carr.

Now playing in a brand new city, surrounded by more weapons than he’s ever had, this may be Carr’s time to thrive and perform like never before.

Per Adam Schein of NFL.com:

I was honored to be part of “The Carr Six” — the half-dozen AP voters who entered Derek’s name on the MVP ballot back in 2016. He was superb that season before breaking his leg in Oakland’s Christmas Eve win — a devastating injury that prevented the 12-4 Raiders from realizing their potential in the postseason. I know he has it in him. Honestly, it feels like I like Carr more than the Raiders do. But Carr knows this is a critical year, with Marcus Mariota now breathing down his neck.

I think the former second-round pick rises to the occasion. I foresee Carr maximizing first-round burner Henry Ruggs III early and often. I envision the Raiders surprising some people this year, with Carr being the main reason why.