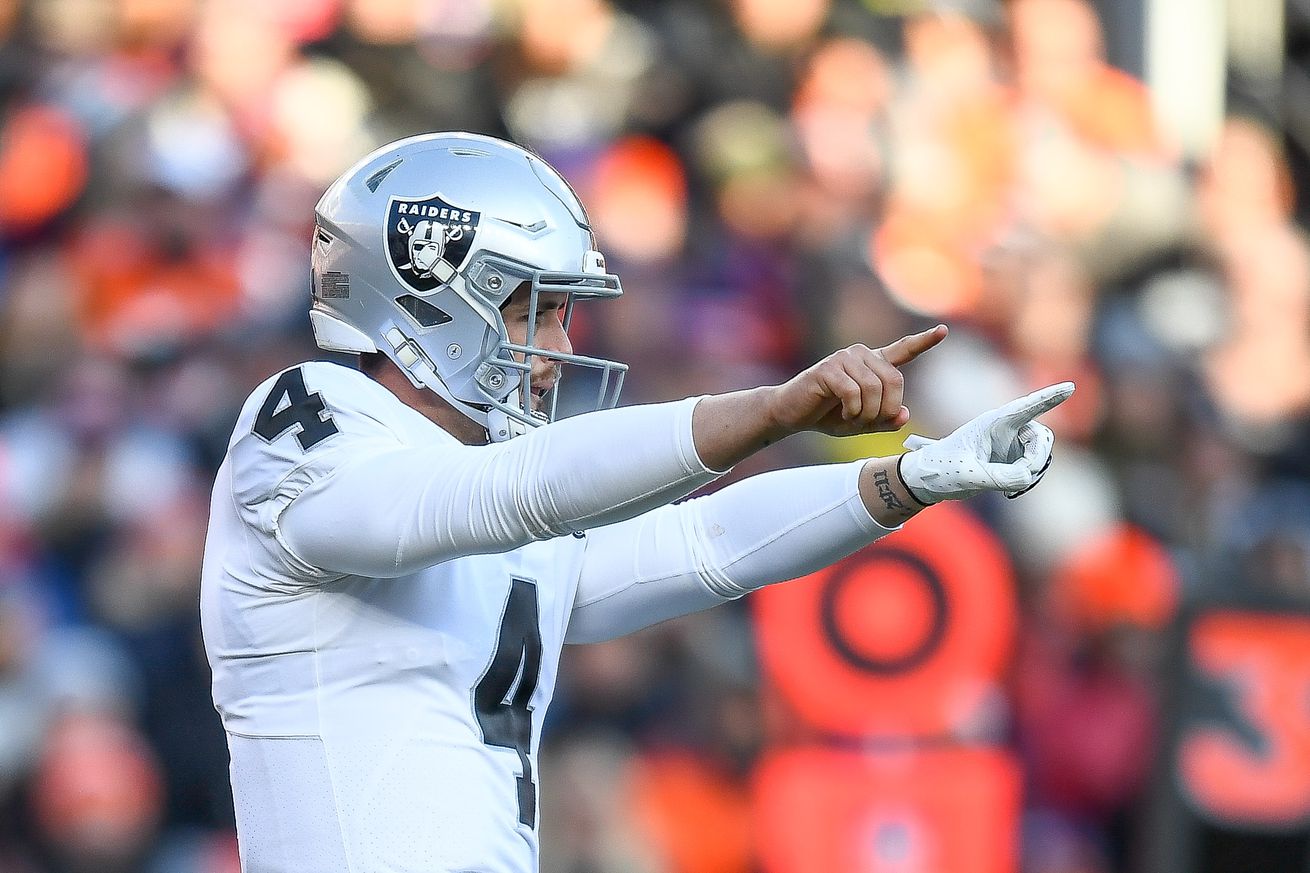 For the Las Vegas Raiders to join the league’s upper echelon of teams, and perhaps there is an opening in the AFC this year with Tom Brady now in the NFC, Derek Carr is probably going to have to play better than he ever has before. Which is actually quite significant, Carr has been pretty good a few times.

If the Raiders had an elite defense and/or played in a relatively easy division, then maybe “average” would work for Carr. Though I am intrigued by the defense and believe they’ll do better than most expect, and perhaps the AFC West won’t be as tough as projected, the most likely path to success would seem to be a powerful passing offense.

That’s not even something the pretty good Derek Carr has proven capable of yet.

Sam Monson of ProFootballFocus posted his QB rankings and placed Carr 14th, in between Matthew Stafford and Jimmy Garoppolo. I think the fact that Matt Ryan is eighth says a lot of things …

While being “slightly above average” at quarterback would be better than what the Raiders have had in many of their past seasons, and was acceptable in the beginning of Carr’s career, it doesn’t inspire the kind of optimism that posits Super Bowls and MVPs. Ryan is right on that cusp of being great — one MVP award, one Super Bowl appearance — and I think deserving credit of being able to carry his team to victories in high pressure situations.

Dak Prescott is ninth and while he could become that some day, he hasn’t proven it yet.

Aaron Rodgers is seventh. Deshaun Watson is sixth. Tom Brady is fifth. And so on. This is the category of quarterback that the Raiders would like to see from Carr, or someone else if they have to, this season. Because it may be their greatest hope towards joining a small group of teams in the conference who could have legitimate championship aspirations.