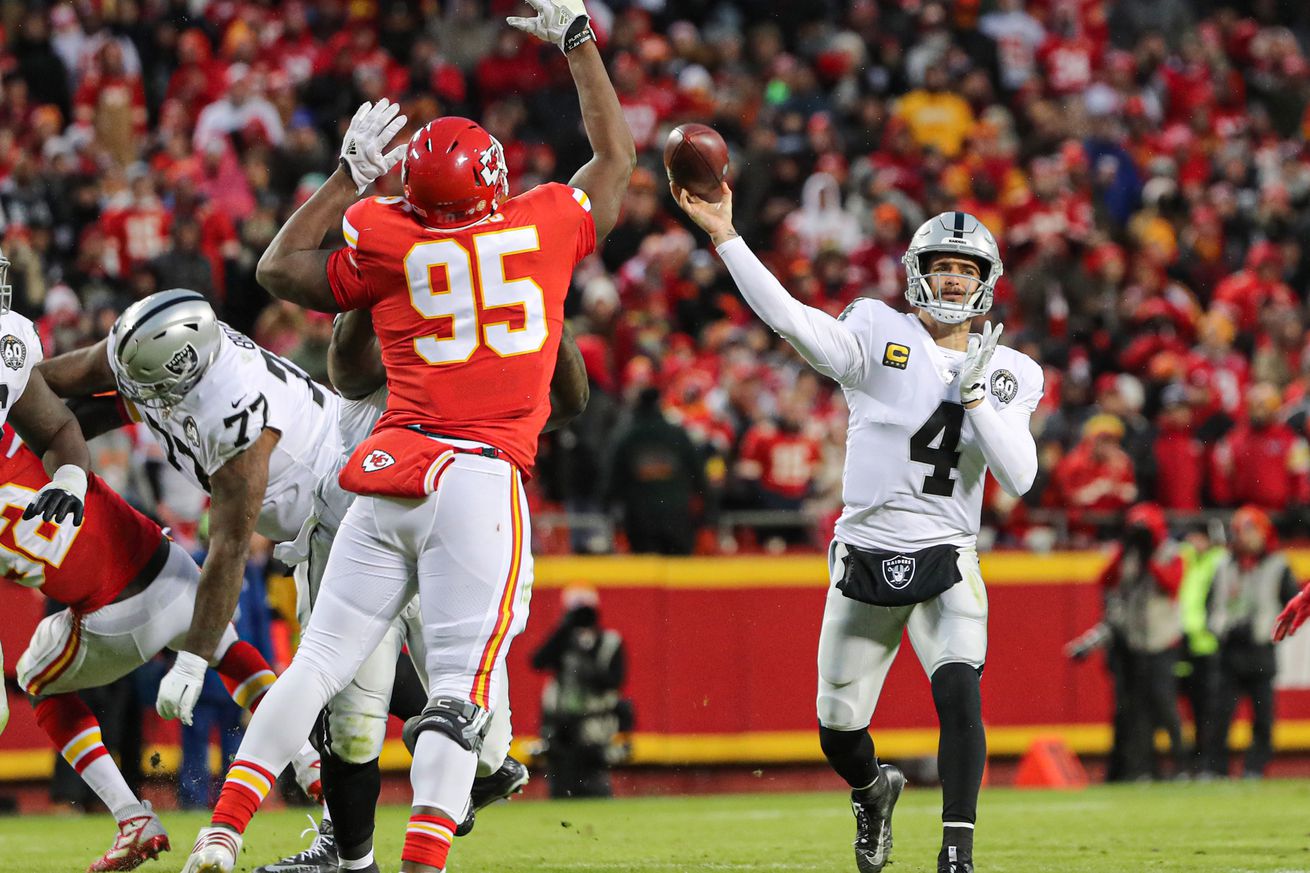 Raiders quarterback is 0-6 at Kansas City

Coming off two straight losses, Derek Carr said after last week’s loss to the Bills that he was “tired of losing.” He has an opportunity to feel much better by getting his first win at Arrowhead Stadium this Sunday.

Carr is 0-6 at Kansas City in his career and he has struggled mightily in most of his games there. Carr is aware of his issues against the Chiefs.

Carr on the Chiefs: “To be honest, to call it a rivalry we have to win some games against them.”

Raiders coach Jon Gruden knows Carr needs to change his Arrowhead Stadium fortune and he said it begins with winning the turnover battle, which hasn’t been the case lately against the Chiefs.

“Derek’s going to hear it (losing in Kansas City) until we do it. But, he’s the biggest reason I think we have a chance to do it,” Gruden said. “We have to play better around him. We can’t turn the ball over. If you look at the turnover ratio in the four games since I’ve been back coaching against Kansas City, it is almost embarrassing.”

On Sunday, we will see if Carr and Gruden will have more embarrassment or finally get some relief in Kansas City.