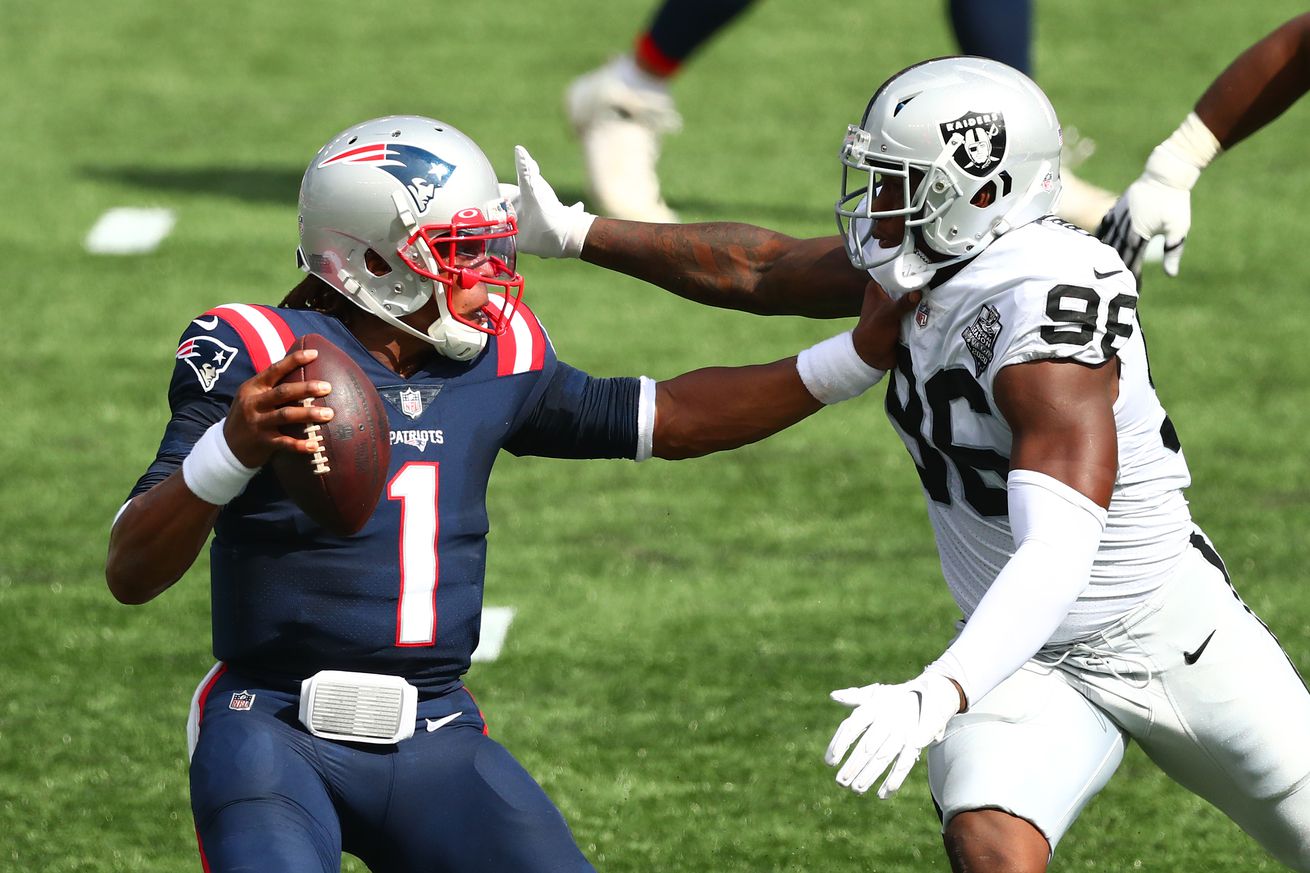 One of the biggest mismatches during the Raiders’ 30-23 defeat at home to the undefeated Buffalo Bills occurred when the visitors had the ball.

Starting defensive end Clelin Ferrell was only on the field for 35 plays. He didn’t have a reported injury, so it was likely a coaching decision when he was on the sideline. Ferrell had played the vast majority of the snaps in the Raiders’ first three games in 2020. He was a starter last year after being the No. 4 overall draft pick in 2019 but didn’t make a lot of plays as a rookie and that frustrating trend has continued this year. Ferrell is just not making an impact.

The Raiders don’t have a lot of options, so expect Ferrell to keep playing, but he does need to start picking up his production or we may see more games when he doesn’t play as often.

Also, it was interesting that Arden Key played more than free-agent pickup Carl Nassib. After getting a nice contract this offseason, Nassib hasn’t produced much either.