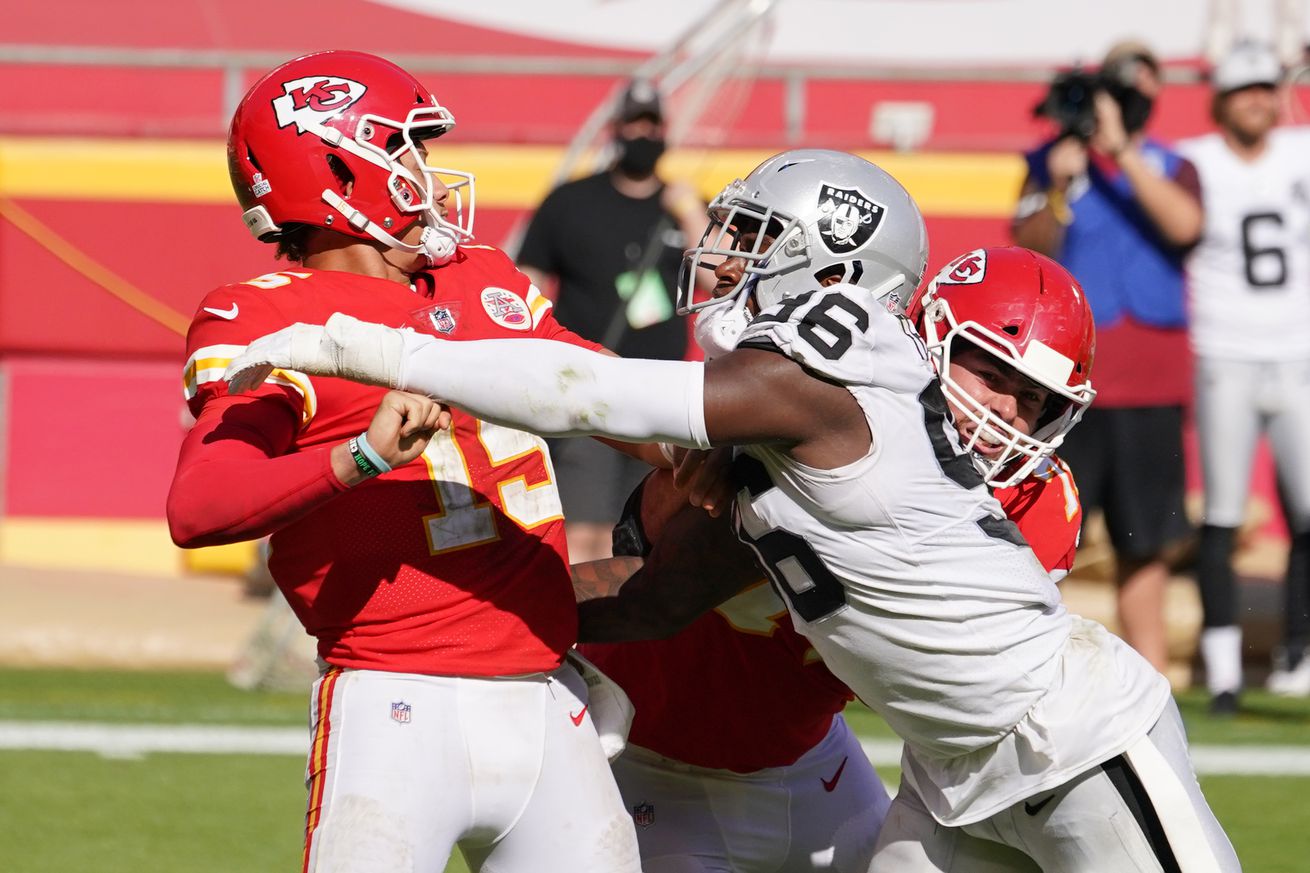 “I thought he had 13 or 14 factor plays that really helped win this game,” Raiders head coach Jon Gruden said

In Week 4, Clelin Ferrell’s role with the Raiders was reduced. A week later, the second-year defensive end responded in what Raiders’ coach Jon Gruden said was likely Ferrell’s best game of his short career.

“The statistics don’t always show what a player does,” Gruden said Monday. “Our factor grade, I thought he had 13 or 14 factor plays that really helped win this game. He played inside, he played outside, he showed the ability to convert his speed rush to power. He showed good chase and pursuit, great energy and effort.”

Ferrell hasn’t had a lot of good games in his NFL career and he played just 35 snaps in a Week 4 loss to Buffalo. But perhaps his performance at Kansas City will prompt a nice run by the Clemson product.