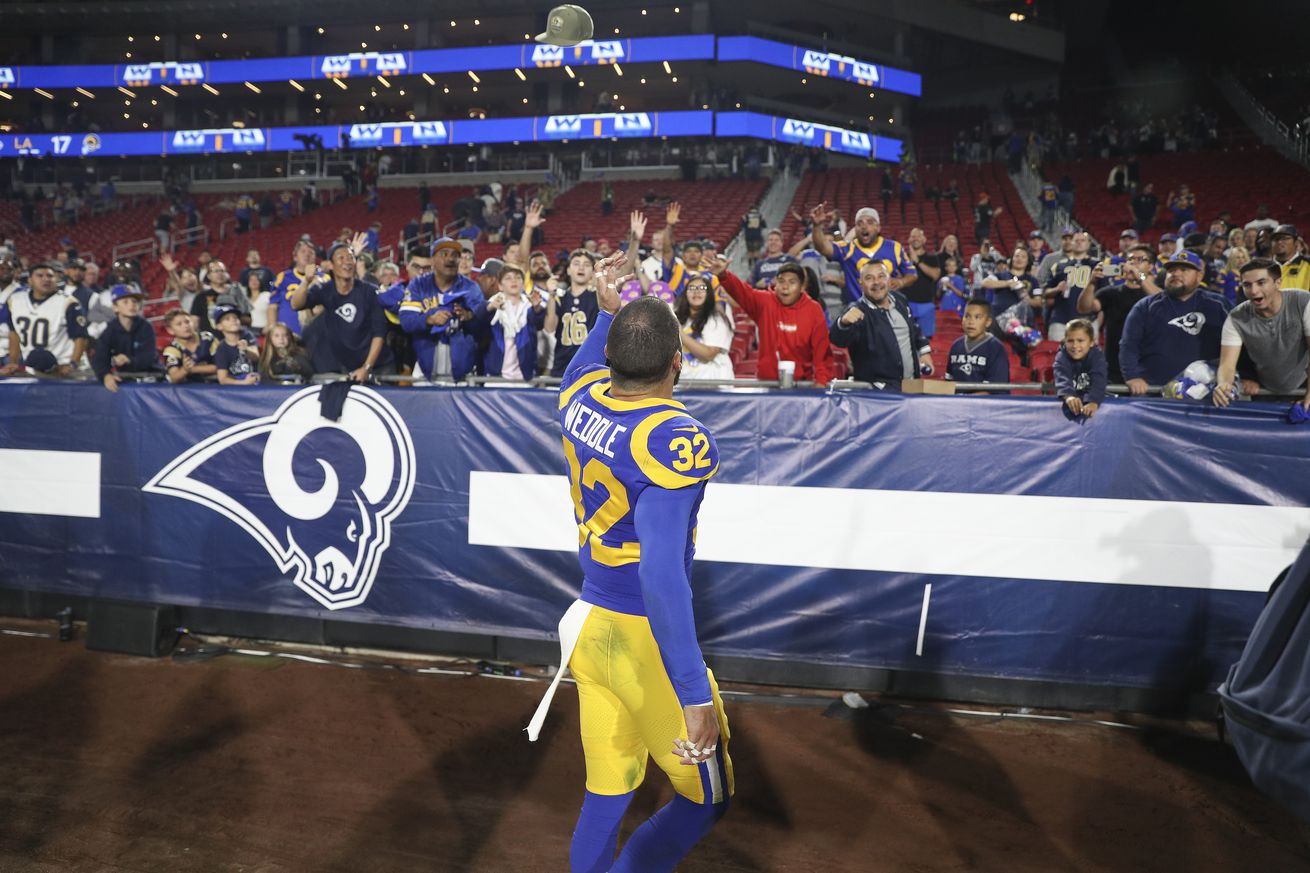 Las Vegas fits Weddle’s needs and could use defensive boost

The defense-needy Las Vegas Raiders may have an in-season option worth considering.

The NFL Network has reported Eric Weddle. who retired in the offseason after 13 NFL seasons at the age of 35, is willing to play in the right situation.

From @gmfb Weekend: While Earl Thomas waits (and hopes the #Cowboys suddenly come calling), there’s another intriguing veteran safety option for teams in the retired Eric Weddle, who has received offers and would entertain a comeback in the right scenario. pic.twitter.com/Taml1KCrFV

The network reported Weddle has already had interest from some teams, but he is looking for the right situation. He reportedly would entertain staying on the West Coast or going back to Baltimore, where he enjoyed playing from 2016-18. He also would want to play for a contender.

An NFL source told Silver and Black Pride that Weddle could potentially consider playing for the Raiders. Thus far, they have not called him. The location is right. the Raiders are in the AFC playoff mix at 2-2, Weddle is a fan of Raiders’ coach Jon Gruden and he has a relationship with quarterback Derek Carr. So, the boxes are check in terms of fit.

The Raiders certainly could use a lift on defense. They are allowing an average of 30 points a game. Weddle would offer veteran stability and leadership on a young secondary that has been beat up by injuries.

Again, nothing is cooking yet, but there are enough connections here that makes a pairing plausible.